B Site league officially announced as "FLASHPOINT", to offer over $2 million in 2020

The team-owned league launching in March up until now known as B Site has been officially announced, boasting the name FLASHPOINT, which will offer over $2 million in prizemoney over two seasons in 2020.

The news was revealed on Wednesday during a press conference held in London, where some of the broadcast talent, representatives from the organizations involved, and players from the participating teams were present.

As previously revealed, FLASHPOINT was devised by some of the team organizations "to address a lack of stability and long-term investments, and the immediate threat to team organizations of the establishment of a tournament organizer monopoly." As such, the company behind the league will be co-funded by ten team organizations, with the total investment into the creation of the project amounting to a staggering $25 million. Six of them are currently known and comprise Cloud9, MIBR, MAD Lions, Dignitas, Gen.G, and c0ntact, with four more set to join them on the ownership level.

"Today, many esports leagues are fundamentally broken, pitting the leagues against teams and players to bicker over divergent interests and scraps of economics. B-Site radically changes the model by bringing all groups together to share the rewards of their collective success,"

"While there are many reasons to be excited about FLASHPOINT, two stand out: first, there is deep alignment among the participating organizations, league operators, broadcast talent, and players about how and why FLASHPOINT can and should be different, and additive to the overall CS:GO ecosystem. It's fun and inspiring to be collaborating with great people and entities from multiple stakeholder groups. I think it makes us all better. Second, this truly is a new and different product for fans. Our analysis is that fans have long-clamored for a product like this, and we've worked hard to be able to bring that desire to life."

Two more participating teams will come from a set of two-stage qualifiers in Europe, North America, and South America beginning on February 6, which will culminate at a global LAN qualifier in Los Angeles on March 3-5. The qualifying process will have $100,000 in prizemoney on offer.

With FACEIT acting as the league's operator, FLASHPOINT will be played in a live studio environment and host two seasons annually, with its prizepool totaling over $2 million in 2020. Financial support for up-and-coming teams will be built into its infrastructure — at the very least offering a $25,000 monthly stipend to qualified teams without organizations behind them.

The first season, which is set to launch in March, will be played in two phases, where the participants will garner points depending on their placing. Each phase will feature three best-of-three double-elimination groups seeded in a special manner, partially by the teams themselves. At the end of the first two phases, eight teams with the most points will advance to double-elimination playoffs.

More information about the details of the format, such as the fashion in which the teams will seed each other, can be found in the video below:

The league promises unique entertainment targeted at adults, citing inspiration from the WWE and UFC. It has previously been announced that the broadcast will be spearheaded by Duncan "⁠Thorin⁠" Shields as the Creative Director and on-air talent, with several other well-known names joining him in front of the cameras, including Christopher "MonteCristo" Mykles, who previously worked on the Overwatch League and on various League of Legends broadcasts.

ColdBlooded
Don't worry, you'll surrender again sometime soon and we'll come and buy your country's freedom again with the lives of young American men due to your incompetence.
2020-02-06 11:17
9 replies
#184
syrsoN |

ColdBlooded
you're the ones who started the whole bloody conflict in the first place don't come in here acting superior to me either! you're also the reason we had to send people over to go and die
2020-02-06 15:31
7 replies
#191
KRL |

LeDiplomate
And you are the reason of the instability in the Middle East, Africa and South America, so don't come in here acting superior to me because your clown country made millions die.
2020-02-06 15:58
6 replies
#194

ColdBlooded
I will admit that my country has made mistakes in their military actions around the world and I disagree with regime change and the ambiguous war on terror and did not vote for anyone who has done this extreme meddling in the middle east but it's a lie to say that the middle east was stable before the US invaded Iraq and Afghanistan, the truth is there were problems and instability for a long time because of islamic extremism, and Cold war Russian/US interference.
2020-02-06 17:11
5 replies
#198
syrsoN |

AikoNesH
should we all stop this foolish argument? cause neither of us is to blame for the politics of our contries... especially not for politics which happened decades ago. and i am really glad you didnt vote for trump. so please excuse my comment from above... back to cs:go - i think big vs mad lions would be an interesting match. mad lions are really hot right now - since month actually. and the new big lineup seems to get along really nice as well. but i am not sure i like the idea of a league like this. i like the "european way" of sports compition. if you have a bad season you get relegated. i think every team has to show time for time again how good the really are or can be. and nobody should have a fixed spot in a league. and i hate the esl for the changes they did to pro league. thats totally uncool and the were just scared of flashpoint...
2020-02-06 18:07
4 replies
#199
KRL |

ColdBlooded
I did vote for Trump, and I agree in a way that relegation would be good, problem is that these leagues and teams are struggling to make money and unless valve stepped in and forced them to participate in a relegation league I feel like franchise models were always inevitable, but actually i'm optimistic about the competition in flashpoint, not bad teams and if like thorin says, they make the show really fun to watch along with the games, it could be good
2020-02-07 03:17
2 replies
#201
syrsoN |

AikoNesH
i will def. check the league out. especially if a german team is playing. most american leagues are like that are they? nba, mlb, nfl? are they all planned or made (i dont know the proper english word) that way?
2020-02-07 14:47
1 reply
#202

ColdBlooded
true with what BIG did in Anaheim I kinda hope they're in the league cuz they looked SOOOOO good, ya in America with the NFL, NBA, and NHL they are all leagues where every team is locked into the league and the only changes are the players and the teams will always be there, they aren't based on competitive achievements besides what you do inside the league after you're in it edit: Leipzig
2020-02-08 05:35
#2

AikoNesH
youre not that wrong... operation flashpoint was a really fun tactic shooter in the early 2000s, i startet playing it just about the same time i started with the cs. maybe a couple of years later. but it wasnt really competitive.
2020-02-06 14:35
#7

kaeschdle
agreed. ESL might have snitched a lot of teams but they are simply the established league right now and they also simply have the better teams right now. right now i could not care less about cloud9, gen.g or another one of these t2-t3 teams that only got assembled to contribute at flashpoint
2020-02-05 21:08
3 replies
#159
MrFuckYou |

LeDiplomate
He was talking about ESL One Cologne, and the fact that there is more money in Dota is clearly the fault of Volvo who focus all the devs and the money on an otherwise dead game only to be a competitor to LoL.
2020-02-06 09:00
#24

clockworkk
the flashpoint logo resembles a meteorite(?) falling while the astralis logo is basically just a star they look identical and sure they are both space themed if we look at them like that but they have completely different meanings / purposes stop hating
2020-02-05 19:52
2 replies
#83
friberg |

JermainWilliamson
IGC seem like they have infinitely deep pockets, lol. Only time will tell, but "Our analysis is that fans have long-clamored for a product like this" doesn't really reflect my impression of the CS:GO landscape, at all.
2020-02-05 19:12
#34

k9ken
What a horrible name and logo. Playing two group stages for seeding with only four teams being eliminated sounds boring as hell to watch. Going to end up with some matches that don't matter at all in the last group. Can also end up with one team having nothing to play for while another team is fighting for playoff. Hate these types of formats.
2020-02-05 19:15
5 replies
#44

cloney
They expected the T1 teams would run their door. But instead all T1 teams just used them as a tool to leverage their position with ESL. Obviously their analysis was wrong in that regard.
2020-02-06 15:10
1 reply
#193
KRL |

grabke
+1 Pure shit but to be excepted in this kind of a league nobody wants to out of it at the "start". And they need to create content time doesn't matter what would be good or really interesting for the Fans. Sure this fails and with tease marginal teams who cares maybe some C9 MIBR NA Fans.
2020-02-05 19:26
#41
xseveN |

yo_les_n00bs
also idk about you dog but i don't remember any league last year giving out much more than 2 mill in prize money, epl didn't, ecs didn't, blast didn't, so what point are you trying to make??? and it's better because it's better for the teams, they make money because they are part owners of the league. your flair checks out.
2020-02-05 19:58
7 replies
#94
tabseN |

yo_les_n00bs
ok it still doesn't make any sense. this league has a buy in because the teams are gonna be part owners, so they are paying that money because they want a part of the revenue the league is gonna make. the orgs are not gonna get their money back from the prize pool, cause that goes to the players
2020-02-06 17:44
#80
Zeus |

Its_okay_to_be_Gade
They may put a shitton of money on marketing so people who didnt support esports will come (inviting celebrities and/or making them promote u on media, big sponsorship deals, TV, promo campaigns and events (for example at schools, unis) etc.) I do agree that seeing it now for a CS GO supporter is dogshit, but you never know :) They got good amount of money for maneveurs
2020-02-05 20:06
7 replies
#100
tabseN |

Ger_1_Einstein_World_0
they can invite whoever they want. In esports competitive level matters the most. People watch it for good and best matches. Not because of people that cast it or do other stuff. No sponsor will stay for long when a DH open has more viewer. I Know NA like a franchise but the main market for CSGO is the EU and EU hates franchises.
2020-02-05 20:10
6 replies
#102
Zeus |

LeDiplomate
You don't know what you are talking about, if they invite famous people to promote the league it will obviously bring their fanbase, which in itself is more than the league itself could attract. If they do this it would obviously have more viewers than EPL.
2020-02-06 09:08
2 replies
#178
tabseN |

LeDiplomate
Are you fuck you I care about Esports, but from the point of view of the TO it is a way better option to get the mainstream ppl rather than the hardcore fans because in numbers Mainstream>>>>>>>Hardcore
2020-02-06 15:55
#61

suge
This looks garbage. Bad aesthetic, essentially the same talent as ECS (who they claim to not be like in their promo video), shit teams. 'We want to focus on banter and players' - presumably because the quality of CS will be dire. $25 million - oh dear
2020-02-05 19:41
#73
olofmeister |

LeDiplomate
Wow no one understands that the purpose of this league is to attract the audience with the talent and guests and the brand value of the orgs involved?? The level of the teams doesn't matter in that regard.
2020-02-06 09:12
2 replies
#179
Destroyer | 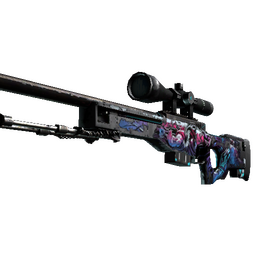