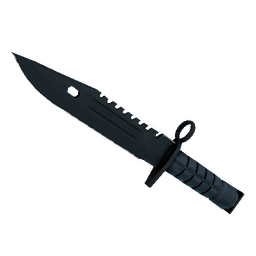 The third open qualifier for the Europe Minor kicks off at 18:00 and we will be bringing updates about the teams, results, and streams in this article.

The qualifier will be played using a single-elimination BO1 bracket, with the final match being BO3 and only two teams advancing to the closed qualifier. We will be posting timely updates from the third open qualifier throughout the day, with matches from round-of-16 onwards being covered on HLTV as a part of standard livescore and stats coverage.

So far, Dignitas, BIG, Nordavind, and Sprout have qualified for the Closed qualifier, joining the invited teams. The likes of Illuminar, ex-Virtus.pro, GamerLegion, and HAVU are some of the highest-ranked teams not to secure their spot yet.

Final eight teams of day one:

The bracket for the top eight teams looks as follows:

Most of the favorites managed to squeeze through the final games of the day, with an exception being GamerLegion who fell to fakemaquinas (Tricked-mix), seeing the following results conclude round-of-16:

Find details about day 2 of the qualifier here.

The Danish squad took down Secret on Nuke 16-11 and booked a spot in the top eight alongside KOVA, who stopped Japaleno's run with a 16-14 win on Dust2.

00:03 Final matches of the day underway

The last eight matches of the first day of the qualifier are currently being played and you can find them below:

In remaining round-of-32 matches, Serbian side Juggernauts has been eliminated by SAW, alongside two more Polish teams: AVEZ and PACT. You can find all of the RO32 results below:

As the top-16 has been reached, you can now follow matches on the event's HLTV page.

Illuminar fell to Japaleno in RO32 as Adam "⁠dezon⁠" Wahlqvist shined for the Swedes, dropping 33 kills to spearhead his side's victory on Overpass, 16-14. They will face KOVA next.

Meanwhile, playing on Nuke, HAVU had a tough time against Lyngby Vikings, suffering a 16-4 defeat to end the run of the 36th-best team in the world.

With LDLC falling to Pompa, the round-of-64 has been finalized. The following matchups are happening in round-of-32 of the qualifier:

22:05 Singularity continue their run by taking down Snax and co.

ex-Virtus.pro (playing under "robin hoodzi") have been eliminated by Singularity after a 16-13 game on Nuke. Casper "⁠Celrate⁠" Andersenand Jonas "⁠Queenix⁠" Dideriksen were the standout players for the Danes, posting 29 and 26 frags respectively.

First teams in the fifth round of the qualifier have been decided. Illuminar, the highest seed in the qualifier, have powered through their opponents and are now waiting for the winner of Japaleno - Giants. Teodor "⁠SPELLAN⁠" Nikolov's SKADE are also looking strong, with their first serious opponent being the winner of S2V - AGF in the next round.

Some notable teams are facing off already in the fourth round of competition:

Juggernauts, AGO, SMASH and Apeks are other teams that reached RO64 and are awaiting their opponents.

David "⁠Davidp⁠" Prins and co. managed to come back on Inferno against Danny "⁠BERRY⁠" Krüger's team and secure a victory after overtime to advance to round-of-128.

Secret, who are again playing with Vincent "⁠Happy⁠" Schopenhauer as a stand-in, have reached round of 64 after defeating Arena Bulls 16-11 on Inferno. The European roster has finished top-16 in the last two qualifiers and is looking to improve on that result in qualifier #3.

You can watch Secret's matches on the team's Twitch channel.

The Danish side reached round-of-128 after handling their initial opponents, joining teams like PACT, GamerLegion, and Illuminar in the third round of the qualifier.

Engin "⁠MAJ3R⁠" Küpeli and his Turkish squad are about to play their first match of the qualifier, facing gleba in the round-of-256.

Most of the notable teams have a free pass into the second round of the qualifier, with the real challenges set to come in rounds three and four as we see bigger names face off against each other. Daniel "⁠mertz⁠" Mertz's Singularity is one of the rare teams from the list that is in action from the first game, facing .BoaBoa.

Ladislav "⁠GuardiaN⁠" Kovács, Lubos "⁠HenkkyG⁠" Ilko, and Erik "⁠ecko⁠" Koširer will be competing in the qualifier once again after the mix-team finished top32 in the Open Qualifier 2. Alfred 'RuStY' Karlsson
Time is adjusted to your selected timezone technocucmber
big chance for endpoint in higher part of bracket, i think endpoint and ago have a biggest chance to qualify
2020-02-09 11:30
#46

RSKt
Hope GamerLegion and/or Japaleno comes through next quali.
2020-02-10 04:10
Login or register to add your comment to the discussion.