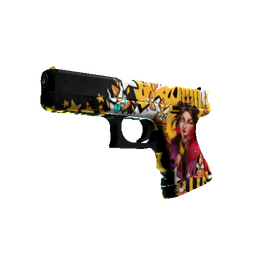 Chris "⁠emagine⁠" Rowlands, the 28-year-old Australian that represented Immunity, Winterfox, and ORDER in his career, has decided to call it quits as a competitive player.

Counter-Strike: Source was where emagine started competing, coming onto the CS:GO scene in 2014 with Immunity. After playing second fiddle to Vox Eminor for some time, emagine's team managed to reach international events in 2015, attending the ESL One Cologne Major. emagine will be moving to a "behind the scenes role"

In 2016, emagine spearheaded the Winterfox project and moved to North America to compete, but the team was unable to make a breakthrough due to numerous issues. He then returned home and represent Kings, a team signed by ORDER at the start of 2018.

Developing in isolation: The story of Australian CS

Leading the likes of Jay "⁠Liazz⁠" Tregillgas, Joshua "⁠INS⁠" Potter, and Jordan "⁠Hatz⁠" Bajic, emagine was one of Australia's most successful in-game leaders, attending four Big Events and winning numerous national competitions. Now, following Hatz's departure to Renegades, emagine has decided it is time to call it quits and transition to a different role within ORDER:

"The time has come for me to hang up the mouse - It’s been a wild ride and I’m forever grateful to everyone who’s been involved with my journey. It has become increasingly difficult, however, to balance my personal responsibilities in addition to playing full time." - emagine via TwitLonger

ORDER are now down to four players: Greta_Achtungberg
wasted so many years of his life achieving literally nothing amazing career, will miss you for sure LMAO
2020-02-17 17:55
19 replies
#118

KinglyFish
That doesn't apply when you're being a hater when your own track record is worse. His CS career is infinitely more successful than yours. Will there be a HLTV article when you stop playing CS? Probably not.
2020-02-21 04:11
6 replies
#152

KinglyFish
Lmao. You sound like every mediocre sportsman that constantly insults real pros as if you can do any better. Then, you use this argument whenever anyone calls you out on it. Real mature dude.
2020-02-21 22:02
4 replies
#157

KinglyFish
Idk man tf are you even arguing about? You're seriously being salty and toxic on someone's retirement thread. This is the level you've stooped to.
2020-02-21 22:30
2 replies
#161

Greta_Achtungberg
all I'm doing is making fun of snowflakes like you who think every tier999 player who retires instantly becomes a LEGEND and you're salty and butthurt about a comment that doesn't apply to you and you act like if I fingered your cat lmao get a grip kid
2020-02-21 22:35
1 reply
#163
Happy |

KinglyFish
He's definitely not a legend. Everyone is shitting on you because you're being a moron on someone's retirement thread. If you care that little, why tf are you still replying?
2020-02-22 09:34
#130

loomeh
Got to travel across the world for free Played in a major which is something 99% of CS players will never do Got paid a decent amount of money to play a video game, and he likely met a bunch of awesome people while doing it. Sorry his accomplishments aren't up to your standards. You're just another noname nerd on HLTV like the rest of us, nt tho
2020-02-18 02:32
1 reply
#134

$t4Rboy
People can say what they want about him - but he was an OG Australian player for a scene which was practically non-existent in 1.6 to now having reached T1 success in CSGO. Every brick placed in the pyramid was a contribution to the success of the end result. Thank you for your stalwart dedication to the growth of the scene, Emagine. Goodluck in your future career(s).
2020-02-18 07:19
4 replies
#136

YEKINDARisUnderrated
It’s easy if you try
2020-02-21 22:31
Login or register to add your comment to the discussion.