Renegades: "If we keep at it I think we can make a few Big Event playoffs this year"

The perennial underdogs are heading to IEM Katowice under their new banner, hoping to once again surpass expectations. We spoke to Renegades during their pre-event bootcamp to hear about their transition from Grayhound and their hopes for 2020.

"Honestly, our lives have stayed pretty much the same, we’re still in Australia and in the same house together," says Liam "⁠malta⁠" Schembri when asked about what has changed since signing for Renegades. He is referring to the old Grayhound house which the team moved into in 2018, around the same time that they became the dominant team in the region, winning nearly every qualifier since. Renegades talked about 2020 plans during their European bootcamp

In 2019, they attended four Big Events, two Minors, and the Challengers Stage of both Majors, which saw the team spend a lot of time overseas, leading to a new approach to practice and preparation:

"We're still trying to use events as a reason to bootcamp in Europe and practice here instead of practicing back home," malta tells HLTV.org. "It is just a whole lot more time-efficient and means we get a good work/life balance, with some time off in between our trips."

Aside from TYLOO, Renegades are the only top-30 team stuck in a region that is cut off from the best competition, a topic we explored in depth in 2018. After signing for their new organization, Renegades, the team opted not to relocate to North America, which leaves them with subpar practicing partners back home. As of now, putting in minimal effort in Oceania and doubling down during bootcamps is the unorthodox method they continue to rely on.

There are clear positives to replacing Aaron "⁠AZR⁠" Ward and the rest of "The Boys" in Renegades, though. "Renegades already have established relationships with both tournament organizers and bootcamp facilities, so it's made everything easier," Simon "⁠Sico⁠" Williams explains. The AWPer admits that the legacy of the former squad, who reached two Major playoffs in 2019 before moving to 100 Thieves, is something they are now expected to live up to. "I think we put more pressure on ourselves to improve, even though we did on Grayhound as well".

This year saw Christopher "⁠dexter⁠" Nong receive their first invite to a DreamHack Open event, in Leipzig. Whether being a part of an established organization such as Renegades instead of a small operation like Grayhound played a part in that invite isn't clear, but it marks an expansion of opportunities for them this year. Renegades made the most of it as well, finishing second in Germany after a loss to a reinvigorated BIG in the grand final, while outplacing Heroic, MAD Lions, North, Virtus.pro - all far more established teams.

"Overall I think we were happy with our performance in Leipzig, we didn’t go in expecting to win but we did expect to perform well and knew that we could beat most or all of the teams there," malta says.

Jordan "⁠Hatz⁠" Bajic joined from ORDER at the beginning of January, replacing the iconic player Ollie "⁠DickStacy⁠" Tierney - who had also been the team's worst performer in 2019 (0.97 LAN rating). After the announcement, it was revealed that DickStacy suffered from an "eye condition that prevents him from putting in too much screen time", which also played a part in his departure from Renegades just a month after signing for the organization.

"The dynamic in the team is still the same as it was before Jordan (Hatz) came on board", Joshua "⁠INS⁠" Potter, who had played with Hatz in ORDER, explains. "He’s just brought a fresh mentality and mindset to the role he's picked up. Obviously, with that and meta changes we've put in a lot of time in to rework our game to a point where we’re all comfortable. It's an ongoing struggle, but it's very satisfying when we finally crack the code of a certain map." The signing of Hatz marks the third roster change the team made in the last 12 months, leaving them with just anchor player malta and in-game leader dexter from the lineup that eliminated SK at IEM Sydney 2018 - Grayhound's breakthrough tournament. But the ultimate result of the changes is the most skilled lineup to ever play in Oceania, with great fragging potential across the board.

dexter, the longest-standing member of the squad, has been turning heads recently, especially after some dominating performances at DreamHack Open Leipzig (1.16 rating, #1 in team), which he puts down to a different mental approach. "I've lost any idea of pressure to perform, I just do me and hope I do good in the right situations, hope I make the right calls while remaining as calm as possible," he says, while stressing that he no longer feels down when things don't go his way. Ultimately, he's trying to ensure the praise doesn't affect him negatively in any way: "It's definitely not the right time to get an ego as an IGL".

Not only has dexter developed as a player over the last year, the team have also evolved thanks to consistent LAN outings against the best teams in the world. After all, due to their low ranking, they often opened up tournaments against the likes of Liquid and Astralis.

"We learned that anything can happen on LAN, it's a very different environment where people's attitudes and personalities can be the determining factor," dexter explains.

"Luckily for us, we’re angrier in scrims due to wanting to learn and perform, but we remain extremely chill and ready when it comes to LAN events and that’s where it really shows how a team's culture can influence a win or loss."

As the only current top-30 side without a coach, Renegades have in William Gray, the former Grayhound General Manager and now team manager, the only outside person influencing their culture and providing input. "We’ve tried some more established coaches and they just haven’t worked well", dexter explains before announcing that they have found a coach who will be trying out in an analytical role. "It’s a familiar face for us and we’re keen to start working with him full time if everything works out. We've decided to take on someone motivated and help them become the coach we’re looking for instead of just hoping for the perfect fit." Finding a perfect coach has been a struggle for dexter and co.

The new member of the Renegades posse won't be joining the team at IEM Katowice or be unveiled before the event, but working on "a good system and support staff that’ll work at LAN events" is one of their priorities for 2020, according to dexter. Making the playoffs of a Big Event is the next step for a team who have consistently caused upsets, such as eliminating Liquid and Evil Geniuses at DreamHack Masters Malmö in October, after which they peaked at No.16 in the rankings. dexter is aware of how difficult a task that is but remains confident Renegades will get out of the groups at the biggest events in 2020.

"If Big Event playoffs are coming soon? Hopefully," dexter says. "There are so many good teams at the top currently so for us to make it to the playoffs we're going to have to beat one or potentially two of them. I guess it’s just a matter of preparing correctly, if we keep at it I think we can make a few this year."

For IEM Katowice, Renegades haven't set any particular goals as they are putting learning and performance in the first place. "We aim for consistency in our playstyle and understanding, as well as in our ability to perform and learn from practice," the 25-year-old in-game leader noted. But with their confidence-building campaign in Leipzig, a history of upsets, and an early match-up against a rusty fnatic, perhaps Renegades can achieve a result better than what many would expect from the second-worst ranked team at the most stacked tournament in over a year. Even if they don't make it out of the groups in Poland, they seem to be on the right track to achieve their goals in 2020.

CoastFF
cant wait to see a match between renegades and 100Thieves
2020-02-25 12:35
Login or register to add your comment to the discussion. 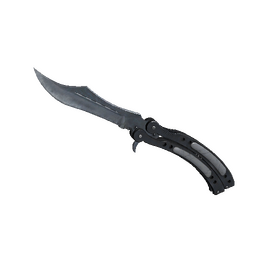