huNter-: "I'm feeling really confident, especially because JaCkz is ready to do anything for me"

After G2 opened their run at IEM Katowice with a blowout win against 100 Thieves, we spoke to Nemanja "⁠huNter-⁠" Kovač about the team's impressive form as of late.

The Serbian star shed some light on what G2 were working on earlier this year to get better, highlighting a productive bootcamp and in particular the focus on Kenny "⁠kennyS⁠" Schrub, who had a great event as the team cruised through their BLAST Premier group undefeated. He also spoke to the dynamic between him and his roommate Audric "⁠JaCkz⁠" Jug, who often shares positions with huNter-, and the Frenchman's improvement in the communication department in the past few months.

Read below to find out more from the 24-year-old about the aforementioned topics, as well as to learn why he predicted the 16-3 victory on Mirage at the beginning of G2's opening match against 100 Thieves.

You've been having a great run lately, most recently going through BLAST without a loss, what do you see that as a reflection of?

The most important thing for us at the beginning of this year was to play well, to prepare ourselves at the bootcamp, because we hadn't had time to practice when we joined G2. We played like six or seven events and now we had a proper bootcamp, we practiced a lot, and we showed some good CS at BLAST and here in Katowice in the first match against 100 Thieves. We played amazing and I hope we just continue doing this. We are full of confidence, especially after BLAST where we won all three games, and here we started well. We're not thinking about finals, playoffs, or anything, we just want to win every next match, and that's the good thing in this team.

Back at BLAST, kennyS was in great form, possibly more consistent than we normally see him. I talked to maLeK about it and he didn't quite share what exactly it is that makes him perform and he only said it wasn't down to luck. Can you say what the reason is?

Kenny was always a great player and now we just prepared some things for him at the bootcamps and in practice, because we had the time. He's working a lot, he's just playing deathmatch, he's watching demos, what he maybe didn't do before in the last two years. But he was always great, he is a good momentum player, of course, as you all know, and it depends on the atmosphere. If the atmosphere in the team is really good he is a better player, but he is insane. For me, still one of the best players in the world.

I have the best roles now on almost every map and I'm feeling really confident. Especially because I'm doing things with JaCkz, who is ready to do anything for me.
Nemanja "⁠huNter-⁠" Kovač

In London, nexa talked about finally settling in his own role after he had to change a lot to adapt to this team. How has it been from a team perspective, how comfortable are you with each other now, with the playstyle and communication?

It was really hard at the beginning, we changed a lot of positions especially on CT side, where it was a big problem. nexa changed a lot, he gave everything for this team, and now he found himself, he's playing really well, he just needed some time to feel comfortable. He's doing a really good job. JaCkz - you don't have those players, maybe three or four in the world, what he is doing for the team, going first everywhere. You don't have that many players like him, when he dies first and I kill two guys for him he's happy. AmaNEk is doing a lot of shitty roles, as we say in CS:GO, he's lurking, alone on the other side, everyone is doing everything for the team, and I'm feeling pretty good, too. I didn't have those roles before, in CR4ZY and Valiance, and I have the best roles now on almost every map and I'm feeling really confident. Especially because I'm doing things with JaCkz, who is ready to do anything for me. I was listening to you at the end of the match against 100 Thieves and it sounded to me like there was absolutely no problem with JaCkz's English in the game, what has his improvement been like in the communication area?

At the beginning, we knew it would be hard. Lately, he improved from month to month, he progressed a lot and he's going to English lessons now and he's progressing every day. He's been with me in the room since the beginning until now and I'm trying to help him a lot in the room, we talk a lot, we help each other. I will give everything for this guy because he is giving everything for me in the game. He's improving a lot.

You got a lot of flanks off on the CT side of Mirage, was that down to preparation?

It was maybe the preparation, but kassad is a very good friend of mine and I watch all games of 100 Thieves if I'm not playing, and I see a lot of things, of course. That's one of the reasons why I did it, it's not like antistrat, it's just my feeling and I play a lot off feelings.

I wanted to go to the toilet to pee and they didn't give it to me, so I said "okay, it will be 16-3" at the beginning of Mirage.
Nemanja "⁠huNter-⁠" Kovač

Yeah, I wanted to go to the toilet to pee and they didn't give it to me, so I said "okay, it will be 16-3" at the beginning of Mirage.

(maLeK comes in) Yeah, he said that, actually.

There's the cs_summit 5 final to take revenge for in your upcoming matchup against mousesports. Let me put this way: how do you see your chances now considering you didn't manage to beat them when they had two stand-ins?

It was two months ago, after it we had a bootcamp, preparation, and everything. For me, they are maybe the best team in the world, top two 100% because they won almost five events at the end of the year, and now they won ICE Challenge in London. They are a really great team, really great individuals and karrigan, who is IGLing really well. It will be hard, we'll try our best, we'll prepare our game like we always do, and let's try to beat them. That's it. OtelloO
They always share the bedroom in hotels, they play together 24/7 on the map. Jackz is flashing and opening for hunter, hunter is teaching him English. Sounds like these guys were meant to meet
2020-02-25 14:46
3 replies
#143
ZywOo |

PowwneD
Tbh that's really nice to see that this roster work well, nobody can't deny that and that wasn't sure at the beginning Lot of professionnalism in this team
2020-02-25 14:54
2 replies
#151

OtelloO
You're right. I'm surprised by KennyS reaction, he seems to be deeply involved and commited to this project and it reflects not only on the team results but on his individual performance. And a good team chemistry + well performing Kenny can lead this team to top5
2020-02-25 16:41
1 reply
#183
ZywOo |

Kladiz
You need these players like jackz. Thanks to hunter to speak about how jackz is important for them. Nowadays everyone is playing passive or baiting for stats, jackz didnt care of this
2020-02-25 11:58
4 replies
#76
KimKardashian |

Izzurr
He also spoke to the dynamic between him and his roommate Audric "JaCkz" Jug, who often shares positions with huNter- Like... positions in the bedroom? KappaPride
2020-02-25 12:06
1 reply
#116

PetitPangolin
Nice from him to share the credit. We don't give enough credit to support roles nowadays. Fans have zero education nor understanding of the game and are all like "hur hur moar headshot hur hur". Although Jackz is a headshot machine too
2020-02-25 14:27
#137

Prattatat
Players like Jackz and Rush dont often get the credit they deserve when their teammates do well. Doing C9's hayday with their major run Rush was playing every shitty role imaginable and creating space for Auti, Tarik and Stew. Jackz has shown hes willing to do the same and both players have been extremely beneficial to the team. Being able to open a site whether through picks or information is vital to the T side and both players do it fantastically. Sure their stats aren't always the best but in competitive CS stats dont paint the whole picture.
2020-02-25 17:55
2 replies
#169
SpawN |

prpl_haze
a good guy talking about how his team is preparing for the big events even though they have communication issues and how every individual is putting effort to make the team better. comment section here 1. french are gay 2. simple greatest 3. GAY GAY GAY like how toxic can you guys get for no reason ?
2020-02-26 13:22
#179 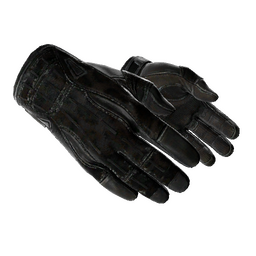