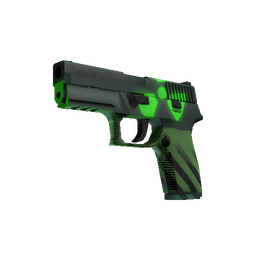 BOOM take down Isurus to qualify for Americas Minor

BOOM recovered from a loss in their opening match of the ESL One Rio 2020 Americas Minor South America Closed Qualifier by completing a run through the lower bracket, culminating with a win over Isurus to advance to the offline stage.

BOOM's debut with their freshly-signed roster was soured early on in the South America Closed Qualifier as the team found themselves cast down to the lower bracket in their opening match-up, falling to TeamOne in two closely contested maps. The Brazilian squad's recovery from their initial loss was helmed by a stellar showing from their newest addition, João "⁠felps⁠" Vasconcellos, with the 23-year-old averaging a 1.67 rating in BOOM's bouts against W7M, Imperial and a rematch against TeamOne to earn his team a spot in the consolidation final against Isurus.

Nicolás "⁠Noktse⁠" Dávila's side entered the series looking to make up for a dismal showing against RED Canids in the upper bracket final as well as make history by becoming the first Argentinian roster to qualify for a Minor, but found themselves at the behest of the Brazilians in their last match-up. It was not felps who helped his side take the final series over the line however, with the combined forces of the remaining four players helping lead BOOM to a 2-0 series victory to qualify. felps averaged a 1.41 rating over the 11 maps he played in the qualifier

BOOM were quick to take control at the onset of Isurus' Overpass pick, garnering a four-round head start before the Argentinians got themselves on the board, albeit with none of their players surviving the round. Isurus continued to sustain heavy losses as their second came off the back of a 1vs2 clutch from José "⁠L!nKz^⁠" Ortega, although a clean anti-eco in the ensuing round gave the squad a brief respite to recuperate from their losses.

From there however, the Brazilians swiftly stabilized, with the combined forces of Marcelo "⁠chelo⁠" Cespedes, Bruno "⁠shz⁠" Martinelli, and Gustavo "⁠yel⁠" Knittel offering BOOM a stalwart defense to shut down Isurus for the remainder of the half and run up an 11-4 lead at the break. The swap to the defense proved to be of little help to Isurus as BOOM continued to reign supreme in the second half, with Ricardo "⁠boltz⁠" Prass and yel finding triple kills in the final two rounds to lock down the pick of their opposition 16-4.

Three kills for chelo and a 1vs1 win over Noktse kept BOOM in control of the momentum as Mirage got underway, with the Brazilian side once again pushing up to an early lead at 3-0. Isurus finally broke their streak of defeat as they began to rally back, the AWP of Noktse and multi-kill rounds from Gabriel "⁠1962⁠" Sinopoli helping them to take eight of the ensuing nine rounds as they gained the upper hand over their Brazilian rivals. boltz and felps kept BOOM in contention with two towards the closing moments of their offensive effort, but this time it was Isurus who assumed control of the proceedings with a three-round lead at halftime.

The situation turned grim for BOOM as a pistol win for Isurus helped the Argentinian squad extend their lead, moving up to a 12-6 scoreline before a triple kill from chelo gave the Brazilians their seventh. An immediate reply from Isurus in the following round left BOOM with their economy at a breaking point and the odds of a decider map looking more and more likely, but yel's troops refused to capitulate as they once again locked down the defense to battle back with a spree of rounds. Isurus added two to their tally to force overtime, where they initially pulled ahead at 17-16, but BOOM took three in a row once they were on the attack to close out the map and earn themselves a spot at the Americas Minor.

BOOM are joined by RED Canids on the team list for the ESL One Rio Americas Minor, with the other six teams in attendance set to be determined through the North American Closed Qualifier which will run from March 7-9. The Americas Minor itself will play out in Rio de Janeiro from April 26 - May 2, and award the top two sides with spots in the New Challengers stage. applehack97
of course the team that's been playing in NA since forever is going through and stealing a spot from their region, I've seen this story too many times now, good luck to RED Canids tho, they completely deserve it
2020-03-06 03:40
7 replies
#24

H_RomeuPinto
Sorry I was angry atm They trade a team recently, they was needing some DM to adapt with new teammate Boom should invest in a second coach with good strats like zakk and a bootkamp on EU to the team get better
2020-03-06 23:00
#20

REEAAL
I will definitely never understand the low capacity of ISG to define a match, they play all day in the best conditions and still do not get it, incredible
2020-03-06 10:14
7 replies
#80
applesauce |

REEAAL
buddy, they were winning, two rounds to close the game, and they lost, ofc is another region but they are professional players with strategies, they need to strengthen the closing of matches, maybe are the nerves or something, idk, I would love to see them succeed outside from Brazil, but the possibilities it has had have been many
2020-03-10 00:15
3 replies
#102
applesauce |

applehack97
they were winning second map after being stomped on the first, they weren't even close to win the whole game, facing a team that has the experience of playing in the top league of a stronger region IS a huge disadvantage and you can't deny that
2020-03-10 01:04
2 replies
#103

REEAAL
I do not deny, you can not live crying because they play a qualy in another region, if that really was, How is what Team Liquid, which plays in NA, can beat the big teams of the EU, if the level in NA is much lower to the EU (?) Is that your logic? Real Madrid does not play in the Premier League and is UEFA champion? Brazil plays qualifiers in South America and is World champion? seriously?
2020-03-10 12:45
1 reply
#104
applesauce |

LeDiplomate
Chokesurus strikes again.
2020-03-07 14:58
Login or register to add your comment to the discussion.