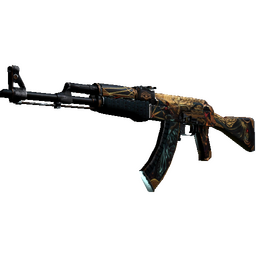 The CIS Minor team list has been finalized following the conclusion of the closed qualifier's lower bracket, which saw forZe pull through by the skin of their teeth while HellRaisers missed out on a spot in the ESL One Rio Major precursor.

Most of the big names managed to make it through to the CIS Minor, with the exception of the Kirill "⁠ANGE1⁠" Karasiow-led squad as well as pro100, for whom this comes as a big blow after the organization's owner, Danylo "⁠Zeus⁠" Teslenko, revealed his team's ambition to become a top-15 side within the next six months.

After falling to the lower bracket, Hard Legion secured a spot and will be looking to repeat their surprising run at the StarLadder Major, where they made it to the top 16 as DreamEaters. Meanwhile, forZe's struggles continued as they lost to Winstrike in the upper bracket, but they were able to pull through, nonetheless, taking down pro100 in a tight deciding series. forZe survived a dangerous journey through the closed qualifier

Formerly hailing from Spirit, Dmitriy "⁠Dima⁠" Bandurka and Dmitry "⁠S0tF1k⁠" Forostyanko will make an appearance at the regional competition with Espada, who came in as one of the underdogs and surprised with wins over pro100 and HellRaisers en route to qualification, only losing to their former team in the process in a closely-contested series.

The last squad to complete a successful run through the lower bracket was another underdog side, Unique, after victories over Dmitriy "⁠jR⁠" Chervak's fbg and Sergey "⁠starix⁠" Ischuk's 1WIN.

The complete team list for the CIS Minor, which will run from April 26 to May 2 in Rio de Janeiro, looks as follows:

TBOY(2)
*laugth. The reason that Navi managment are bunch of retards and some other factors dont means that ua havent got any scene. You must understand that russian want to play in ukrainian organisation. So who mad now, bro?
2020-03-07 18:43
#9
Brollan |

Kucuser
I think its time for Angel to retire and go coaching. Nothing is working for him, teams under hes leadership are getting worse and worse. Maybe one last time if some big powerhause takes him to an almost complete team but i dont even know who could take him.
2020-03-07 07:05
#42
Bymas |