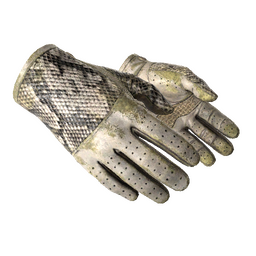 The Europe Minor Closed Qualifier has been brought to an end, with a number of favorites unable to secure spots at the Minor in Rio.

The final day of the Europe Minor closed qualifier kicked off with the first leg of lower-bracket matches, with OG being the biggest name competing early on. Aleksi "⁠Aleksib⁠" Virolainen's men took down KOVA 2-0 to advance further in the qualifier, while Copenhagen Flames managed the only upset of the round by taking down Sprout 2-1.

The next round of matches decided which teams would secure their spot at the Minor and join the likes of Complexity and fnatic. In a Danish derby, Copenhagen Flames (ranked 35th in the world) managed an even bigger upset than in round one, qualifying for the Minor at the expense of the 14th best team - Heroic. BIG's inability to close out Overpass despite Florian "⁠syrsoN⁠" Rische's 44K-27D game ended up costing them massively in the series against Movistar Riders. Lucas "⁠steel⁠" Lopes's squad claimed the first map in overtime (22-20) and took a 2-1 series win (11-16 Mirage, 16-4 Inferno) to become the first Spanish-majority team to qualify for a Minor.

GODSENT opened their series against OG with a dominant victory on their opponents' map pick (Train 16-3), but Nathan "⁠NBK-⁠" Schmitt and co. kept alive on Dust2, edging out a victory after two sets of Overtime (22-20). Nuke was again a tight affair, with both teams posting strong T sides, but it was GODSENT that came out on top, in the end, thanks to a 1v1 clutch pulled off by Kevin "⁠kRYSTAL⁠" Amend, earning his team a Minor spot.

Jesper "⁠TENZKI⁠" Plougmann's 35 kills in regulation pushed Nordavind across the finish line on Dust2, giving the underdogs a one map lead, but the Swedish veterans bounced back on their map pick, Nuke, to force the decider on Inferno. Playing against his former team, Håkon "⁠hallzerk⁠" Fjærli had a subdued performance in the series, but Dignitas were able to close out the series nonetheless, 2-1, and qualify for the Minor.

The eight European teams that will be vying for Major Qualifier spots are as follows:

The Europe Minor is set to take placein Rio de Janeiro on April 26-May 2. sn00b_d0gg
Real Riders sounds way better than Movistar Riders tbh. now that they made it to the minor they must treat 'em well or else they'll become Independent Riders and move to Barcelona LUL!!
2020-03-09 01:56
4 replies
#89
troller |

Rank-
Living in Spain and as its a telecomms company I at least somehow have always assumed it's about star quality mobility. Idk if that's what it is or if the quality is anywhere close to any stars. :D
2020-03-09 04:11
3 replies
#111
FalleN |

Abiabi22
Movistar has teams in other sports too like cycling, basketball and futsal, and they are all called Movistar something. I guess it's normal for us as we are used to it, but I don't see it bad neither, Movistar put the money hahah ;)
2020-03-09 11:18
1 reply
#249
KRL |

OG_Sour
Rhe only that humiliates is the reality on Spain about gaming. Just teleco companies wants to sponsor our players. We have few (in comparison than other countries), but very pro players and can not find enough support to be more competitive. So I don't care about name sh&t. I want to see how competitive MR can be on LAN
2020-03-09 12:01
#43

Karppanator
IDK but it's not a intended game mechanic to be able to not make sound from such a large drop. Doesn't matter in the large picture as they wouldn't have gone far in the minor with that play.
2020-03-09 12:46
#35

Swedish_Remixer
3 Swedish teams qualified now and 3 Swedish teams will qualify for the major as well. No one in the minor is close to the performance these 3 teams have.
2020-03-09 01:28
5 replies
#52

Edward_better_than_flamie
OG will need a ton of time to be more consistent, considering that is the first time that Aleksib have to call in english, not only that but he have some teammates that have never played in a international team before, if you compare it to other international lineups right now, they are far behind in terms of communication and teamwork
2020-03-09 01:34
1 reply
#57

Juuzou_
And that is exactly where things go sour. When the team started the idea was nbk wouldnt be calling whatsoever and aleksi would be the firm IGL. Rofl, didnt age well.
2020-03-09 13:36
#76
Get_Rice |

kaeschdle
i'm kinda joking although this would be the only change i'd want to see. it was their first bad showing with that lineup, they looked solid otherwise. just stupid that it was also the most important "event" for them. they should try to win flashpoint 1 now and i'd say then they're on a good path again
2020-03-09 10:25
#233

Scalpelexis
With this lineup there was actual potential. Syrson is playing well, Tabsen too, Xantares still decently fraggin, but Tizian is not the best support and mainly kito is not really managing and he was supposed to be one of the heavier fraggin players on the roster. Not sure where the catch is.
2020-03-09 15:44
#141

reidan
what do you mean by "apply to a minor"? there are no invites for majors, either you qualify throught the previous major, or you qualify through the minor. and that goes for everyone, tier 1 or not. fnatic didn't even qualify for the last major so of course they have to play the minor again. (they lost ot mouz and cr4zy in the last minor, btw)
2020-03-09 19:32
#158

mikecool
Bahahaha OG. Is the honeymoon period already over?!?! On a more serious note, congrats to the teams that made it in. Especially Godsent, they have some decent talent there.
2020-03-09 10:35
1 reply
#190

Ectasian
shameful OG and BIG are missing out, should expect a little bit more from them compared to the teams who qualified for the tourney lol
2020-03-09 11:07
1 reply
#239
SENSEi |

snakedrake
You can look at it this way, maybe now we have new stars coming and they are now here. I personally like Copenhagen flames but not confident that they will win in the minor but we will see.
2020-03-09 16:24
#197
z4kr |

snakedrake
So there region gets represented encase they all lose before hand. I don’t agree With what there doing but I understand the business side of it
2020-03-09 21:18
#228

doMK0
BIG made so many mistakes on overpass, dont even get me started on inferno. Should have easily been a 2:0. Very dissapointing. Maybe english is not working for their coms after all. With performances like these you just dont deserve it guys. GL to MR and hf to all the MR fans in the Minors!
2020-03-10 07:08
#271
sXe |