As the inaugural edition of Flashpoint nears, HLTV.org has compiled a list of the most exciting storylines heading into the event.

Flashpoint 1 is upon us, kicking off later this Friday at the company's studio, located in Los Angeles. The event will feature 12 participants, eight of which as founding members, with the remaining four slots having been filled by teams from the Global Qualifier. Copenhagen Flames were brought in last-minute to replace BIG, who withdrew from Flashpoint, while Chaos and HAVU took two spots that were initially reserved for founding organisations. MIBR will participate at Flashpoint 1

The tournament will feature an unusual three-stage format, starting with two GSL group stages and followed by the double-elimination playoffs, with all matches being played in a best-of-three format. Teams will be awarded points based on their group stage placements, with the eight sides who amass the largest tallies advancing to the playoffs phase.

Below are six exciting storylines going into Flashpoint 1:

After parting ways with Natus Vincere at the end of last year, Ladislav "⁠GuardiaN⁠" Kovács entered a period of inactivity, though he did not take a break from the game altogether. He was occasionally seen streaming and even competed in the online qualifiers for the ESL One Rio Major with a Slovakian mix called IQFIGHTERS alongside Patrik "⁠Zero⁠" Žúdel and Lubos "⁠HenkkyG⁠" Ilko.

GuardiaN had a painful conclusion to 2019, which ended with his benching from the CIS organization following a string of uninspiring individual performances. Three months into 2020, he finds himself standing in for Dignitas after Håkon "⁠hallzerk⁠" Fjærli ran into visa issues before the start of the tournament. GuardiaN will stand in for Dignitas in Los Angeles

Flashpoint stands as a pivotal tournament for GuardiaN, who has had the time to reset mentally and contextualize the stretch with Natus Vincere. To be granted the chance to play with Swedish CS legends, especially after his lackluster return to Na`Vi, is a golden opportunity for the AWPer to showcase his true potential in a more familiar English-speaking environment, reminiscent of his FaZe days.

WIth team cohesion out of the window, all that is left for the Slovakian are his individual capabilities and the ability to adapt to the circumstances at hand. The past suggests that both of these parameters are in check, so all that is left to determine is whether the fire is still burning firmly within the legendary AWPer.

In what turned out to be a snap decision, MAD Lions benched in-game leader Nicolai "⁠HUNDEN⁠" Petersen, who, while individually spotty, had orchestrated the team's rise from obscurity into a solid tier-two side knocking on the door of the world's elite in the rankings. The 28-year-old will be replaced by former Copenhagen Flames member Asger "⁠AcilioN⁠" Larsen, who was initially set to attend the very same event with c0ntact before the transfer was hijacked at the last minute. Will AcilioN be a worthy successor to HUNDEN?

The decision to bring in a brand new component mere days before the start of one of the most important leagues for MAD Lions has been met with a list of questions. Has the team developed last-minute strategies with AcilioN? Will he simply work off HUNDEN's playbook for now? Is he the individual component MAD Lions need in order to breach into top 10? It is doubtful that Flashpoint 1 will be a good gauge of this, seeing as it's early days, but the tournament will give initial pointers as to whether the decision was sound.

Gen.G greatly impressed on their debut LAN at DreamHack Open Anaheim, securing the trophy without dropping a single map along the way. This was achieved at the expense of established rosters such as ENCE, North and FURIA, naturally raising the scene's excitement with one of the region's new promising teams. Gen.G will look to keep the success rolling at Flashpoint 1

Featuring Southeast Asia's finest in Hansel "⁠BnTeT⁠" Ferdinand, Major winner Timothy "⁠autimatic⁠" Ta and veteran in-game leader Damian "⁠daps⁠" Steele, the squad has all the components necessary to demonstrate results in Los Angeles. It will also be interesting to see whether Sam "⁠s0m⁠" Oh will be able to replicate the form he showed in Anaheim or if his career-high 1.33 rating was merely an outlier.

DreamHack Open Anaheim was their first LAN event and they took advantage of that situation to catch opponents off-guard. With more information about their tendencies now available, Flashpoint will serve as either a confirmation of Gen.G's status as one of NA's hopes or as an indicator of a team that managed to use the element of surprise with great effect.

Recently dipping below the top 20, MIBR have sunk to depths before unknown to the core trio. It is no longer an acceptable excuse that the team is working on incorporating their newest member, Ignacio "⁠meyern⁠" Meyer, who has been part of the squad for three months now. Since bringing in the Argentinian talent, MIBR have won just 28.6% of the maps they have played on LAN, finishing last at cs_summit, 10th-12th at BLAST Premier and 5th-6th at DreamHack Open Anaheim. Issues are closing in on the veteran-clad Brazilian roster

The first season of Flashpoint features opposition that, on paper, the Brazilian squad should be able to deal with. While apparently incohesive and lost, MIBR have more than enough experience to adapt to the opponents they will face, both pre-emptively and dynamically. It is unclear whether we'll see any improvements, but the fact that Gabriel "⁠FalleN⁠" Toledo has had almost a month to prepare his troops for this event should give the team a slight competitive edge going into the tournament.

Can c0ntact shake off the rust?

c0ntact head into Flashpoint 1 in the dark horse category as they have yet to play a single official match since signing with the North American organisation from CR4ZY in late January. Deep runs at their recent DreamHack Open events, including a title in Rotterdam, are a testament to the team's potential, but the recent news of Nestor "⁠LETN1⁠" Tanić missing the tournament introduces an element of uncertainty. Furthermore, the squad had to find a last-minute replacement in the form of Karol "⁠rallen⁠" Rodowicz after failing to complete a deal for AcilioN. rallen will replace LETN1 at Flashpoint 1

While the setback is substantial, c0ntact stand every chance to impress in Los Angeles, especially considering that they have been handed a kind group in the first phase. Their past performances, coupled with the motivational boost provided from signing with a new organization, create a promising storyline for the international roster coming into Flashpoint 1.

Heroic, now under the FunPlus Phoenix colors, enter Flashpoint 1 as a last-minute founding member. The Danish team have struggled in recent times, as a group stage exit at the ICE Challenge was followed up by disappointment online in the form of a failed qualification campaign for the Europe Minor. A contributing factor to their Flashpoint 1 campaign is one similar to what c0ntact may experience in added motivation to prove their worth to a new organization. However, Marco "⁠Snappi⁠" Pfeiffer's side will have a tough first few days under the Chinese organisation as they will have to navigate their way through a group that includes Cloud9 and fellow Nordic team Dignitas. simple_0_major
Mad Lions only good team in entire tournament and they're not even top10 after they kicked Hunden Peak viewcount will probably be around 50k for a $1 million tournament. LMAO
2020-03-13 16:13
1 reply
#32
chrisJ |

F_ANG
no storyline about orgless? I would have thought that qualifying and ultimately BEATING some of the the teams that are now in the league without being signed to an org is surely something worth talking about?
2020-03-13 16:28
4 replies
#19

F_ANG
you say that but below you're praising guardian in the comment below, unless you're being hyperbolic don't you think that's a bit hypocritical? Besides the point anyway, all the teams here besides genG are dog anyway. The article is about story lines not who is overrated or not.
2020-03-13 17:24
2 replies
#38

Evil_DaviD1
GuardiaN is just my fav, but I'm understand that he's on bad shape. Also I hope that he can perform on this tournament. Orgless was smashed by Gen.G on NA minor qualifications and they also lost against Triumph (!!!). They haven't storyline on FLASHPOINT. What could it be about?
2020-03-13 17:48
1 reply
#43

F_ANG
but orgless also beat chaos to qualify for this event, and i think that the fact they don't have an org but are now in a million dollar prize pool league is a pretty cool story line regardless of how irrelevant they are.
2020-03-13 18:18
#17

gentle
Life is too short to see tier 3 teams trying to "up and come". They are very welcome to qualify to top tournaments and show their best vs top teams. I'm all for underdog destroying all title contenders
2020-03-14 00:44
#21

gentle
In general I'm all in to have tier 1 league (EPL) and tier 2 (Flashpoint). Only need to add some kind of movement between them. But let's not pretend that anyone except ginger beard and two and a half team fans would watch c0ntact vs orgless when you have Astralis Fnatic or Navi playing
2020-03-13 16:33
#27
tabseN |

Rene_Gade
Main storyline: can the production team fix audio issues and stop people walking in front of the camera? Tune in to find out! Also... There are some games being played.
2020-03-15 06:45
Login or register to add your comment to the discussion. 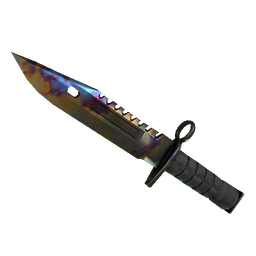