Flashpoint 1 to transition to online play due to coronavirus outbreak

The Los Angeles-based league has revealed that it will temporarily postpone matches in its inaugural season and transition to online play due to the coronavirus outbreak.

Following the conclusion of the first round of play in Phase 1 of their group stage, Flashpoint has revealed that they will temporarily postpone upcoming matches as they look to transition the league from their studio in Los Angeles to online play, mirroring ESL's efforts with ESL Pro League earlier in the week.

The announcement from Flashpoint follows a world-wide escalation in response to the coronavirus outbreak, with countries beginning to impose travel restrictions to foreign citizens in an effort to curb the spread of the virus.

In their announcement, Flashpoint revealed that the teams who were competing in the league will remain in Los Angeles, and will continue to participate from the safety of their homes once matches are ready to be resumed and their standards of competitive integrity have been established.

For Flashpoint, the decision follows a recommendation from the U.S. Center for Disease Control (CDC) to cancel or postpone in-person gatherings of more than 50 people for the next eight weeks, while the Mayor of Los Angeles, Eric Garcetti, announced an emergency action to close entertainment venues, bars, nightclubs, gyms, and restaurants as the city escalates its response to the epidemic.

trtr098
Information travels at near speed of light. The distance between Sweden and Turkey in itself is worth 20ms, not including the queues at transcontinental fibre
2020-03-17 16:24
#143
swag |

SmokaDaWeEDs
Do you not understand what he is saying because he’s completely right. The ping will be minimal 20 at most. All teams are in LA, they will be playing in an LA server. LA has gigspeed net, it will be as close to lan as u can get. Everything this guy said is correct and you sir are either uneducated or just don’t know ur ass from a hole in the ground
2020-03-17 11:30
3 replies
#165

Chiirs
And he still deleted his own tweets... When the only thing that makes your league better than ESL are pings, you know that the whole league is trash. Also the reasons why ESL is playing online are beyond their control. It is an expection, so next season the Flashpoint selling point is going to disappear. Or maybe there are other things that Flashpoint is doing better, but he has chosen to focus on the dumbest reason to watch it.
2020-03-17 14:45
#144
swag |

MSL_Fanboy
Deviating from the fact Flashpoint ran a LAN event during a virus outbreak, because you ran out of valid arguments. Good stuff. Thought FInland did well with education. Have a nice day.
2020-03-17 11:57
1 reply
#162

Chiirs
He must be like one of those people who decided to go abroad couple of days ago and then complain about border checks, cancelled flights, quarantine etc.
2020-03-18 12:24
#46
based |

MbappeGOAT
Yeah and he was boasting about it and making fun of ESL for taking the appropriate measures this sanitary crisis requires
2020-03-17 02:56
7 replies
#32

kaeschdle
Haha this would be amazing They got a somewhat overlapping schedule (e.g. Astralis vs godsend plays tomorrow when trashpoint has mibr vs envy) but there are currently no top5 vs top5 matchups in EPL
2020-03-17 05:12
#49

J__ac_pis
and i mean travelling from one place to another is spreading this virus they were already in LA i dont unserstand this move really
2020-03-17 03:06
5 replies
#79
tabseN |

kaeschdle
European citizens can always come home to their homecountry I believe. But I’m pretty sure the players all stay in NA and just play it Online from there
2020-03-17 05:13
4 replies
#106
KRL |

LeDiplomate
Idk for Germany but French citizens have a limited time to get back, as all travel between EU and the rest of the world will be stopped today.
2020-03-17 09:23
3 replies
#108
tabseN |

LeDiplomate
Our president made a speech yesterday in which he said travels from EU to the rest of the world would be canceled from today, and that French citizens willing to come back should reach out to their embassy as soon as possible.
2020-03-17 09:35
1 reply
#150
znajder |

doMK0
You guys are getting sold out again, it makes me really sad :( money and business yet again more important than health, experts estimate up to 500.000 deaths for the US if you dont take more serious measures soon. Obesity, diabetes, smoking ... all major risk factors and you got a lot of people which suffer from conditions which could make infections very severe. Stay safe guys, look after each other and for gods sake get a health system which looks out for everyone
2020-03-17 08:52
#60

kaeschdle
Yeah well not having tests as the ‚greatest Country in the world‘ and then acting like you have little to no cases certainly worries when there’s a global catastrophe going on that kills a thousand people daily. USA will be fucked in one or two weeks and having people avoid as much contact with other people is the best thing they can do right now
2020-03-17 05:16
#62

draizze
Most likely the team will still on US but FP probably need to reschedule the matches, maybe more match in a day to make the tournament duration shorter.
2020-03-17 03:36
#67

stotte
Theres always that one person who starts bringing up previous tournaments when I'm talking about Flashpoint and Flashpoint only. Do you feel better now?
2020-03-17 14:08
#200

henoch
Almost like TyLoo winning big matches on the tournament in China but loosing to everyone all the time anywhere else.
2020-03-17 16:37
#81
znajder |

Lagge15
Sad. That almost means Flashpoint 1 got no reason. They wanted a better lan format ad more for the viewers and orgs but that is nearly impossible (their vision) when it is online
2020-03-17 09:13
9 replies
#105
tabseN |

kaeschdle
the most entertaining thing for me was the banter between the teams, especially smooya was hilarious. i really dont think i'm gonna continue watching Onlinepoint now, especially not when ESL pro league is doing the same format with better teams and a more entertaining caster/analyst desk at the same time
2020-03-17 09:21
8 replies
#151
STYKO |

Lagge15
EPL has only played one day so far. I had lag spikes on picture and not on sound and my friends had the same issue. Perhaps just an NA twitch server, but it was hard to see what was happening since the speed changed on the video and sometimes froze
2020-03-17 12:30
5 replies
#160
tabseN |

kaeschdle
ohhh youre right i kinda got that mixed up. i watched ence vs spirit in full but missed the rest. i sometimes did have blackscreen when they cut to the analyst desk but other than that i couldnt complain hope they fix everything for today
2020-03-17 12:34
4 replies
#172
STYKO |

Lagge15
Gonna do some stuff with my computer to make sure it wasn't o. My end before watching and judging. Still gonna give EPL and Flashpoint a free pass for the rest of the season due to all the complications brought on to them from external powers. No interesting games today though.
2020-03-17 13:34
3 replies
#179
tabseN |

Lagge15
I like watching Fnatic play but I doubt the match will be interesting. Gonna watch the mdl and then get some much needed sleep. All Flashpoint and EPL and MDL and work has made me sleep too little past couple of days
2020-03-17 15:25
#204
STYKO |

henoch
Imagine trash-talking players who altogether won more majors than he will ever win regional LAN tournaments. What a joke player.
2020-03-17 16:39
#110

ToiletShitter
Meh Online cs is ass. Might be a little bit better than EPL with the players all at the same location and lower pings with a LA server. EPL teams like Astralis yesterday just straight gave up because there’s less accountability in online cs. Just get it over with, turn off your pc and return to your own life without having to deal with the aftermath of a fucked up match in person on LAN.
2020-03-17 10:27
2 replies
#129
tabseN |

ToiletShitter
I don’t blame them. It’s better than nothing, especially with all the sports league being suspended as well. You just can’t value the results too high and compare a top finish here to a big LAN win.
2020-03-17 10:39
#127

Ganeltin
I guess the players could play lan at their homes? Would make för 10 players, 2 coaches and 1/2 admins. Thats Only 14 People Say DIG plays vs (example) Gen.G at Gen.G premises And so the casters and observers would stay in Another house interacting with eachother and stream.
2020-03-17 10:43
#134
ISSAA |

bangohat
The rich controlled media sure is working wonders and with everyone on social media they all have to act like the virus is a threat and cancel events, shut down cities.. Every rich social media person will for sure say they have the virus to get clicks. Still not reports of the normal flu deaths. Guessing everyone that dies from a cold this year they will blame corona virus.
2020-03-19 04:24
#218

Astralis_never_won_against_me
Not expected, but would a t5 tournament have a crowd anyway
2020-03-22 06:09
Login or register to add your comment to the discussion. 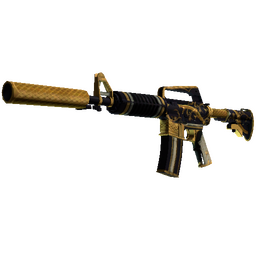