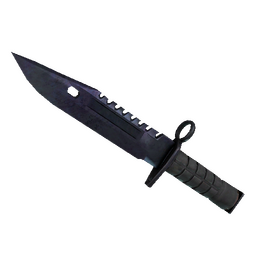 Swole Patrol will take the last spot in the second phase of Flashpoint 1, in which they will play under FunPlus Phoenix, the tournament organiser has announced.

The former eUnited squad have agreed to join FunPlus Phoenix for the remainder of the season, replacing the Danish roster that donned the Chinese organisation's colors in the opening phase of the league.

That team, led by Casper "⁠cadiaN⁠" Møller, were on the brink of signing for FunPlus Phoenix before Patrick "⁠es3tag⁠" Hansen agreed to join Astralis in the summer. It is believed that the last-minute twist saw the deal fall through, with the players now expected to return to Heroic. Swole Patrol will play as FPX in Flashpoint

Swole Patrol have been searching for a new organisation to represent since the start of the month, when the players were released by eUnited. They become the second team to compete in both the ESL Pro League and Flashpoint after Brazilian side MIBR.

In a Twitter post, Austin "⁠Cooper⁠" Abadir rejected a claim from Flashpoint that his team had signed with FunPlus Phoenix, which should not affect their participation in the league. The North American side face a tricky task to make the eight-team Flashpoint playoffs after their predecessor finished last of their group. They have been placed in Group B, alongside MAD Lions, Chaos and c0ntact, facing the ex-CR4ZY roster in their first match on Sunday.

The following players and coach will represent FunPlus Phoenix in Flashpoint 1 moving forward:

Update: This article was updated after Cooper- rejected a claim from Flashpoint about his team having signed with FunPlus Phoenix. makenukegreatagain
this may be crucial tournament for freakazoid finally he can show his world class form and lead to next major
2020-03-27 09:00
2 replies
#121

ChiperoG
Agreed, Flashpoint has been the better out of the two even with many blunders made by Flashpoint especially the audio early on.
2020-03-26 21:21
6 replies
#84
Skadoodle |

NavyEnthusiast
There's always a lot of testing to do, and testing that will be literally the first matches that are streamed to see how it works.
2020-03-26 21:42
5 replies
#92
GeT_RiGhT |

user_namer
wait what the fuck i didnt even read the whole thing i thought swole patrol got invited to flashpoint and didnt have an org
2020-03-26 21:38
#13

kaeschdle
Wtf So The danish squad is heroic again? And swole patrol is fpx now? But when it’s technically still fpx do they get the points from the danish fpx? And Are swole patrol now fully signed by fpx but only for flashpoint? Like do they play EPL as fpx or as swole patrol? What is this clusterfuck
2020-03-26 20:17
6 replies
#21
applesauce |

applehack97
flashpoint is trash and FPX is a scummy organization, Swole shouldn't agree to this even if monetarily this seems like a good move, it really isn't
2020-03-26 20:17
14 replies
#22

AUSSIEAUSSIEAUSSIEOIOIOI
Cadian said he had no beef with estag he felt gutted cuz he couldn't even play the match whether that was fpx or flashpoints doing idk.
2020-03-26 22:20
8 replies
#120

AUSSIEAUSSIEAUSSIEOIOIOI
lol read the article he is still with heroic until July 1st plenty of time to play the season, either flashpoint or fpx got salty and completely abandoned the team. Also any person with a brain would say yes to astralis, the best Danish team by far with much higher pay.
2020-03-27 14:48
6 replies
#124

toxicthegod
why would fpx want them to play if its not going to be a full roster in 2 months they would need to find a perm 5th before they would play flashpoint matches soooooooooo with Estage leaving no one on herioc wants to play with him because they need to be playing with a new 5th so it makes no sense to be in fpx or flashpoint with a uncompleted team. this is why you have downs because its so easy to understand but youre downs and dont get that
2020-03-27 15:10
3 replies
#127

AUSSIEAUSSIEAUSSIEOIOIOI
You claim that they aren't willing to play with estag, if you read cadians tweets you'd know that's a load of horseshit it's obvious they were willing to play the matches but fpx wanted nothing to do with them over one player leaving for a better team.
2020-03-27 15:39
2 replies
#128

stotte
A team that is coached by a2fuckingz is a shit show that will never go anywhere. Swole Patrol is ENCE times 500 thousand. When has a2z ever been known as a tactical mind or even a motivational person who will take players aside and help them with issues? Match that with kicking Relyks and FNS and leaving Freakazoid to IGL and this is an absolute waste of money for FlashPoint. FUCK NA CS
2020-03-26 20:19
1 reply
#49

mukas17
I like the analyst line up, sean and potter are two of my favorites, I also quite enjoyed the banter from the teams, nice to see some personality from a few of the players, like Bubzkji.
2020-03-26 20:38
2 replies
#57

kaeschdle
Banter was nice the first few days, especially from smooya but other than that it left me pretty underwhelmed and it’s only going downhill ever since
2020-03-26 21:48
#26
i am |

kaeschdle
I mean nobody knows what the future holds but currently there is literally nothing better than in EPL. I’ve seen better storylines at DH opens and that is with less stand ins as well. Only interesting thing is that it gets worse every two days, exciting to follow the drama but the league itself is boring
2020-03-26 21:51
#69
steel |

FlNLAND
lmao brax getting fucked left and right
2020-03-28 11:47
Login or register to add your comment to the discussion.