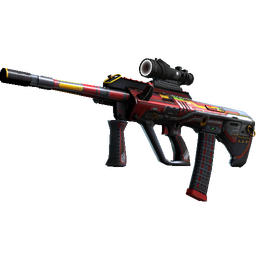 After the announcement of the first five teams in March, the roster for the first week of Home Sweet Home, starting April 7, has now been made public.

Home Sweet Home, a series of weekly online cups with a total prize pool of $320,000, was announced on March 20 as much of Europe was either already on lockdown or getting ready to lock down due to the COVID-19 pandemic. The first three teams, North, GODSENT and forZe, were revealed at the time, soon to be joined by BIG and Virtus.pro.

Filling out the 16-team four-group GSL stage for the first week will be the likes of Spirit, Movistar Riders, Syman, Sprout, AGO, Nordavind or SKADE, among others, all vying for the $30,000 lion's share of this week's $40,000 prize pool. Spirit will fight BIG, Syman and SMASH in Group A

All Group A matches will be played on April 7, followed by Group B the following day and so on until April 10 when the group stage will conclude and the playoff bracket will be set. The quarter-finals will then be played on April 11 before the first week of play comes to an end with the semi-finals and final on Sunday, April 12.

The week 1 opening matches are:

areumadcosimnot
damn Spirit Smash and Syman yet more Top 5 contenders after this! Why Big always get the hard opponents like North, CoL, Moviestar Riders, Detona and Avez? pls valve stop this isnt fair!
2020-04-04 00:39
#83

TheDaveX_boiii
literally they could just skip this boring group stage right off to playoffs group A BIG Spirit group B Godsent AGO group C North Sprout group D VP forZe ez pridiction
2020-04-07 14:42
Login or register to add your comment to the discussion.