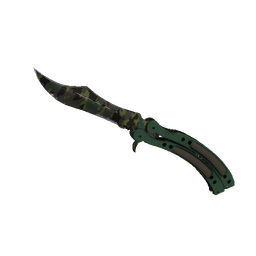 MIBR, Yeah to compete in ESL One: Road to Rio despite conflict of interest as Valve looks to promote multi-team ownership discussion

MIBR and Yeah have both been given the green light to compete in ESL One: Road to Rio despite the strong ties between the two squads as Valve aims to reignite the discussion about the sensitive topic of multiple team ownership, HLTV.org and Globo Esporte reveal.

Group B of ESL One: Road to Rio - North America will begin on Thursday with the first round of fixtures, featuring a clash between MIBR and Yeah, two teams sharing more than just nationality.

Once a household name in the Brazilian Counter-Strike scene in the early 2000s, Yeah was relaunched in January 2018 by numerous prominent figures, including current MIBR player Epitacio "⁠TACO⁠" de Melo and team coach Ricardo "⁠dead⁠" Sinigaglia. Current Evil Geniuses coach Wilton "⁠zews⁠" Prado and FaZe's Marcelo "⁠coldzera⁠" David are, too, among the team's investors, and Gabriel "⁠FalleN⁠" Toledo was also involved in the project in the past. This umbilical relationship has been commented on by multiple parties involved and is even mentioned in the "about" section on Yeah's website. TACO is among the investors in Yeah

Yeah was rebuilt with the goal of helping to nurture some of the top prospects coming through in Brazil, a country with a deep talent pool, just like Games Academy had done in the past. Yeah built a new team in January by bringing together former members of Sharks, paiN and Imperial, with the players then moving to Los Angeles, where MIBR's gaming house is also located.

Prior to the start of ESL One: Road to Rio, every team had to fill out a form declaring whether or not they had a financial relationship with a competitor and listing every existing conflict of interest. Failure to do so could result in immediate disqualification and/or forfeiture of proceeds.

In the documents submitted by MIBR and Yeah, which HLTV.org obtained, both parties confirmed that there are financial ties between the teams. TACO, dead, zews and coldzera are all listed as co-owners of Yeah even though they allegedly don’t take any decisions on the company's behalf. In exchange for a set annual fee, MIBR's parent company, the Immortals Gaming Club, has the option to "buy out at most two players from YeaH Gaming’s roster in a calendar year at an agreed upon price."

Contacted by HLTV.org, a Valve representative explained that the sole requirement for ESL One: Road to Rio was that "participating teams disclose existing conflicts of interest, and that those disclosures be made public so that the community can have an opportunity to discuss them." This is the reason why both MIBR and Yeah will be allowed to participate in the tournament despite the game developer previously stating that "teams and players should not have any financial interest in the success of any team that they are competing against."

This latest development could represent a major shift in the competitive landscape and witness the return of academy teams, which were shut down by organisations after tournaments took a firm stance against multiple team ownership. This was also the reason why RFRSH Entertainment decided to scale down and focus solely on Astralis after initially supporting four different squads. The Danish team, who hold the record for the most Majors won (four), ended up splitting in July 2019 from the esports media agency, which is operating the BLAST Premier circuit.

Below you can find the declaration of interest from 19 teams competing in ESL One: Road to Rio, shared by Valve:

joaodocaminhao
Yeah roster are young players with potential from Brasil, the idea is to finance their moe to NA in order to develop. Of course the owners will make money on their transfers in the future
2020-04-23 01:28
#94

Bundesnachrichtendienst
Did anyone read the document? :D Other party: YeaH Gaming ! Nature of conflict: MIBR parent company IGC has an agreement with YeaH. In exchange for a set annual fee payable regardless of actual roster changes, IGC has an option to buy out at most 2 players from YeaH Gaming’s roster in a calendar year at an agreed upon price. This is very interesting
2020-04-22 21:44
3 replies
#104

applehack97
everyone: *professional statements about possible serious links regarding conflicts of interest* movistar riders: "uh idk we were invited to a qualifier, is that ok?"
2020-04-23 08:03
1 reply
#106

applehack97
you tagged the wrong Imperial on the article when mentioning the teams where Yeah got their current players
2020-04-22 21:54
1 reply
#40

OFFICIAL_OIL_BARREL_NEGOTIATOR
Conflict of interest to determine who will get last and who gets second last
2020-04-22 21:56
4 replies
#34
Twistzz |

vhoks
FaZe's declaration is from their Head of Esports, so he spoke not only on the administration's behalf, but also on the athletes'. Omitting Coldzera's ties with Yeah is a big deal and very weird considering mibr and EG were completely clear on this matter. There's no way ESL isn't aware already, and best case scenario for FaZe if they get pressed on this matter is getting away by alledging they were incompetent on a crucial matter.
2020-04-23 02:50
1 reply
#111
tabseN |

Beard43
This seems reasonable. I think that provided both teams have different management it's unlikely that there would be an issue. They both presumably have a responsibility to their respective sponsors and fans to perform to the best of their ability regardless of their opponent. I also think academy teams are a great idea, it's a really excellent way to uncover or test talent. Interesting development, I wasn't aware that this was a reason why academy teams had been abandoned.
2020-04-22 23:09
#59

abyss_watcherr
The reason why both MIBR and Yeah will be allowed to participate is because they have zero chances to win
2020-04-22 23:32
#65
TheEntireNationOfKenya |

abyss_watcherr
The reason why both MIBR and Yeah will be allowed to participate is because they have zero chances to win
2020-04-22 23:32
#68

NostalgicMomentsAreMakingCS
Really good that these conflict of interest papers are public. Helps to have transparency instead of journalists leaking info and Orgs either not commenting or denying it.
2020-04-23 01:26
#90

KendraLust
Movistar riders document is the funniest one (after you see others declarations docs from bigger teams).
2020-04-23 22:47
#125

areumadcosimnot
nice gifted Ace clutch for Fallen twitter.com/DonHaci/status/1253433498255.. Help from TACO to stay on the team maybe? These kinds of videos will keep Fallen in the conversation to be still capable of playing. Or maybe TACO should get his money back for them throwing like this/peeking one by one.
2020-04-24 00:26
#129 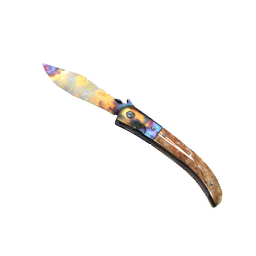