ESL evaluates conflicts of interest from Road to Rio participants

ESL has indicated that it is currently evaluating the conflicts of interest reported by the participants of ESL One: Road to Rio.

In a Twitter post, the tournament organizer added that it has messaged teams asking for clarification and admits that it could take "further action" depending on the nature of the additional information provided.

The announcement came just 24 hours after HLTV.org and Globo Esporte reported that Valve would not immediately act upon conflicts of interest between the teams participating in ESL One: Road to Rio, one of the four Regional Major Rankings (RMR) tournaments acting as qualifiers for this year's Counter-Strike Major, for the sake of reigniting the discussion about the sensitive topic of multiple team ownership. Valve shared with HLTV.org the declarations of interest from 19 teams competing in ESL One: Road to Rio. The documents confirmed that there are close ties between MIBR and Yeah, two teams who will face each other later on Thursday in Group B of the North American division.

MIBR coach Ricardo "⁠dead⁠" Sinigaglia and team member Epitacio "⁠TACO⁠" de Melo are among the owners of Yeah, though they allegedly do not make any decisions on the company's behalf. The Immortals Gaming Club, MIBR's parent company, holds the option to buy out at most two of Yeah's players in a calendar year for a set price in exchange for an annual fee.

Evil Geniuses coach Wilton "⁠zews⁠" Prado owns a 25 percent stake in Yeah, which raises the possibility of another conflict of interest, though the North American giants can only face the Brazilian team if they both make it out of the groups.

Another conflict of interest in ESL One: Road to Rio, this time in the European division, involves Dignitas and NIP as Christopher "⁠GeT_RiGhT⁠" Alesund owns a minority stake in his former team, with the two Swedish giants set to square off on Friday.

With Valve stating that it was looking to give the community the opportunity to discuss the conflicts of interest in the scene, it remains unclear what prompted ESL to consider taking action. HLTV.org has reached out to the tournament organiser for clarification. RealPissant
because you are playing against yourself in some shape or form, that may influence decisions.. you could lose on purpose and bet on your second team, shit like that
2020-04-23 22:37
5 replies
#74

KainZ
well they are still letting the games happen so its irrelevant saying anything lets just pay attention to betting patterns etc.
2020-04-23 23:10
#73

_SCHNEIDER_
Technically dead and taco are assisting the scene actually by helping a lower tier Brazilian team who may not have the funds to compete otherwise. The conflicts just need to be managed. It’s a difficult situation and an uncomfortable one for taco and dead more than anyone else
2020-04-24 00:49
#80

pedaz
Highly doubt that this method is financially viable, since you would lose to those big teams in playoffs immediately.
2020-04-24 12:26
3 replies
#109
znajder |

_SCHNEIDER_
Of course. It was just an example of what could happen at the extreme end of this if this was correct. You do have to remember though that for some orgs making it out of groups is a huge win money wise. They don’t need to win the tournament for it to be seen as hugely beneficial to their org
2020-04-24 14:23
2 replies
#111

Ger_1_Einstein_World_0
GTR conflict is too low that it should matter. I mean if he would lose vs NIP with purpose he would probably lose money. MIBR and YEAH is a fucking joke. You saw yesterday YEAH was throwing as much as possible. ESL can't guarantee fair play there so the only conclusion is to say they have to choose which teams play.
2020-04-24 07:39
#101

FREIER
Kick them all from this tourney. GTr, MIBR, yeah and coldzera if he has ownership in a team other than faze. They had long time to fix this, now act on it Volvo or u are a joke and so say bye to cs go esports
2020-04-26 13:48
Login or register to add your comment to the discussion. 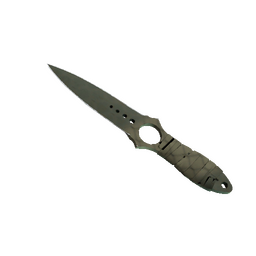