kassad first linked up with the Australian lineup featuring Justin "⁠jks⁠" Savage and Aaron "⁠AZR⁠" Ward at the start of 2017 and spent a year with the team during his initial tenure. A four-month stint with his countrymen in Valiance followed, but kassad ended up returning to Renegades before the end of 2018.

During the last two years with the Australian roster, kassad found plenty of success. He helped the team turn things around following the additions of Sean "⁠Gratisfaction⁠" Kaiwai and Jay "⁠Liazz⁠" Tregillgas, and they rose from the 30th place in the world ranking to their peak place of fifth following a top-8 finish at the IEM Katowice Major. The squad finished even higher at the following Major (3rd-4th at StarLadder Berlin), and came close to a title at IEM Beijing in November after transferring to 100 Thieves. kassad worked with AZR and jks for almost three years

Since the start of the year, 100 Thieves have had mixed results, with a 5-6th at IEM Katowice coming in between group stage exits at BLAST Premier Spring and ESL Pro League Season 11 North America.

In a Twitlonger post, the 33-year-old explained that he and the players had been "drifting apart in more ways than one for a while" while admitting to being "generally unhappy with our progress and stagnation." He added that he is open to offers as he looks to continue his coaching career.

UPDATE: The story has been updated to include kassad's statement about his departure from 100 Thieves and his future.

Chrissehhh
@ #121 100Thieves are a solid team imo, sometimes things work and they don't and sometimes things that have worked before, might not. From the major and past events e.g. Berlin or IEM Sydney it's clear that they have a lot of potential but they defo need a lineup change to be able to make that step further and reach the potential. Wouldn't write them off as future consistent top 5's, something definitely has to change.
2020-04-28 16:43
2 replies
#298

kick_adreN_from_liquid
he's decent, but as you can see on lan tournaments, adreN is just standing there, he's not giving any moral boost (unlike zonic, he always hype up astralis every round), and also it seems when it's timeout he never really talks with the team, so overall it seems that he has little to none impact for team liquid, especially in the "confidence boost" side, and you know liquid sometimes really need that confidence if they want to win.
2020-04-29 03:07
3 replies
#319

BomberMan_
dont think he will join mibr unless they pay him loads. Guy can go to any top 10 team (other than navi fnatic ast) and make massive impact instantly no point in joining a sinking ship + learning new language
2020-04-29 01:05
4 replies
#280
ZywOo |

BomberMan_
Fnatic fix was so obvious (bring back Golden why in the fuck did they kick him no idea) and there are many swedish coaches that are good enough for Fnatic. Also, swedish talent wasn't completely locked up and flusha made a resurgence. Only fer is t1 level right now everyone else is trash. Mibr has BR talent who locked themselves up for 5 years. Everyone else isnt ready for t1 and there are no BR top coaches. zews is in EG and peacemaker isn't leaving Mad Lions.
2020-04-29 01:31
2 replies
#309
Skadoodle |

Chrissehhh
I feel the same man, he was so good when he stood in for them and I always thought they should've brought him in after that. The guy put up some solid scores at t1 events and carried Chaos during the time he was there. Makes sense. ;)
2020-04-28 16:25
#117

IDontSpeakEnflish
well then i have a psychological block bcs is very hard to me to understand aussies, even indian accent are more clean
2020-04-29 23:32
#130

verydenkmem
It's probably what they're going for, I can't imagine anything else really, since this would be a brain-dead move without an actual good replacement available.
2020-04-28 17:40
#22
slaxz- |

Roschariasch
I've actually seen this weird "phenomenon" in English a few times. Apparently it is possible to use plural forms with institutions. Or they all wrong and this is some kind of a Mandela effect.
2020-04-28 16:35
2 replies
#142

IroNNNNNN
Depends, if you consider an organisation to be more than 1 person then it's 3rd person plural. But 'the organisation' itself is singular so it should be has. There's many spelling mistakes in articles written by (non-)English speaking writers, why shouldn't HLTV have some of those articles too? :D
2020-04-28 16:58
#105

Drooid_Olof_FeelsBadMan
Remember when Renegades kicked kassad and became bad? And when he came back they became much better? Now they kicked him again, guess what happens
2020-04-28 16:34
5 replies
#149

ChiperoG
Like people have said before me this will have terrible consequences and at the same time I am really happy for him. He deserves a team that is a top contender and not steady top 10. Hope this means that 100thieves wants to finally make some serious changes maybe -azr +dexter and -gratisfaction +smooya? (not so sure about the last one, personality wise.)
2020-04-28 17:19
1 reply
#188
GeT_RiGhT |

Slov1ker
Man get jks out of there he is such a good player but really needs teammates that can work around him, he is a s1mple and zywoo level player if given the chance to prove himself under a different team
2020-04-28 18:23
#227

Jefreymarksman
Go coach contact gaming team, if they remove emi + add a decent rifler , and kassad as coach decent tier 2 team
2020-05-03 23:39
Login or register to add your comment to the discussion. 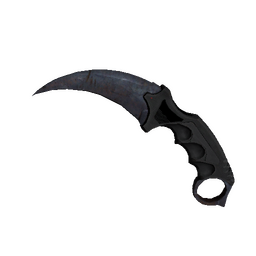