Syman triumph over NAVI; Hard Legion take down Virtus.pro in Road to Rio

Natus Vincere were handed their second defeat in ESL One: Road to Rio - CIS as Syman managed an upset, with Hard Legion's win over Virtus.pro tying all six teams in group B at two wins from four games.

Earlier this week, a confident victory over pro100 restored some faith in Natus Vincere's form following their upset-loss to Virtus.pro, but things looked shaky for the CIS powerhouse again today as they met Syman, the lowest-ranked team in their group (#59). The squad that added Rustem "⁠mou⁠" Telepov and Rasmus "⁠kreaz⁠" Johansson to finalize their roster in February after the departure of Ilya "⁠Perfecto⁠" Zalutskiy outclassed Natus Vincere on their own map pick, Overpass (16-4), suffered a narrow defeat on Dust2 (14-16), and closed out the series after a dominant T-side on Train, (16-12).

Denis "⁠electronic⁠" Sharipov and Aleksandr "⁠s1mple⁠" Kostyliev were the main driving forces behind Natus Vincere's Dust2 victory, posting a 1.74 and 1.73 rating respectively, but couldn't repeat that on Train where Sanzhar "⁠neaLaN⁠" Iskhakov's squad outplayed them tactically, and denied the second-half comeback attempt.

Hard Legion (#50) also picked up an upset victory, taking down the inconsistent Virtus.pro (#22) who followed up their win over Natus Vincere with BO3 defeats to Sprout and Apeks.

In the Road to Rio series, Hard Legion managed a CT side comeback on Overpass, powered by their latest signing Dmitry "⁠rAge⁠" Bolotov, to start the series 1-0 up, before an inspired Inferno from Dzhami "⁠Jame⁠" Ali and Timur "⁠buster⁠" Tulepov equalized the series score. After two fairly contested maps, Hard Legion put up a wall on the CT side of Train (14-1), making it just a matter of time before they closed it out (16-9).

With today's two underdog victories, all six teams in the group are now tied at six points from four matches played. That makes the last playday, which takes place on Sunday, May 10th, all-important in deciding which three teams will go to the playoffs. subzera
furia topped their rtr group undefeated. navi is on the edge of missing playoffs in their rtr groups from losing to the #20 and #59 ranked teams. im gonna be laughing when navi continues to preform poorly at every rtr and miss out on rio. cya at major lol
2020-05-08 20:27
6 replies
#105

vexuzz
And they said that navi's era begun. But in reality, they need to kick Perfecto and to sign someone else. That situation makes me feel that nothing will help that roster.
2020-05-08 22:13
#124

ENCE_1_MUSIC_KIT_ASTRALIS_0
They just won katowice cuz boombl4 and flamie decided to step up their game. The thruth is that when these 2 started to underperform again, navi are back to being bad again
2020-05-08 22:12
#126

arhan19926
wtf s1mple carries so hard and still getting called baiter or toxic. he's the player that can clutch that is keeping navi up because of which he has to send someone other than him to get information, if he dies first then the round is over for sure. wht u guys thinking, nvm u are all haters
2020-05-10 06:06
#155
B1T |

arhan19926
yep for the winning of a team every player must be performing not just the best player of the team in this case s1mple. cause if he's down then its a round lost mostly
2020-05-10 06:13
Login or register to add your comment to the discussion. 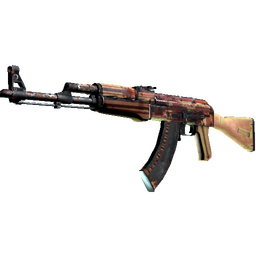