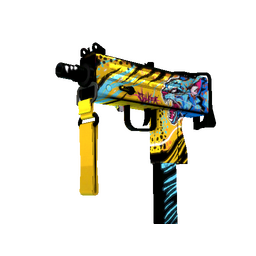 FURIA edge out win over Liquid in DreamHack Masters Spring

FURIA took home their second victory in DreamHack Masters Spring as they narrowly prevailed over Liquid in a three-map series, leaving the North Americans with an 0-2 record in Group A.

Liquid were unable to make up for an opening best-of-three loss to Chaos on Tuesday as they dropped their second series in the North American division of DreamHack Masters Spring against FURIA. Despite putting a halt to the Brazilian roster's five-game winstreak on Vertigo to kick off the series, Liquid failed to close out a 9-2 lead on Nuke, leading to a Mirage decider where they ultimately conceded a loss in double overtime.

Russel "⁠Twistzz⁠" Van Dulken helmed Liquid's effort on map one, with Canadian compatriot Keith "⁠NAF⁠" Markovic stepping up to bat alongside him on Nuke to grant their side control early control of the series. The duo's rifling was not enough to keep Liquid ahead however, with Andrei "⁠arT⁠" Piovezan's relentless aggression, a handful of eco round losses, and the AWP of Henrique "⁠HEN1⁠" Teles proving crucial in FURIA's fight back in the latter half of Nuke and on Mirage. The win puts FURIA's head-to-head record in series play against Liquid at 4-1, with Nick "⁠nitr0⁠" Cannella's side last claiming a win over arT and company at DreamHack Masters Dallas 2019. Double kills from nitr0 and Twistzz saw Liquid come out of the gates swinging on Vertigo, gaining control to post a 4-0 start. FURIA fought against the rising tide, making good on their effort as they gained ground with five rounds, but the duo of Jake "⁠Stewie2K⁠" Yip and Twistzz proved too strong on the entries as Liquid surged forward to claim a 10-5 lead at the break.

A pistol win for FURIA was left by the wayside as a force-buy from Liquid kept momentum in the favour of the North Americans, allowing another four rounds to go their way before multi-kills from arT and Kaike "⁠KSCERATO⁠" Cerato gave FURIA three of their own. A comeback was not to be however, with Liquid quickly finding match point before closing things out with a triple from Stewie2K, who took his side over the finish line for a 16-9 win.

Liquid seemed set to continue in their winnings ways on Nuke, putting up a dominant showing on the offense as they sustained in a handful of late-round situations to post a 9-2 lead. Refusing to be blown out, FURIA had a resurgence in the latter portion of the first half led by KSCERATO and arT, allowing them to once again to fight back and win four straight to give themselves a fighting chance heading into the side swap.

FURIA kept Liquid's defenses spread thin in the second half as they continuously abused squeaky door and vent, with the North American side being unable to string together CT round wins as FURIA closed the gap. It wasn't until arT's side sat upon match point that Liquid took back-to-back rounds for their thirteenth and fourteenth, but Yuri "⁠yuurih⁠" Santos and arT quickly combined in round 30 to close out the map for their side, 16-14. Liquid kicked off Mirage with a smoke defuse to take the opening round, but an immediate answer back from KSCERATO and company in the ensuing gave FURIA the upper hand. Liquid managed two once they had rifles in their hands, three frags from NAF and a quad kill from Stewie2K adding to their tally, but it was an inverse scenario from Nuke that unfolded as the Brazilians battered Liquid for much of the remaining rounds of the half, leading 10-5 at the break.

Liquid made an effort to even the score as they took the second pistol and ensuing round to move up to seven, but the Deagles of Vinicius "⁠VINI⁠" Figueiredo and KSCERATO combined with HEN1's Scout gave FURIA the chance to recover a 3vs5 and get back in on the action. A back-and-forth brawl saw arT's side come out ahead, allowing them to claim match point at 15-11, but Liquid were able to create openings in the CT defenses to win four in a row and force overtime. There, FURIA reigned supreme, with Liquid managing to comeback from behind to force a second overtime before the Brazilians closed things out, 22-20.

The standings for Group A look as follows: _ATaXiA_
Yup, they have tanked since Stewie took over IGL. NAF is/was amazing as a 2nd AWPer in optic with Mixwell and then He and Nifty would share AWP roles on renegades. He could be an amazing awper if he dedicated himself to that role, He's not needed as a rifler. They need just a solid support player and NA's best support player happens to be a free agent and he's ex-team liquid too.
2020-05-22 19:05
#116

_ATaXiA_
No, Besides being said before just about every match in the last 2 weeks the team liquid run site liquipedia.net/counterstrike/Team_Liquid also has him ranked as IGL.
2020-05-22 18:49
#118

_ATaXiA_
Yeah i think it might go -nitr0 because they have a full team of capable AWPers but it wouldn't be for ALEX. You gotta remember they have an image/brand that they push with the CSGO team - America's Team and that shit with the Captain America style jerseys and all the america inspired bullshit, to bring on a player who's not from america would ruin that whole marketing campaign.
2020-05-22 18:54
2 replies
#157

BYZMO
Well 2 guys are Canadians already and Stew is Asian, not like it makes him less American but because of the reason that the whole of America is based on migration would it really matter that much? I mean being an American is in one's spirit not in one's origin isn't it?
2020-05-22 19:59
1 reply
#158

_ATaXiA_
The difference is that all of them are North Americans regardless of how far north they came from. And you kinda answer your own question on being american is more spirit than origin - "Well 2 guys are Canadians already and Stew is Asian" Even you see them as canadian and asian before american, which isn't a big deal. What they have to watch out for is what C9 did after boston, C9 came out of the gate as USA USA blah blah and sold everyone on that image, then they switched out so many players that they didn't feel like an american team and people stopped cheering for them. Thats just my take on the marketing/image side of an ALEX move. Now as a player i just don't see him taking IGL from Stewie just yet and thats the only thing ALEX has to offer that liquid needs is a smart IGL. The move i'd look out for more is +FugLy -nitr0. Liquid could move NAF to Awp and thats nitr0's only addition to the team since losing IGL. Bring in FugLy who is easily NA's top support player and is under no contract and has been a member of liquid with adreN in the past. Thats a much easier move to make and a more solid choice for the role they need filled.
2020-05-22 20:17
#134
d4v41 |

Karlogaria
I actually think arT always wants to die as fast as possible in order to concentrate on giving orders to the bois. If he kills some guy(s) before dying he is profiting
2020-05-22 02:02
1 reply
#126

WisiestBrazilian_in_HLTV
"was just w" they actually goes to number 3 player in the world on that season. Yeah arT its pretty unconvencional and fun to watch and actually effective somehow but to be even close to 2017 Fer, they need to start beat everyone and win all tournaments right now, with arT being a key player and consistent in his style. I dont think so, but if dosn't do that not even on feet of Fer 2017
2020-05-22 08:03
2 replies
#139
yuurih |

Mohammed_Jansen
I would love for Liquid to start practicing Train just to surprise Furia in the veto of a potential final in this tournament. Any other map seems heavily contested by Furia. Even Nuke now. Even though Liquid beat Furia on Vertigo today I would rather see them ban it.
2020-05-22 01:27
5 replies
#22

SLAVak
Liquid will have a hard time passing the group stage... And btw picking Mirage today instead of Overpass was a questionable decision today...
2020-05-22 01:21
4 replies
#33

nakTriceps
The problem is that even winning, there are high chances of a triple draw alongside MIBR and Chaos. And Liquid already lost to Chaos 0-2. If MIBR won 1 map against Liquid and won against Chaos, goodbye Liquid.
2020-05-22 01:34
2 replies
#47

Karlogaria
Just your everyday Liquid getting trashed by FURIA. Glad to see FURIA's bois as a whole keeping psychologically stable when losing and showing how strong their game is HEN1's addition might be one of the best ever. Smurfing casually against Liquid, playing loosely, out of his mind, without any fear. If he keeps up this pace he might break into top20 and I hope he does so 🐊 Waiting for kscerato to step up once again. He seems to crumble a bit under pressure. And VINI's become FURIA's TACO - must oil these gears a bit #diadeFURIA
2020-05-22 01:36
#44

Karlogaria
Dignitas won't even move past group stage/bottom position of any tournament. Respect for their history, though
2020-05-22 01:48
#62
ZywOo |

@bloodR1g
Ofcourse FURIA is know to play better online than LAN and it's totally normal.
2020-05-23 01:48
Login or register to add your comment to the discussion.