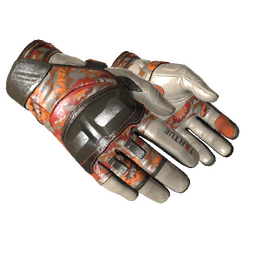 x6tence have released their CS:GO squad with immediate effect, the Spanish organisation announced on Wednesday.

The announcement comes just 24 hours after it was revealed that x6tence had been acquired by Giants for an undisclosed fee in a strategic move that united two of Spain's biggest esports organisations.

x6tence's executive staff will be integrated into the parent company, but the Counter-Strike roster has been let go, ending a ten-month partnership with the Argentine squad that had seen Jonathan "⁠JonY BoY⁠" Muñoz reunite with former Miami Flamingos teammates Tomás "⁠tomi⁠" Guardia and Matias "⁠tutehen⁠" Canale.

The roster, which also included Morís "⁠OMG⁠" Marquez-Cid and Nicolas "⁠NikoM⁠" Miozzi, will most likely disband following this decision, JonY BoY told HLTV.org, as the team has struggled with middling results since its creation. NikoM and company are no longer bound to x6tence

This doesn't mark the end for x6tence, however, as Giants CEO José Ramón Díaz confirmed in an interview on esportmaniacos that x6tence will be the brand under which the CS:GO team will operate after 2020. In the same interview, Giants' top executive also noted that one of the reasons behind the acquisition of x6tence is the ability to work with two brands simultaneously and attract different sponsors.

In a statement on their website, x6tence cited the failure to reach the goals that had been set as the reason for releasing the team. The management is now working on "restructuring the division and redefining new goals," it was announced. craZy_y0
The MFE/GFE core did so much better when they were in North America imo. They've literally been eaten alive by all the European teams and many of the fellow Iberian teams the whole time that this lineup has existed.
2020-06-04 01:24
#160

Pabloskiis
Kioshima was free agent and lucky was a low price because we can wait to his contract will finish but we decided get it before
2020-06-04 15:01
1 reply
#155

ferk
They had several squads back in the day. The one you're talking about was their 'Galaxy' squad, with nawwk, plopski and some other names. It ended pretty badly with BARBARR coming against x6tence owners. This was more than a year ago though. Then they added jonyboy to their other squad, and afterwards he became the captain and brought his countrymen to x6tence. Some of the staff bragged about having invested 200k into this new squad, but as you can see, due to lack of competitiveness, it quickly went against them for throwing 200k into the trash bin.
2020-06-03 23:22
#43

[Darkaren]
Tbh this was a waste of time I don't think trying to boost argentine cs is gonna help it at all. The country is stuck where it's at, borderline tier 3, maybe the best thing to do is to bring up people like meyern, like luken, try to put them into tier 2 teams and gain some exposure. Maybe if that grows the scene a little further there is a point where you can have a real csgo team from argentina that is capable of doing damabe. But as things are atm, they're all a waste of time and money.
2020-06-04 01:02
2 replies
#96
smooya |

Rvb
X6 was once the spanish team to look up in the Spanish scene. Now it has become a joke, i don't get why the keep up w/ the argentinian roster when they don't have the lvl. MAD Lions (spanish team) made an entire norwish roster and it's working really well. X6 should focus on making a full core/team with players from Poland, Sweeden, etc.
2020-06-04 07:15
2 replies
#157

Rvb
No, i think we have really good players but x6 doesn't want a full spanish roster. Also, the 'spanish super team' is Movistar Riders. Imo the best idea for us is to make a mediterranean super team and try to mix the best players from Portugal, Spain, Italy and try to make it work. Thanks for your reply.
2020-06-05 09:42
#125

SwellisReborn
lmaoooooo remember when those argies were trying to say jony boy was a good player hahaha what utter shite
2020-06-04 09:50
#137 NEOFRAG
Player of the week
1.21