Vitality are through to the cs_summit 6 Europe upper bracket semifinal after defeating Heroic, sending the Danes to fight their fellow countrymen of North in the lower bracket.

After a clean run through the cs_summit 6 Europe Group B upper bracket, with victories over FATE and North, Vitality now proceed to the playoff’s upper bracket semifinal with a 2-1 victory over Heroic. The Frenchmen will go on to play OG for a spot in the upper bracket final, while Heroic will face off against North in hopes of progressing further in the RMR tournament.

Two entry frags by Mathieu "⁠ZywOo⁠" Herbaut got Vitality a plant on the B site of Dust2 in the first pistol round, which they won as the French star closed it out with an ace. Cédric "⁠RpK⁠" Guipouy and Dan "⁠apEX⁠" Madesclaire opened up with three kills in the first gun round to extend their lead to 4-0 as the Frenchmen plowed through the first ten rounds uncontested. A triple by Martin "⁠stavn⁠" Lund with two kills by Nikolaj "⁠niko⁠" Kristensen gave North their first round on the defense, although they would only be able to tally one more before the half, going down 2-13.

Doubles by René "⁠TeSeS⁠" Madsen and Casper "⁠cadiaN⁠" Møller kept Heroic alive in Dust2, but Kévin "⁠misutaaa⁠" Rabier single-handedly took the Danish squad out after getting a kill with a pistol and upgrading to an AK to get four more. Vitality followed it up to hit match point, and although they weren’t able to seal the deal immediately, they did so two rounds later to take the map 16-5. Heroic took the lead on the attacking side of Mirage as TeSeS downed three CTs. The Danes won the following two rounds before furthering their lead to 4-0 after the first gun round. Vitality bought for the second time in the half in the sixth round, which they were able to win to get on the board, but were unable to follow it up. Vitality put together another full buy after a tactical pause, which they won to make it 2-6. Richard "⁠shox⁠" Papillon then won a 1vs2 afterplant situation as they went on to tie it up 6-6. Heroic finally regained the lead, however, making it 8-7 at the half.

Vitality regained the lead after the second pistol round, going up 9-8, but were then blindsided by a forcebuy that tied things back up. Heroic then regained the lead, forcing the Frenchmen on an eco and furthering their lead to 11-9. Up 13-9 cadiaN won a 1vs2 to put Heroic on the road to a 16-10 map victory. Heroic will face North in the lower bracket

RpK and misutaaa stopped Heroic on their tracks to get ahead on the CT side of Inferno, going up 2-0 before the first buy round. The Danes then got on the board to keep it close, but Vitality stayed ahead as the two teams then stayed neck-and-neck until Vitality won the tenth round to go up 6-4 and swing the half in their favor, winning it 10-5.

The French team extended their lead after the second pistol round with a successful B hit, going up 13-5 ahead of the first gun round. A four-kill round by shox in a 2vs5 put his team on the verge of victory, which they then reached two rounds later, closing the map out 16-5 to continue through the cs_summit 6 Europe upper bracket.

iNolake
I'm a fucking idiot I was scrolling down, taking my time like a retard and I didn't know there had no comments yet :( Anyway Good showing for Vitality on Dust2 and Inferno!
2020-06-29 21:05
3 replies
#9

SebL
Vitality lacks chemistry, overall when I watch them play I feel like they are really bad. Heroic is really good. I think it will be pretty easy upper bracket semi-final for OG.
2020-06-29 23:41
7 replies
#27
EliGE |

AciIioN
there's no revenge here he trash talked a team mate mid game and stopped giving info to the end of the match in a major lol.
2020-07-01 04:14
Login or register to add your comment to the discussion. 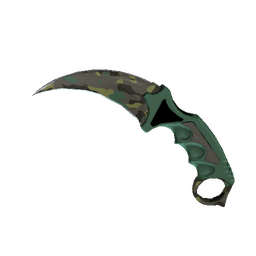