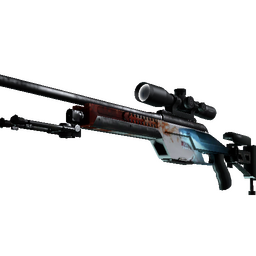 Flatron "⁠juanflatroo⁠" Halimi and Secret have parted ways, with the player joining the free-agent market after being released from his contract.

juanflatroo announced his departure from Secret in a Twitter post, citing internal conflicts as his motivation to leave the squad, although a source within the organization disputed the claim when contacted by HLTV.org, saying that it was the organisation that made the call to cut ties with the player.

juanflatroo's desparture comes a little over a month after Filip "⁠tudsoN⁠" Tudev departed the team, becoming the third player from the original m1x lineup signed by Secret in November to leave the organization after Rigon "⁠rigoN⁠" Gashi had been the first to step down, back in January. During his time on the roster, juanflatroo helped the team to qualify for LOOT.BET Season 6, in which they finished in 5-8th place. They also competed in BLAST Rising, ending in 9-12th place, and played several Home Sweet Home Cups, with their best run being a second place in the tournament series' fourth week.

Secret, who have recently played with stand-ins such as Karol "⁠rallen⁠" Rodowicz, Haakon "⁠Radifaction⁠" Tholo, Žygimantas "⁠nukkye⁠" Chmieliauskas and Danni "⁠smF⁠" Dyg, will now be on the market for one more player to add to their roster as they fight in the ESEA Advanced playoffs for a spot in the upcoming MDL season.

The international team are now down to the following three players: alienexe
its sad that, these jugoslav kids can't learn history and geography. they still are crying from 1999 when NATO cleared the Kosova from srpski qetniks. they will never accept that Kosova is a country well known as Republic of Kosova accepted by 100+ countries. therefore, HLTV-shtty doesn't recognize KOSOVA yet...
2020-07-01 23:58
4 replies
#140

MakeHLTVGreatAgain
Most overrated team that fell apart very quickly. Flatroo for sure is going to get a good offer, solid player.
2020-07-01 16:09
1 reply
#17
dupreeh |

Treogtredive
Jeez, relax sinnopsyy, i know it sucks getting kicked from Secret soon, but no need to be angry at me. Just because Juan joins a better team you dont have to be angry.
2020-07-01 17:43
4 replies
#149

Maltin
Im so chill, i just wanna say that juanflatroo playing for contact would be like isaa playing for an izrael team or woxic playing for a Greek team.
2020-07-02 20:08
1 reply
#152

Suno[t]
that OG line-up from ffa freemix was da bomb. There's that polish guy and then that guy from Switzerland. After they got signed up everything just went to shambles. Like tf went wrong, when u are signed up to big org ur suppose to stick together and achieve newer heights not break apart instantaneously.
2020-07-01 16:20
4 replies
#87
Luka |

verydenkmem
the problem was the swiss guy who had to focus on his studies. He left about a month after the team had become secret, then tudson left, now flatroo
2020-07-01 18:05
3 replies
#90

verydenkmem
I remembered reading somewhere that he did well in school, so I guess he left for a good reason. He can always come back to cs after he is done with high school
2020-07-01 18:08
1 reply
#126
juanflatroo |

LeDiplomate
Good move from him, the team was getting nowhere. But not cool from him to not at least play the Advanced playoffs with his team, and see what happens. They were favorites to make it to MDL imo.
2020-07-01 16:33
2 replies
#79

skorpan
Juan and rigoN was the key factors to their early succes. Everything became worse when rigoN left, slightly worse when tudsoN left and now it Will totally die when their best player leaving..... The 3 players mentioned above should team up and recruit sinnoppsy and a good igl or anarkez to become good again.
2020-07-01 17:13
2 replies
#80

LOSING_MONEY_IS_FUN
The balls in secret’s court. If they don’t pick up some solid talent this team isn’t getting anywhere. If they don’t want to get some solid players they really should just disband
2020-07-01 18:07
#96

paradox1caL
WOW, who could have ever thought that a team of FPL players with virtually no Big LAN experience, whose only notable achievement is reaching the finals of an online ECS qualifier by beating mouz and Tricked, would fail miserably and not reach a single large LAN? I am shocked, SHOCKED! Some of these players may be good individuals, but, realistically speaking, the chances of them becoming a consistent Top 15 were abysmal from the very start...
2020-07-01 22:31
#124
s1mple |

syrsoN
Player of the week
0.41