TYLOO, Invictus to make LAN return at CS:GO_ProHouse in August

Chinese teams are looking to be one of the first ones to return to LAN action since the coronavirus pandemic broke out, as the CS:GO_ProHouse Wuxi Villa Cup is set to take place on August 4-9.

Despite the Chinese General Administration of Sports announcing last week that the country will not stage any sports events for the rest of the year due to the coronavirus pandemic — which will likely postpone the $300,000 international CS:GO event FunSpark ULTI until 2021 —, smaller domestic tournaments are seemingly allowed to take place as TYLOO, Invictus, and Let's Quit have been invited to the ~$29,000 CS:GO_ProHouse Wuxi Villa Cup LAN tournament. The ~$29,000 LAN event will only feature teams from mainland China

The LAN event is hosted by Vision Esports, and will feature six teams comprised solely from players hailing from mainland China. Alongside the three invited teams, three closed qualifier squads will be in competition at the tournament which will take place in WuXi, China, in a "closed and separate villa". Since March, only two LAN events have been recorded on HLTV, the Doritos Open in Stockholm, Sweden, and 1XeSport Challenge in Bangkok, Thailand.

The process to decide the final three teams at the event will start with an open qualifier on 21-22 July, followed by a closed qualifier with eight teams on July 23-30. The final team list for the event, scheduled for August 4-9, is as follows:

CS:GO_ProHouse Wuxi Villa Cup will be played out using a six-team round-robin BO1 group stage, followed by a double-elimination BO3 playoffs with the four best squads. The ~$29,000 (200,000 RMB) prize pool will be distributed as follows:

KensonS
i miss the time when bntet played for tyloo, he made too many miracles! but the lineup at the moment have no communication issue. attacker said they are playing in a good atmosphere when he is streaming. looks not bad.
2020-07-19 11:33
1 reply
#142

sizhiyang
No, it does not disappear, but it's indeed under control. Our quaranteen is really strict in the high risk area, once found gather cases, the whole district or city will be locked down & making mass testing. And most importantly is the code tracing strategy, everyone got green code in your phone, once you are positive or contact corona cases(for example in a bus), your code will be red, and the code of people in or went to the high risk area will be yellow too, only guys with green code can make travel or go into public places. We really do not care much on privacy of tracking as US people, cuz we know it's important to find out corona cases or isolated them, then others will be in safe condition, i think it's the cultural difference.
2020-07-16 03:21
2 replies
#103

NorthRussian
Its more than single joke Belarus don't care about corona,so they can hold LAN event.Especially major,it will give mass tourism
2020-07-15 22:22
#32
JonY BoY |

POk3R_rEf0cus
Obviously they are the best because of the dead scene there are hardly 2-3teams who can compete at international level . Tyloo , vici these are the only two teams who has potential #bestasianCSteam Lmao
2020-07-15 21:42
3 replies
#81

TrashSportsREEEEEE
Glad to see the country responsible for infecting the whole fucking world now gets to sit back and enjoy shit like this while we all die. Thanks Pooh... (And yes I know Cheeto man screwed my country up too)
2020-07-15 16:50
1 reply
#118
ZywOo | 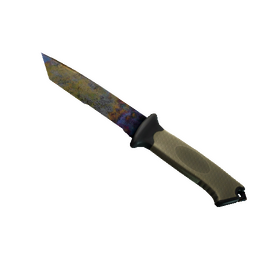