Movistar Riders have sidelined Christian "⁠loWel⁠" Garcia Antoran and put together an international roster with the addition of Sebastian "⁠larsen⁠" Larsen and Kristjan "⁠shokz⁠" Jakobson.

On July 28 Rajohn "⁠EasTor⁠" Linato announced he was moved to Movistar Riders’ bench, leaving a spot on the lineup unaccounted for. Initial reports by Dust2.dk pointing towards larsen being the player to take over the Big Green have now been confirmed as he will join the squad ahead of the FunSpark ULTI 2020 Europe Qualifier. The Danish AWPer, who taught youths Counter-Strike for a living before his move to Riders, was last seen playing for Sigma in several local tournaments. loWel is the second player affected by Movistar Riders’ restructuring

Movistar Riders have also announced that loWel is being moved to the bench. The 23-year-old Spaniard had been on the roster since last October, when he returned to the Madrid-based organization after spending half a year with HellRaisers. Since rejoining Riders, loWel was part of the team that attended DreamHack Open Sevilla and qualified for the ESL One Rio Europe Minor, going on to play the two first RMR tournaments, ESL One Road to Rio and cs_summit 6, which the Spanish squad ended in 11th and 12th place.

Substituting loWel in the starting five will be shokz, the Estonian 22-year-old rifler who was last plying his trade for SMASH, with whom he ended up reaching two Home Sweet Home Cup finals and more recently finished the first Eden Arena Malta Vibes Cup in 3-4th place.

Movistar Riders have announced the new roster within the context of it being the team that will compete at the FunSpark ULTI 2020 Europe Qualifier, where they will face Endpoint in their first Group A upper bracket match on Saturday, although the squad is expected to remain the same moving forward, HLTV.org has learned.

The two sidelined Spanish players remain contracted to Movistar Riders, but have been allowed to look for interested parties to enter negotiations with for their possible exits. DealerDeNinas
it just doesnt make any sense they were actually doing decent on these last online tournaments cant see how any of these players are better than lowel and eastor
2020-08-06 16:46
2 replies
#210

DealerDeNinas
well... we will need to see how it goes hope they manage to make that team work saw need someone competition in iberian scene lol
2020-08-06 16:53
#44

akproxx
Riders was mean to be the best spanish speak team They got good results even without mixwell Now they are just a tier 2 eu mix I dont give a fuck anymore gl to alex and steel they deserve better
2020-08-06 14:48
13 replies
#167
troller |

akproxx
Larsen and shokz are not any better than the players in s2v zerozone and wygers or some brazilian and latam players Also their commons will be worse This team will not get a higher pick imo
2020-08-06 14:57
4 replies
#172
troller |

x676
sure, check his stats or maybe even try to watch a single demo or just don't live in 2016 anymore, what about that? he is not bad but defo not the type of player they are looking for right now, just gathering the best players from a same country doesn't mean it has to work, he is way too passive for the agressive style they want to display
2020-08-06 13:16
4 replies
#140
troller |

GamerGuillem
Bro we know but I can't do nothing. They will lose a lot of fanbase because this movement but I have friends inside the org and the team, I will not keep supporting this guys because it's the best our country have...
2020-08-06 13:30
#187

Varcolaco
Is It true man? I dont think its bad to go internacional but idk why did they picked Larsen and Shockz instead of Smooya,OttoNd, Espiranto, etc
2020-08-06 14:32
4 replies
#147

ChiperoG
Yeah lowel was not the best as of recent either but I really do not get these new signings. I have seen larsen play in various Danish mixes and he does not look like something extraordinary at all. As of shokz I watched a lot of his matches in smah and while he was a decent player there are bound to be better free agents than him. Shokz may be a good role player for the team but they need a star awper and I can almost promise you that Larsen is not it.
2020-08-06 16:05
#52

kaeschdle
if this move was not initiated by loWel himself but by the org then its a super bad move. they looked pretty solid and kind of "on the rise" for a while now, just replacing eastor with another, spanish speaking awp wouldve probably be enough, but now switching to an international lineup.. i dont know man this team has lost their whole identity with that move
2020-08-06 13:20
7 replies
#97

Varcolaco
Only replaicing Eastor for national player can make them a solid top 30 team, but they want to become a regular Major team and the only solution is to go internacional, but i dont know why did they pick 2 unkown players instead of OttoNd,Espiranto,Smooya or another
2020-08-06 14:37
3 replies
#154
tabseN |

kaeschdle
-eastor +smooya wouldve been sick the others are still contracted, i can imagine movistar riders does not want to / cannot spend much money, but there are probably a boatload of free agents that are better than these two as well
2020-08-06 14:41
2 replies
#158
troller |

Camasa
I'm gonna still supporting Alex and Mopgod, but the main quality of this team was the spanish core, without that it is just another t3 team, I'll keep watching riders because the spanish guys, but isnt the same
2020-08-06 14:10
#102
refrezh |

rbr
This might be one of the stupidest moves of 2020. I understand that eastor had to go due to his bad performances but if they also wanted to bench lowel why don't u add 2 Spanish players like sausol or sunpayus/blastinho who are also Spanish and better than those nonamers
2020-08-06 14:04
#115

Megustalalechuga
Shokz is better than lowel and larsen probably better than eastor, but not good enough to change language imo
2020-08-06 16:08
1 reply
#234

SebL
loWel is pretty bad, It's a good decision from Movistar Riders to bench him. larsen is a nice young talent, it's a great signing. shokz is pretty good, I think it's a nice choice from them. I think Movistar Riders should also change mopoz, because he is really bad for me. As a replacement for him I would chose mar, he seems pretty good for me, I would give him a chance. I think with those changes Movistar Riders could be great, but even with mopoz I think they can be really good.
2020-08-06 14:08
10 replies
#126

Camasa
Mopoz is the second best player on the team after alex, wtf are u saying hahahah mar is a no namer, larsen is a no namer and shokz is close to be another no namer too, your comment doesnt make any sense
2020-08-06 14:17
7 replies
#137

SebL
mar is the player that has started his career not long ago, but he is on the top of Bulgarian scene, and he is defienietly not a no namer. larsen is not a no name by any meaning, he is experienced player that has played for orgs such as Reason for example. shokz started to show up on the Estonian scene 2 years ago, and he recently played for SMASH, he isn't a no name either.
2020-08-06 15:28
2 replies
#180

Camasa
shokz isnt bad at all, larsen has been playing against no names on little-know teams, i didnt say they are bad, they are just not well known players, btw i believe if they have been chosen, it must be for some reason haha
2020-08-06 15:44
1 reply
#200

sIowdive
you could sign two up and coming spaniards. or try to get luken and meyern and keep the spanish comms. or go international and sign two stablished, proven players. this is what they do
2020-08-06 14:11
#122

DrahLAN
Would prefer if they gave a chance to Sunpayus, ar4gorN, TheClaran or Sausol but instead they went the Mad Lions way. Sign an underwhelming player and switch up the comms.
2020-08-06 15:55
#192

x676
you and the latests comments here are the ones who are fucking stupid, the changes makes total sense, Eastor was 0,92 rating on last 6 months and loWel was extremly ultra passive, completly opposite to the agressive style the team have been trying to achieve from last season. Everybody with a little bit of sense who followed them religiously knew from time ago that this would end up happening. Shokz and larsen are a total upgrade, I feel like talking with a 5 y/o just by having to tell such an obvious thing, but no wonder if you (and the ones who were saying stupid crap like you above) don't even follow Movistar Riders.
2020-08-06 23:32
1 reply
#238
Xizt | 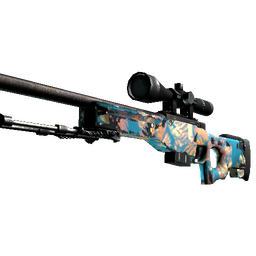