The former North player is set to join FaZe in time for ESL One Cologne, according to information from Cybersport.pl, which HLTV.org can confirm.

With his imminent signing to FaZe, Markus "⁠Kjaerbye⁠" Kjærbye will exit free agency after he left his long-time home, North, in July, having decided not to return to the Danish squad following a two-month break from the competition. The 22-year-old joins the Nikola "⁠NiKo⁠" Kovač-led squad in time for the start of the new season, which for FaZe will begin with their campaign at ESL One Cologne Europe, taking place from August 18-30.

The move will see Aurimas "⁠Bymas⁠" Pipiras leave the European roster after a little over a two-month stand-in/trial period since joining the team at the end of May as a replacement for Olof "⁠olofmeister⁠" Kajbjer, who had decided to take time off from the game. Kjaerbye is set to join FaZe

In the short amount of time, the Lithuanian player got to experience plenty of high-level competition as he played four tournaments with FaZe, who managed to compete for top placings with the youngster, securing third places at DreamHack Masters Spring and BLAST Premier Spring Finals.

However, their last appearance before the off-season at cs_summit 6 saw them eliminated early at the penultimate Regional Major Ranking tournament, with BIG dealing FaZe two tough losses to oust the European team in the group stage. Sir_Cumcised
I have a feeling this will be exactly what FaZe needs if Kjaerbye can find his form again. FaZe top1 incoming.... Sick firepower, lets see if NiKo can find a proper way to lead these players, which is still young but very experienced. My only doubt is broky on the AWP, not sure if he can compete with the best of the best.
2020-08-07 15:17
33 replies
#135
SPUNJ |

No_rice_no_life
Cold was willing to move to eu + he's a lso friend of niko. Another thing to put into consideration is most countries didnt let anyone from na to enter the country right now
2020-08-08 05:08
#319
kennyS |

XCCUR8
According to me the doubt is on niko as his igl strats had fall flat multiple times in various games, but addition of a veteran will always strengthen the team...lets hope for the best...#fazeup
2020-08-07 15:26
#145

aSupremeSloth
You realize he only looked that good because astralis reformatted the team to make him a star player right? Who's setting him up in faze?
2020-08-07 16:21
2 replies
#469
device |

I_bait_burgers
Wasn't he the entry fragger, his role collided will the dupreeh, astralis does not MAKE a star player, their.star player is device, always has been, he sets his team up while getting the frags, stop talking out of your asshole, stop hating him becuz of a mistake 2 years qgo
2020-08-08 02:08
1 reply
#477
gla1ve |

aSupremeSloth
I don't hate him, I'm happy he left as he was literally taking dupreehs role, leaving dupreeh to have a dip in performance accommodating kjaerbye
2020-08-08 03:35
#245

MetatronKbh
if you take russia, poland, romania, ukraine then it is people who are very aggressive and then they are also known to be very criminal, also in their government. It comes from their history of war and poverty in their countries, then they become very negative and jealous, and if you are like that you become a loser for life,....nothing happens in those countries ..even now..
2020-08-13 13:03
#15
dukefissura |

nymeros
I think cold is supporting and second calling this team besides his very proactive style, him and niko are the heads right now of FaZe; like it or not
2020-08-07 23:11
1 reply
#448

memyselfandI
Is it dying to this thing called cheating which is absolutely frigging everywhere. You have to be a dumb-wit to not understand that cheating is going through the roof in the pro scene atm, plenty to gain from cheating with little to no risk of getting caught. In the real world people risk way more for way less. But somehow, many people believe that CS.GO pro's have a morale standard way higher than the norm.
2020-08-07 21:35
2 replies
#457
speed4k |

MaHoTei
honestly 0 respect for this guy he said in the interview that the reason he left astralis is too create danish lineup and shit now he joins faze li9ek why the fuck did you leave astralis for then you Pepega?
2020-08-07 15:02
1 reply
#137

Daev0n
He left Astralis because the style of their play didn't suit him. Which probably isn't very fun since you're doing a lot of timing plays/flashes/grenades and you have to practice them to perfection. I admire his decision even though it wasn't the best one for his career, it was the best decision for himself as a person.
2020-08-07 15:28
#46
gla1ve |

CRMN1
Because they don't wanna blind bet on upcoming players who haven't proved much in the top scene before. They went for broky and it worked out, but bymas was a gamble and it didn't, so they're probably afraid it happens again.
2020-08-07 16:53
1 reply
#291

heatherswanson
but grux is the next big thing in sweden and was way better than his former teammates. you cant compare him to bymas who basically just played fpl but in my opinion envy should actually try to get grux and mhl
2020-08-07 16:57
#92

transformer
Lekro could have been a great addition he IGL's and frags, too. Niko, could have again gone back to being a main fragger in the team. This decisions by faze sometimes bamboozle everyone
2020-08-07 15:10
4 replies
#298

memyselfandI
Fallen, BlameF, Gla1ve... But they are out of reach, even with a Faze deep wallet. Maybe Fallen, but the danes are waaaaayy too expensive.
2020-08-08 01:00
#338
TheEntireNationOfKenya |

LeDiplomate
Yo le noob, You realize saying sh1ro is litteral negative iq? (he's an awper, the only sector Faze needs no fix in, and he doesn't speak English) Fame? Really? A kid who doesn't speak English and has had 3 impressive matches in an online cup with no top 30 teams? Again 0 iq. Ax1le would be a decent replacement, but I doubt he has good enough English. Furthermore he has never played at a tier 1 lan, so maybe his stats are impressive but gotta wait and see what he's really worth.
2020-08-07 16:34
#156

nymeros
He says that in every fucking interview ffs. I assume ALEX was too expensive and unworthy for them (a mistake imo) and Lekr0 being only a pseudo-IGL left them without options again.
2020-08-07 23:39
#209
Thorin |

lukerey
can't wait to see how this new faze perform. there's not much good option out there other than kjaerbye. maybe ALEX? but i don't think ALEX's attitude will get along with either cold or NiKo. Lekr0? still unproven IGL. he was just forced to take IGL's role back at his days on NiP. Kjaerbye is fine. FaZe get into top 6 with standin, they can do a lot now with kjaerbye. #FaZeUP
2020-08-07 16:18
#225

LeDiplomate
Yo le noob, Clearly not, he was only picked up on a trial basis and it was basically free experience for him. He got used to playing against tier 1 teams and that can only benefit him for the future. Remember he's only 16, he still has so much time to develop. He should go to a tier 2/3 team (contact or Riders for instance) as a star player to show he can be that role, and hopefully in a few years he gets picked up on a full contract by a tier 1 team.
2020-08-07 16:42
2 replies
#293

cLutcheR7
weird move but have to get a free agent FaZe is broke and no good IGL is also available at the moment. also this FaZe might be better than with Bymas if kjaerybye gets his form or if rain stays consistent
2020-08-07 17:17
#326

SebL
Bymas is really bad, it's a good decision to remove him. Kjaerbye is nothing special anymore, but he is ok, and for FaZe it should be enough. I would also change rain and coldzera, and add k0nfig and blameF, whou would take away leading from NiKo. I think that's the best option for FaZe.
2020-08-07 19:23
2 replies
#392

memyselfandI
Niko is so damn stubborn. Amazing player, mediocre IGL. Accept that and work from that point of view, and get a proper IGL. blameF is excellent choice, but even Faze can't afford him these days, but has to hope for complexity to disband itself more or less.
2020-08-07 19:46
#397

na_propagandist
This seems like an awful move to me. You've got Lekro, Alex and Nitro out there you could have picked up. Instead you pick up a 1.00 rating has been with absolutely no ability to lead the team. Faze has been a joke for two years now.
2020-08-07 20:22
2 replies
#420

vutalisk
Kjaerbye is certainly better and more experienced than Bymas. So at least this is an upgrade in fire department. Still NiKo IGLing. Not sure this is gonna produce any good results. Will see.
2020-08-07 21:26
#426

Rock3tt
When (if) faze will become a major title worth team kjaerby is gonna leave for some shit like og just like he did in the past with astralis :D now fr i don't think this is going to be better than it was with bymas , but time will tell. Remeber that with bymas they were doing better than with olof...
2020-08-08 01:15
#462

aceofDiamond
There are still a lot of better players than Kjaerbye. Like his playstyle but still not fit for the FaZe roster. He ain't loyal.
2020-08-08 01:31
#468
TheEntireNationOfKenya |

MetalFace
For the absolute love of god let Kjaerbye entry frag. I love Rain but he's been fucking awful for 3 years now srs, 2017 last 5 months the guy was a literal beast, the best player in the world at that time and after that just a decline worse than even Coldzera has had. Put this guy on entry and this team actually has a t side now, which in long term will give them a better chance of actually winning matches. Obvious next choice is to cut Rain or Broky for an IGL, if they chose to keep NiKo as the IGL long term they can continue to enjoy lack of results no matter what lineup they put together, the guy isn't a leader he's a static low sens baiting rifler holding corners harder than Device does.
2020-08-08 04:19
4 replies
#489

MuggzZ
cut rain ? how do you cut rain from a team ? he is the beast ! the hell are you thinking boy ? do you know who rain is ? absolutely everyone is scared of rain and his incredible skill ! Do you know that when someone is 1v1 vs rain that man is praying the gods not to get one-tapped by the King of AK / Deagle / USP / P250. Rain will destroy the most famous pros in 1v1 without even breaking a sweat
2020-08-08 06:42
1 reply
#506

MuggzZ
in addition to that do you know that rain is known as one of the best or maybe even THE best pistol player in the world ? with the old economy the pistol round was very important and it still is nowadays so What is Better then having the best pistol player annihilating 3-4 enemies every pistol round like its nothing
2020-08-08 07:37
1 reply
#522
device |

aLight
Could be big. Agree with the IGL stuff, but seriously, "disband already" and "get a real igl" are just lazy thoughts. You obv haven't considered the fact THAT NO IGL IS AVAILABLE. Unless FaZe want to drop to get an IGL from Tier 3, there is no Tier 1 IGL readily replacable. nitr0 is a good thought, but I doubt he wants to move to EU.
2020-08-09 05:17
1 reply
#546
Stewie2K |

aLight
Bruh I literally just said THEY DONT HAVE A READILY AVAILABLE IGL. GET REAL.
2020-08-12 01:48
Login or register to add your comment to the discussion. 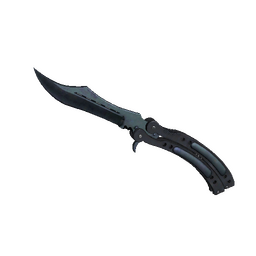