DreamHack Open Summer has kicked off in Europe with BIG surviving a tough opening encounter with Endpoint and Heroic shutting down MAD Lions in their debut with the new lineup.

After returning from their well-deserved break, current No.1 team in the world, BIG, looked rather shaky early on in their first match of the season against Endpoint, who had gotten the chance to warm up ahead if their campaign at DreamHack Open Summer.

The British side were on the verge of causing a huge upset when they secured a close Vertigo opener against the Germans and looked on course to a late comeback on Dust2, but despite their efforts Endpoint faltered in overtime of the second map before getting decimated on Mirage at the hands of a red-hot Ismailcan "⁠XANTARES⁠" Dörtkardeş. XANTARES turned up in dominant form on the deciding Mirage

In the other Group A opening match, MAD Lions hoped to get off to a good start with their surprising new addition, Paweł "⁠innocent⁠" Mocek, in their first match in a month and a half. However, their Danish derby with Heroic quickly got out of their hands, as Casper "⁠cadiaN⁠" Møller led his team to straightforward wins on Mirage and Inferno with an immaculate, 1.61-rated performance.

The North American part of DreamHack Open Summer will now follow with Liquid's debut with Michael "⁠Grim⁠" Wince against the Will "⁠dazzLe⁠" Loafman-infused Ze Pug Godz. The European tournament will continue on Sunday with Group B's opening series between Complexity and forZe (13:00 ) as well as OG and Spirit (16:00 ). Cucumber))
Yeah i'll honestly give them still a lot of time i'm happy for innocent that he got in an actual team but i really don't understand why they would change their language when Denmark has so much talent.
2020-08-09 09:49
2 replies
#32

SebL
It was a close match, but still BIG looked great. I'm surprised by Endpoint's weak performance lately, I think their roster on paper atleast looks really good. I'm surprised that Heroic managed to win this match so easily, I didn't expect that. I know it's only MAD Lions's first match with new roster, but honestly even on paper their roster looks tragic rn., I think they should rebuild around acoR and innocent.
2020-08-08 20:56
#26

NiKozerain_BGods
I am delusional indeed, and yes I know that but HLTV usually posts stats along with the news, but since you are a newfag I guess you wouldnt know
2020-08-09 10:43
#33 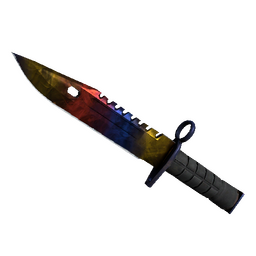