The two international teams are on a collision course after beating forZe and Spirit in the opening round of Group B.

After the successes of BIG and Heroic in the other group on Saturday, the second day of DreamHack Open Summer saw focus shift over to Group B as the two international teams created late last year faced CIS-based opposition in the opening round.

Having returned from the break early, Complexity looked in good shape as they took on an opponent that had proven tough for them in the past in forZe, who had had the chance to warm up to the new season against lower-tier competition in the sixth Eden Arena: Malta Vibes cup over the previous few days. Great offensive halves on Overpass and Nuke and a consistent showing from Owen "⁠oBo⁠" Schlatter gave the Benjamin "⁠blameF⁠" Bremer-led side their first victory against the Russian squad despite an overtime loss on their own pick, Mirage, where a trio of fantastic clutches from Bogdan "⁠xsepower⁠" Chernikov made the difference.

OG also managed to step into the new season without stumbling in their first match in over a month. Dominant runs on the CT sides of Dust2 and Nuke, with everyone pulling their weight, earned the European mixture the win in another three-mapper against Spirit.

While the two European mixtures are set to clash in the upper final for a spot in the playoffs, in the lower bracket an almost all-Russian derby between long-time rivals will take place as forZe and Spirit will lock horns for survival in the tournament.

viikeri
I haven't had any friends for 10 years. After going so long without regular socialization, were you able to make friends? How? I feel like I wear normal clothes, if not super fashionable. I'm groomed and wear some makeup. Ive been called a good person, etc by many different people. I want to think it's not me, but I'm the only common factor. I have a very small family and they don't talk to me much either, generally don't seem to want anything to do with me. I guess it would just be cool to know I'm not the only one who has been so alone for so long.
2020-08-09 21:04
3 replies
#33

viikeri
My husband and I just found out that I'm pregnant and I'm not sure if I should/want to keep it. We initially wanted to get pregnant this year but some time at the end of last year I had a mental breakdown and we both decided that it was not a good time to start a family. I have been in therapy for a couple of months, we also go for couples counselling. We both fear having children right now will cause our relationship to breakdown and I might not be emotionally ready to take on a child. Also... I didn't know I was pregnant and had 2 glasses of red wine over the course of 2 days. If I do choose to have the baby will the alcohol cause problems? I don't know what to do. Any advice for me would be great. I'm just freaking out and my husband is trying to let me have some space to wrap my head around anything. He would love to have children - but he prioritised my mental health and our relationship over children. So he's happy to wait until we are ready - or if we are never ready he's also okay with never having kids.
2020-08-10 11:58
#13 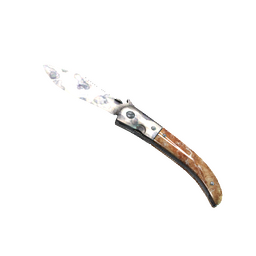