es3tag, Bubzkji to debut for Astralis in ESL One Cologne

The Danish outfit's latest recruits will make their first appearance for the team on Tuesday against fnatic.

Astralis have confirmed their starting lineup for their next tournament, ESL One Cologne's European division. Patrick "⁠es3tag⁠" Hansen and Lucas "⁠Bubzkji⁠" Andersen will be making their debut for the Danish giants, who will be led by Emil "⁠Magisk⁠" Reif in the $325,000 online tournament.

es3tag joined Astralis on a free transfer on July 1 following the expiry of his contract with Heroic. ESL One Cologne will be his first tournament since March after he spent the final months of his Heroic contract on the bench. Bubzkji was signed later that month for an undisclosed fee from MAD Lions, who had moved the player to the bench before the break. es3tag will play his first official match in five months

The announcement of Astralis' starting lineup comes as little surprise after Lukas "⁠gla1ve⁠" Rossander announced that he would be sitting out the tournament, which will run from August 18-30. He and Andreas "⁠Xyp9x⁠" Højsleth have been out on medical leave after complaining of burnout symptoms, with the Danish in-game leader understood to be ahead of his teammate in the recovery process.

Astralis will take on fnatic in their first match in ESL One Cologne's Group B, scheduled for Tuesday at 18:30 . The double-elimination group also includes Vitality, Heretics, FaZe, Heroic, G2 and MIBR.

The Danish team will compete in the ESL tournament with: hawrU
Esl one road to rio wasnt a qualifier It was an esl one event Just like cs-summit6 and the upcoming iem newyork they are not just qualifiers
2020-08-13 12:16
7 replies
#69
YEKINDAR |

darksemmel
wanted to delete my comment because its useless. But okay. Yes they did. I don't care what you want it to be but it was officially classed as a ESL One event, so whatever you want to believe does not really matter.
2020-08-13 13:45
#31
YEKINDAR |

Nate2Aid
Wuuuut so jugi and snappi wasnt a lineup you could cheer for? XD Im excited to see es3tag been waiting since heard he was gonna join for this now just few days away
2020-08-13 12:34
5 replies
#86

dupreeh_deserves_no1
Tbh nope it wasn't. I had some expectations but both of those guys are not even close to being good replacements from gla1ve and xyp9x. And tbh, neither are Bubz or Es3tag if you think about it but they are much better than Jugi and Snappi
2020-08-13 13:22
1 reply
#107
device |

Electronic_best_rifler
and US uses the wrong metric system And electronic is skilled enough and has already proved what he has been doing for 2 years mens))
2020-08-13 12:43
4 replies
#103
Twistzz |

na_propagandist
Liquid era INC But seriously either Xypnyx or Glaive or both is never playing for this team again. Bubzki signing the writing on the wall on that one.
2020-08-13 16:38
#129
Dosia | 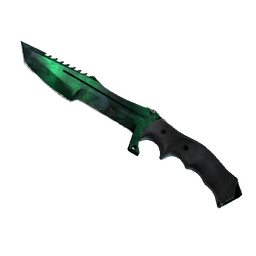