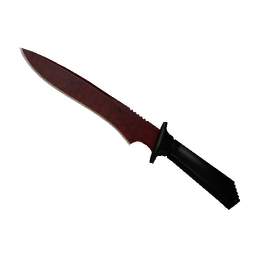 compLexity Gaming have announced they have added Thomas "thoMz" Garcia from Turmoil.

compLexity were one of the sides on show at the American WCG qualifier two weeks ago, where they failed to nail one of the two spots in Chengdu as they placed fourth in the competition.

The American team have now announced the addition of Thomas "thoMz" Garcia, who is no stranger to the team, having played with them during their time at x3o.

Garcia will be filling in for Scott "evolution" Cavallero, who has been released from compLexity after less than four months on the team.

"We don't want Evolution to be viewed as a scapegoat for us not doing well at WCG USA as that was a flaw of the entire team, not one player (not to mention Evolution has played extremely well for us during his time with coL)," Andrew 'Irukandji' Timmerman told SK-Gaming.com.

"From playing with thoMz in the past and watching his impact for Turmoil at the last few LANs, we have a lot of confidence that this addition will strengthen our team in many areas."

prdOx
I don't really follow USA's scene so much in detail but if fodder says it's a great pick up than one can only agree. Good luck compLexity, bring back those old exciting moments but with a new exciting lineup :)))
2009-10-06 02:52
15 replies
#10

mah9
its not that he cheated, its that he is a compulsive liar that creates scenarios in his head that have never actually/will ever exist. i would view his opinions with scrutiny and not believe everything he says. if he says things with details and your wondering how he got them, its because he made them up.
2009-10-06 09:54
8 replies
#41

the-laff
in my eyes, it seems he is coming with more contstructive things to say on this website then many others. even though som of you haters thinks he is lying.....if you got a problem with him take it on PM
2009-10-06 14:53
6 replies
#47

uNrest
asking fodder about anything is a joke in itself. Unless of course you enjoy consuming lies. Ask fodder about his record in N.A. cs. Kid's a joke he's never been on any semi recognizable team. Besides the ones he lies about being on. He really know's nothing about esports or competitive cs, he just tries desperately hard to gain attention.
2009-10-08 22:30
#56

j0nes_fuuck
evo > thoMz why not pick up someone way better than thoMz? impulsive/gfn/savi0r/ben/mehLer/and more > thoMz evo has hit some of the more nasty awp shots i've seen in awhile..scott is still my fav american player. now hero will start awping again for them.
2009-10-06 20:23
1 reply
#64

Jpas97
Actually, I was standing behind evo @ WCG NY and he was missing such easy shots. You cannot play on a top tier team and play so terribly. thoMz on the other hand at the same event was on fire. Watch some demos before making uneducated comments. Thank you.
2009-10-06 06:28
#23

horuz1
haha in the groupstage at least evolution was carrying coL in his back. pretty bad that they realesed him. I think that evolution is on of the top3 best american players. Gl coL btw they might get back that amazing teamplay that they add in x3o that make them join col beacuse of their results. Who knows
2009-10-06 07:21
#26

horuz1
evolution i hope that you replace warden or storm at eg team it woulded be great. Thout only because EG are playing only with 3 players since they call they ex coL team to play with n0thing x)
2009-10-06 07:23
2 replies
#30

tonka
well evolution is defiantly top 10 in usa. but imo hero needed to go back to being the awper. hes more comfortable awping from watchin him past few weeks. just wish gfn on turmoil would take a shot with evolution even though hes east coast and they are west. it will be a waste if hes not on a top 3 team. plus turmoil needs a awper.
2009-10-06 08:11
#31

proak
they did bad at wcg, and they remove evolution? LOLOLOLOLOL please don't joke with our faces...evolution and hero are, by far, the best players in coL...I don't even want to hear to other people's opinions, this was a very bad move, and that's all
2009-10-06 15:32
#43

FODDER
I'm tired of hearing moronic people complain. Lets see any critics here successfully manage anything, much less a top team from their country. coL obviously felt it was necessary to remove evolution, and all in honesty I do not believe evolution should have ever been a part of coL from the start. But coL obviously saw it was a mistake and removed him. Good luck to evolution in the future but seriously, be happy for thoMz. He will finally have his chance to shine under the coL name. If he screws things up like evolution then expect him to get cut like evolution. But for now suck it up and be happy for the guy.
2009-10-06 16:14
#48

xenocide
Both players are great, the problem I see is that Evo brought a skill set that coL already had. He is a top tier AWPer, which they already had in Hero, so they needed a more well rounded player when it came to other rifles, which thoMz is great for. Best of luck to Evo and the new[er] coL lineup ^_^
2009-10-06 17:07
#51

_loki
i tought evolution was one of the strong points of the team i guess the other members didn thing he was good match for them, well i thing this is a mistake hope we see more of him in the future..
2009-10-06 17:55
#57

tonka
that was also in the summer when they all lived together and played n played. now 2 are in school and im sure they dont play as much. evolution made up for it a lil with his talent. we'll see tho good luck.... thomz for dboorn wulda been my choice since dboorn is school first.
2009-10-06 23:18
#62

miniL
fodder how did evolution "screw up"? I hear he's not the easiest guy to be in a team with but his skills are undoubted, although @ wcg he dissapointed a bit. everybody has a bad day but I agree gl thomz nice move for him :) hope to see coL become a real competition for EG again
2009-10-08 19:43
#67