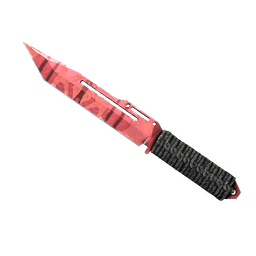 mousesports have officially confirmed that Aurimas "⁠Bymas⁠" Pipiras will take Özgür "⁠woxic⁠" Eker's place on the roster as a result of the team's recent poor results amid online play.

The Turkish star leaves mousesports' active roster in the wake of the team's horrid showing at ESL One Cologne, where the European side were eliminated in last place after a three-map loss to Natus Vincere and a blowout at the hands of MAD Lions while woxic turned up in poor form in the latter match.

The early exit at the first tournament after the player break followed a string of abysmal results from before the off-season, which saw mousesports fail to make it past the opening stages in four consecutive outings, including the first two Regional Major Ranking events, ESL One: Road to Rio and cs_summit 6. woxic takes a back seat in mousesports

It's unclear what the future holds for woxic, who had been part of the German organization's starting roster ever since it underwent a big overhaul in early 2019 with the signings of the 21-year-old AWPer, Finn "⁠karrigan⁠" Andersen, and David "⁠frozen⁠" Čerňanský.

His spot in mousesports' lineup will be taken by Bymas after the Lithuanian was revealed as the team's sixth "developmental" player at the beginning of the new season. Meanwhile, Chris "⁠chrisJ⁠" de Jong should transition back into his former role of the primary AWPer.

The new constellation will have less than a week to prepare for their official debut, which will take place in ESL Pro League Season 12 Europe, set to start with the group stage on September 1.

With woxic placed on the bench, mousesports' lineup looks as follows: ENCE_IS_HAVING_MY_FLAIR
Woxic benched himself, he wants to join another team, bymas is a good replacement since woxic is leaving. Probably got some great offers.
2020-08-27 21:40
14 replies
#79

VojenZ
Bad attitude: Properly toxic and/or stopped taking pratice serious and/or was negative and was demotivating the rest of the team with his negativity
2020-08-28 08:37
3 replies
#281
Xyp9x |

NotAleksib_HairdresserV2
The explanation for benching him was woxics bad attitude. Bad attitude doesnt mean he was toxic. Doesnt matter if you like it or not, thats the truth.
2020-08-28 12:09
1 reply
#311
Xyp9x |

drizit
Bro I know it's the truth and have no special feelings on woxic. I just wonder if he wasn't trying hard anymore and lost his motivation. If he was happy or not. Did he requested that after discussions or was it directly taken by mouz management thinking woxic is not good enough. Things like that I'm looking for.
2020-08-28 13:48
#84

Svahn
Don't know if they have literally been last everytime but I still think out of sheer principle that you shouldn't roster shuffle during online era. Maybe there are things we don't know, perhaps Woxic was done and out
2020-08-27 22:25
2 replies
#177
dexter |

swag_1_ban_JW_0_ban
Online canditions are the same for every team (Except ping wise and so on) so having online as an excuse is weird. Yes, online is a different environment, but being bad while playing online for couple of months while everyone else has to go through the same route isnt an excuse. Also it was explained in the last HLTV post about woxic being benched that it was his attitude that was the problem.
2020-08-27 23:31
#187
trace |

whosetUup
Well, you can be an amazing online player (cheats kekw) and suck at LAN due to being on a stage. But the difference the otherway around shouldn’t be so magnificent. But if you look at mouz achievements they had alot going for em’. It was bound to happen. Just like BIG and EGs run. They relied solely on player performance. That’s why Astralis is the most consistent team. They rely on something else than device going ham.
2020-08-27 23:47
#154

WaSTe_D
How much time are you planning to wait?? LANs are clearly not coming anytime soon, things are like this now and will be for the rest of the year most likely. Tournaments are still going and teams are still participating. Plus, i don't know if an organization like mousesports is benefitting from bombing out last these tournaments almost everytime, they need a change and that change is -woxic.
2020-08-27 22:31
2 replies
#156

Faifainei
Scrimmages are more often than not online. I think they have a pretty good idea where they are at in their form compared to what it was before covid.
2020-08-28 06:13
#288

TheGoddamnHero
I agree. But when lan starts mouz definately gonna feel the absence of woxic. Woxic should go na, his mentality kind of fits them better
2020-08-27 22:52
2 replies
#217

StickyRice
Karrigan teams always work well at the beginning and always slump at some point. It's not necessarly because of him right now that Mouz is in a rough situation but the question has to be asked.
2020-08-27 21:51
2 replies
#116
blameF |

_l1festyle
They were literally trash for several months when they first got Karrigan your argument is based on what idiots post in the forums.
2020-08-27 22:04
#326

TERMINATOR1g
lol you're just going by what most people say on this website. mouz was doing amazing before corona and karrigan has been with mouz for a while now
2020-08-29 02:22
#194

Gonginator
I hope bymas gets a chance to prove himself and I hope that woxic will come back stronger, whether he gets moved back to the starting lineup for mousesports or finds a new team.
2020-08-27 21:34
1 reply
#227
XANTARES |

RPGWiZaRD
-NBK +woxic would be interesting, not like it would happen tho :P But it would be the team where he could probably offer the biggest benefit to a lineup.
2020-08-27 21:37
5 replies
#55

Noocklas
Ofiicial: mousesports deranked to tier3 team, as ChrisJ is not able to perform. Mousesports much expect much from the young talent since woxic was the one carrying the team
2020-08-27 21:50
#96

rationale
Has it occurred to them that karrigan⁠'s strats, "Go kill" has stopped working years ago? Also teamwork has been absolutely horrible recently and replacing woxic will not fix it - if anything it'll exacerbate the issue considering that woxic has been on international rosters since forever and his comm skills are much better than bymas'es. In short this switcheroo is asinine.
2020-08-27 22:02
#117
Xyp9x |

0fficialCoxy
He must have benched himself, otherwise this makes no sense. CrisJ sucks, Karrigan sucks, Frozen sucks (atm). This leaves Mousesports in an unclimbable place.
2020-08-27 22:05
#118

Berhava!
he is the ambitious one in the team he is playing with 60 ping and second best in the team while other players ( except ropz ) under 1 or even 0.9 with under 40 ping lol ofc he will talk shit to them about not putting effort Karrigan same tactics over and over why would any player want it
2020-08-27 22:28
1 reply
#231

Rokiz
dude you're like so young or so dumb. Bymas had 1 month of t1 cs you wanted him to destroy wtf he went from fpl to t1 just understand that and he was in faze with olof's positions with where just supportive positions which just means bad stats.
2020-08-27 23:57
7 replies
#197
REZ |

Brian_Furious
so basically from that statement chrisJ was supposed to be replaced but due to woxic's behaviour, he was removed xd
2020-08-28 00:55
#208

JURITO1000
interesting,to be honest it can help them because karrigan know how to work with young player,we can see how ropz shine and if he find for him a good role then they has 3 great rifle players and it can help to chrisj aswell because he wasnt good recently and this awp role can rise him back
2020-08-28 01:34
#220

MrPussyDestroyer
this is so dumb. Literally replacing one of the best fast paced awpers in the game with a dude whose name sounds like an internal organ.
2020-08-28 03:58
#235

XDrive19
LMAO they are still keeping 0.81 silver Karrigan? Woxic was their second best player, Karrigan is fucking iron, ChrisJ is horrible and Frozen is out of form completly, what a retarded roster move, they were already tier 3, now they are worse than MIBR which means they are tier 10.
2020-08-28 09:40
#277
Aleksib |

weedko222
Might be good actually I mean I dont understand how is chrisJ still in the lineup but in Faze Bymas didnt have real IGL so with karrigan things can work
2020-08-28 10:17
#286

Its_okay_to_be_Gade
cos w0xic t0xic and not so impactful. It should have been either - chris de bong or t0xic cos both awpers and ruin each other performance. Mouz already have ropz as a star player and frozen looks like a promising developing player, they dont need another "star"
2020-08-28 13:12
#305
karrigan |

Its_okay_to_be_Gade
chrisJ is a more consistent awper than overextend16kDPIflickshooterxic + bymas should be more humble than starplayer wannabe whome he substitute. Now primary star is ropz and frozen as upcoming one. Good change in general imo, though BaBymas isn't a best option
2020-08-28 13:09
#309

HATE30
woxic is a problem since the begining of times... People don't understand but he is super inconsistent.. even before Corona, he could Drop ez 40kills or 5 kills... and for me that is not being a good player... or an awesome primary awper.. he accomplish great plays, and has very nice aim, and he is fast. But for tier 1 teams.. that is not enough.. Oskar for me was a better awper than he is, and mousesports reach tier #2 cause woxic was lucky enough to be in YES day.. Its hard to win games if your AWPer is not performing, its a vital role! Look at top 10 teams awpers.. and you will understand what I am saying.
2020-08-28 13:27
#310

Nowne
I am glad that Bymas got chance to play, sad that this chance came in this way, cuz I think woxic performing better then some other team members... Anyway he was benched for attitude... I think to take player from team for such thing is valid only if it derectly has impact in teams results...but what if other team members wont improve there performance and it will be same? They gonna blame Bymas? :)
2020-08-28 13:43
#313
NiKo |

nicemilitant
its so funny to kick the player who saved your ass on Lan events many times. these are just online games. in my opinion mousesports is being managed by low iq managers with big ego.
2020-08-29 11:02
2 replies
#330

hltv_best_aimer
and they kicked him for a random fpl pugger. this guy has the luckiest career of all. niko boosted him so hard with the random pick up. right now he could be playing tier 5 cs and dont do much better.
2020-08-29 11:06
1 reply
#331