Henry "⁠HenryG⁠" Greer has retired from the role of broadcast talent as he is about to take on a new ambitious challenge, the Brit has announced.

The 32-year-old leaves a highly successful career as a commentator behind after realizing the job he had occupied for the last six years was no longer making him happy, as he grew tired of the relentless work schedule and of the lack of evolvement of tournament broadcasts.

In the announcement made through an in-depth interview with DBLTAP, HenryG admitted that the sexual assault accusations made against him in June, which he maintains are false, played a huge part in the decision to step away from the microphone sooner than he had originally planned. Speaking about his future, the Brit teased that his next move will be "a colossal one for the CS:GO community" as he prepares to take on a new challenge, about which he will officially reveal more details on Monday, September 7 at 20:00 .

HenryG took up commentating in the latter half of 2014, when he made his first big appearance as a member of the Gfinity G3 tournament's on-air talent lineup. Over the course of 2015, he teamed up with Matthew "⁠Sadokist⁠" Trivett and worked at his first two Majors, ESL One Cologne and DreamHack Open Cluj-Napoca, and the pairing soon went on to gain mass popularity.

According to Liquipedia, by mid-2020 HenryG has worked at over 150 tournaments, which includes the last ten Majors and a plethora of other big prestigious arena events such as ESL One Colognes in 2017 to 2019. His last as a commentator was the Gamers Without Borders charity event at the end of May.

p_nilly
I thought he was more interested in desk work rather than commentary now. I've seen him hosting some of THE RACE's streams when they were doing online races.
2020-09-04 20:25
#271
overDose |

sineP|the|Shifu
Its henryG's alt. He knew it was going to be announced so he has prepared that message before it was released and just copy pasta
2020-09-04 20:28
4 replies
#236
pashaBiceps |

c0nsc10us
Frankie is not a caster. She knows nothing and cannot be considered an analyst either. She's a host. Trying to compare henryg with her is an insuly to henryg. They don't even belong on the same field. However henryg is definitely overrated.
2020-09-05 03:08
2 replies
#387

srini_titus
Good hex retired, I never liked his commentary. He spoke in one stretch, continously, not pleasant at all. All d best for your future. The good com... are samler,Anders, moses,Alex, stunner. Kick hugo too xd.
2020-09-05 20:47
#18

Retardino
+1 man i dunno how we went from anders semmler sadokist henry to this crap nowadays. the only casting duo i enjoy nowadays is spunj machine duo
2020-09-04 21:43
2 replies
#358

jaeger_steam
terrible work environment. if you read the interview, henry basically said most of the tournament organizers are pieces of shit with how they treat the talent. that on top of the insane schedules and constant pressure of being in front of the camera live for the majority of the year is a very difficult lifestyle to maintain.
2020-09-06 01:13
#62
pashaBiceps |

Daudy
To be honest listening to spunj, machine, pansy trio wasnt painfull, pansy and machine had their fair ammount of casters talking too much nonsense but with spunj in the mix it was relly enjoyable.
2020-09-04 19:51
7 replies
#300
misutaaa |

Daudy
exactly , i didnt like spunj that much when its was him and machine because they went off the topic way too much but with this setup listening to him was very nice (for me atleast).
2020-09-04 22:15
#369
tabseN |

Retardino
he wasnt fake he was by far the realest caster. he called rounds done and over before it happened cause everyone knew the round was over . he didnt fake hype a stuff cause we all knew the chances of it happening is minuscule and i liked that about him
2020-09-05 02:58
2 replies
#376
tabseN |

Retardino
i understand if you hate him preferences exist but him spunJ and machine in road to rio was by far the best casting combination ive heard in a long time. It was a day and night contrast from Harry and Hugo
2020-09-05 03:11
#367
tabseN |

Enticles!
going on the last question and its answer, sounds like HenryG is starting an org of his own. Would love to see him try and develop the UK CS scene, we need more Brits playing at the top tier!
2020-09-04 19:34
4 replies
#131
TheEntireNationOfKenya |

Ectasian
at one hand yes, but on the other hand, do you really think he's got a fufilled life if hes on the road for 3/4 of the year, often not home for months? just take a look at offshore oil platform workers or western people flying into the middle east to build shit, you do that for a certain amount of time in your life but after some years you just cant anymore also, inb4 he becomes shareholder in asstralis /dignitas or some stupid boring shit, muh big announcment, idc. Never really liked him in the first place as a caster / public person anyway, great to see the scene is falling apart now with the coaching bug, matchfixing and all that shit. shame valorant, trash game as it is, will take spot of the most glorious fps ever made (besides quake 3 arena obviously)
2020-09-04 19:40
3 replies
#213

Ectasian
couldnt come up with a better analogy tbh xd but you get the point im trying to say. I've worked for months at construction sites in countries i couldnt even read the language in, it gets to your head after a certain amount of time, natural.
2020-09-05 00:17
#124
frozen |

Retardino
+1 ive heard tier 2 tournaments with better casters than henry hugo i only watch the games casted by SpunJ and machine live and just watch the highlights of harry hugo games they're unbearable af
2020-09-04 21:47
#306
REZ |

simple_0_major
He was my favorite caster :( Moses was great as well RIP csgo casting. But I guess fake sexual assasult allegations together with an insane, never ending schedule gets one eventually
2020-09-04 20:17
#220

Retardino
she lied to get attention but thankfully henryG kept the screenshots of all their convos and basically wrote a reply that basically destroyed that thot soo much she deleted all the tweets in which she accused him and made his twitter private. Sad to see Henry go this way
2020-09-04 21:38
1 reply
#435

rightnow
Something colossol for CSGO cant be just being a coach. Cant be starting a new team either. It doesnt really meet up to that. More like teaming up with Valve to be something.
2020-09-04 21:08
#274
Brehze |

LeviathaNz
So now we know that TO are rats together with some other casters, what a week to be alive and to be following the CSGO scene. What's next ? "15 pro are being investigated because of suspicious logs recorded by our anticheat". "Anders played as gla1ve against NiP" "s1mple was sent to jail because he killed his teammates" "Astralis admit hearing the opposing team comms at the last major" GL Henry you're a great man and caster... and you will be missed for sure!
2020-09-04 21:21
#279

throwaway2k17
"In the announcement made through an in-depth interview with DBLTAP, HenryG admitted that the sexual assault accusations made against him in June, which he maintains are false, played a huge part in the decision to step away from the microphone sooner than he had originally planned." fuck kelly jean..fuck thots honestly
2020-09-04 21:35
3 replies
#315

wirba
You cannot debunk an experience that someone shares. You can disagree with it and that’s what Henry did with telling his side of the story imo.
2020-09-06 11:51
#290
misutaaa |

Retardino
Another attention seeker th0t basically ruined another persons career again? well how about that
2020-09-04 21:36
3 replies
#316

wirba
If you read the allegations it’s more the other way around. A guy abuses a girl and scar girl for life while his career is fine. Remember he wanted to retire anyway so nothing changed for him. Maybe read it yourself too: twitlonger.com/show/n_1sr9i71
2020-09-04 22:24
2 replies
#365
olofmeister |

Vinylshark
Henry provided clear evidence that showed that she was full of shit and all those accusations were just lies. And of course it changed a lot for him. Something like that will never go away, even if you 100% prove that everything against you was just made up. Yes, he wanted to retire, but not as soon as he had to do now.
2020-09-05 02:09
1 reply
#471

joaosenra
RIP fck cs go no one cares about this game even the companny that creat the game good luck for the future Henry #bestcastercsgo
2020-09-04 21:41
#303

wirba
Why do you think the allegations are false? And what happened to his career because of the allegations. Remember he wanted to retire anyway.
2020-09-04 22:29
4 replies
#330

skileraarbruin
oh well knowing him, beeing a bit of a pessimistic lad i can fully understand this and hopefgully we'll see em back @ a summit or w.e some day, but yeah pansy's great i woundt even blame her for not returning after all the community bullshit wich drove also semmler away etc
2020-09-05 00:38
#335

ErectToaster04
he said that the allegations made him do it earlier than he wanted, it would’ve also looked a lot worse if an accused rapist would be casting big events by TOs trying to get sponsors
2020-09-04 22:51
#304

staticNL
"Speaking about his future, the Brit teased that his next move will be "a colossal one for the CS:GO community" as he prepares to take on a new challenge" I dont think his colossal challenge for CSGO is valorant
2020-09-04 23:18
#339
autist |

Ston3Cold
Damn, really sad to hear that HenryG won't be casting anymore. I never really had a problem with his casting though. HenryG and Sadok1st were the best together imho, the banter between them was the best. GG WP and thanks for the memories Henry, you will be missed !
2020-09-04 23:13
1 reply
#394

Rene_Gade
While I don't agree with how the accusations were levelled, I don't understand how you can retire after you've been cancelled. Does anyone know if she took it to court? I appreciated how he kept machine and spunj on track when they'd start ranting about irrelevant shit
2020-09-04 23:34
#346
NiKo |

SL1210
HenryG brought a lot of power and enthusiasm to the game. I hope this will just be a break. I know nothing about the allegations but I can tell from experience as a trial lawyer that there are false allegations and very many exaggerations.
2020-09-05 04:48
#389
Aleksib |

memyselfandI
Best caster if you look at the whole package. He is genuinely interested in the game, he is splendid at reading the game while casting and isn't and isn't polishing his ego with it, unlike other casters (I am thinking about one in particular, who uses a lot "I" when he casts. On top of that one of the best voices in the game. But he can't smile so you can hear it, unlike machine and harry.
2020-09-05 07:35
#406

Malcorianus
Could actually happen, many solid coaches were stupid enough to use this bug and ruin their career for good. HenryG has game knowledge, and also Moses got a spot as a coach, so why not?
2020-09-05 12:59
1 reply
#426
ropz |

Klassyaf
This really hit me hard. The past 2 years have been difficult for me struggling with depression and I've spent my days just watching streams. I don't have any friends nor social life, the casters being the closest I have and I kind of consider them my friends. HenryG was always my favorite. I don't know why but it always made me happy listening to him and made me forget the miserable life I have. Just an escape from reality. Now this feels really sad, it's like I have lost my best friend which I never even had... But that's life. I am happy for him. Thanks for the amazing years, my best friend.
2020-09-05 13:30
#437

Flukey
Another victim of the MeToo and the girlpower movement. If you are a man in this day and age, your best bet is to never even talk to women. Hell, dont even look at them. You may be accused of sexual assault by looking at them the wrong way, and have your career ruined.
2020-09-05 21:23
2 replies
#474 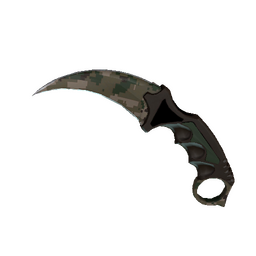