Rejin suspended from mousesports as he confesses to coaching bug use*

Allan "⁠Rejin⁠" Petersen has confessed to using the coaching bug in his time with Tricked in 2017-2018.

Update: Rejin has been suspended from MOUZ.

In his admission and apology, the MOUZ coach stated that he used the bug, which allowed coaches to stay in a fixed position in any spot on the map for any period of time during a match, in at least four maps in four matches during his time with the Danish team.

The matches the 32-year-old listed took place against HAVU in Kalashnikov CUP, against 3DMAX in United Masters League, and against pro100 in Rivalry.gg Rising Stars and in LOOT.BET Cup 2. Rejin's name is added to the ever-growing naughty list

Rejin went on to stress that he had never used the exploit while part of the German organization beyond encountering it in a match at ESL One: Road to Rio, which MOUZ confirmed after investigating the case alongside freelance referee Michal Slowinski.

"I take full responsibility for my actions and there is absolutely no excuse for that," the Dane said in his statement. "One thing I can say for sure is that the players did NOT know, under any circumstances, that I was using this bug. Neither did Tricked as an organisation or Mousesports."

"I am truly sorry and I would like to apologize to the teams, all the fans out there, the whole community, Mousesports, the players, my family and friends. And last, Morten (CEO) from Tricked Esport."

Rejin is the second coach to publicly admit to using the exploit since ESIC opened a confession period for offenders, after Faruk "⁠pita⁠" Pita came forward earlier on Friday to declare his use of the bug in 2018. More admissions are likely to come in the near future, according to Michal Slowinski, who shared on Twitter that "a lot of coaches came forward behind closed doors".

Previously, Ricardo "⁠dead⁠" Sinigaglia, Nicolai "⁠HUNDEN⁠" Petersen, and Aleksandr "⁠zoneR⁠" Bogatiryev were all banned from ESL and DreamHack competitions for periods between six months and two years based on the extent of their offenses in tournaments organized by the two companies, and the MIBR coach went on to receive another ban from Beyond the Summit for a separate offense at cs_summit 6.

Meanwhile, K23's Aset "⁠Solaar⁠" Sembiyev has been suspended from the Kazakhstani organization amid allegations that he made use of the exploit in Eden Arena: Malta Vibes Cup 8. ErectToaster04
if i’m going to be honest with you i made a point that i didn’t really think to hard about, and i decided to stick with it. even tho i was wrong the original commenter was over exaggerating by saying “RIP MOUZ” like the org will have a tarnished representation
2020-09-05 00:12
11 replies
#146

spiderCAKE
yeah sorry didn't read that part. But by karrigan's logic Tricked players should be banned too. Or does it not apply cuz they're his fellow Danes? I mean, why should anyone believe Rejin that the players didn't know about it?
2020-09-05 01:06
3 replies
#183

TanmayArya2018
Rejin was a bad coach anyways. --I don't think he did anything in Mouz except regulating practice sessions. --In an interview against (A team I can't remember the name of) he indirectly admitted to not anti-stratting. --I think Karrigan did most of the anti-stratting anyways.
2020-09-08 07:50
#88

MaybeIWill
The bug was not forbidden during that tournament, it was technically legal to use it. The players just came up with an agreement to not use it after the incident base on trust and integrity.
2020-09-05 10:32
#240

Official_hltv_yoda
People think that Xizt is cheating cuz he owns noobs and noobs 24/7, those idiots are just jealous of his godlike aim gamesense quick reaction time and his insane bunnyhops, I understand why they think he is cheating.
2020-09-05 00:19
4 replies
#108
Xizt |

LEMonHLTV_BTW
Not zonic, but the most punchable face on earth Smoke bug for example. They were never clean i mean it was the only team to get 70% of the frags through the smoke. A lot of weird frags yet they individual skill on eqal ground was trash tier.
2020-09-06 13:53
#21
TACO |

Miki2K
what makes me delusional? liar because they lied about dead cheating (tried to say he did it in one round, later on got exposed for multiple matches) cheater because dead cheater for them multiple times naive egoist because he tweets after a 0-2 loss to galaxy racer that he is playing up to his maximum crybaby because he cries after every loss (which is funny to watch tbh) dont even need to explain infinite excuses maker and loser is quite obvious, when was the last time they won something big? 2018 zotac cup which was tier 3 tournament with shit teams? Am I really the delusional one?
2020-09-05 01:14
6 replies
#217
TACO |

strogie
Theres a reason people call big for Bug, they used the stupid bug on inferno at a major only playing inferno and got through groups because of that
2020-09-05 08:55
1 reply
#379

dyinbyran
How could have zonic cheated? Astralis never played a lot of online games and at LANs its impossible to use the coach bug when people are standing near you lol , are you retar***? Also why would you think big cheated ?
2020-09-05 07:55
#27
tabseN |

GermanHLTVAmbassador
are the tweets still up? and yeah, that def seems like a manic episode. you get super paranoid especially from those you love. you see it everytime on kanyes twitter. he says things like kim wants to take away his daughter, or that she wants to lock him up etc.
2020-09-05 14:52
1 reply
#427
dj_skullfuck |

LoOuU2
Tbh, Astralis don't really play online tournaments that much in the past , where the bug could have been exploited. Hopefully Zonic and other Astralis players were good boys during these 'rona days and didn't abuse it of they had a chance too.
2020-09-05 00:53
1 reply
#232

Vinylshark
The jump bug still wasn't illegal. ESL even made a clear statement that the bug was not breaking any of their rules and there for can be used.
2020-09-05 01:55
#55
MonsterANT |

KoksSkirtumas
This is two different things. I will get my bike back and possibility to stop next crime. At this point u telling to me, any of team which played agains those coaches will get chance to play again for trophy or money prize? And second thing, Valve already fixed that bug, they cant use that anymore.
2020-09-05 12:12
#111
f0rest |

LeDiplomate
Yo les noobs, Do many coaching spots up for grabs, hope a new generation of young coaches comes up with innovative thoughts and strats.
2020-09-05 00:21
#103

REALISTIC_BIG_FAN
:D It would make their success even BIGger. Imagine how mad kiddies will be if BIG top 1 legit while everyone cheating like a motherfucker. Imagine how much I would gloat and shit on BIG haters. It's almost unhealthy. :D
2020-09-05 02:05
#112
GeT_RiGhT |

askyee
After henryg retirement i said to myself that most probably he Will be a coach and i said its gonna be International and most likely Mouse but they wouldnt kick rejin
2020-09-05 00:40
#125

Gonginator
Killing someone and abusing a bug that's been in the game for several years are two totally different things - that's comparing apples to oranges. Rejin abused the spectator bug in 2017-2018, which is 2-3 years ago. Why punish him 2-3 years after he had done this? It doesn't really accomplish anything.
2020-09-05 08:08
#156

Al_Bundy_4_Touchdowns
All this bug using scandal and coach bans only now is pure bullshit and big distrust to valve. Couple coaches already say that they use it but also inform valve about this bug 2-3 years ago and nobody from valve cares to check this. Or maybe hope that all this not going to public and can be use for gambling and game fixing. Valve should took responsibility to this that they don't do anything when they was informed about this bug.
2020-09-05 00:52
2 replies
#299

Al_Bundy_4_Touchdowns
Yes, but already everyone knows that valve vas informed from coaches about that bug 3 years ago and still do nothing to fix. Probably fix just now this bug because of corona pandemic all tournaments playing online, back in 2017-18 almost all of top tier teams tournaments was LAN, and this bug used only in online games from lower tier teams, and valve don't care that teams.
2020-09-05 10:16
#166

iqbaltaufiq17
I wonder if the sponsors still want to put big money on any CS teams/events. It hurts valve's reputation after finding a 2-years-old bug went unnoticed
2020-09-05 04:21
#248

margheriti
funny you still mentioning mibr even though the topic isn't directly related to them like who even cares dude
2020-09-05 05:22
5 replies
#259
Aleksib |

margheriti
your message wasn't about the bug itself, but on a specific team involved on it look, if you hate them, it's fine, but keep it to yourself. this forum already spreads too many hate on the scene, your comment isn't helping at all
2020-09-05 05:23
3 replies
#262
Aleksib |

Yes more mr. nice guy
I would like to say that coaches confessing willingly using that bug is kinda cool. Can you imagine "regular athletes" ever using doping? They usually deny it even after getting caught.
2020-09-05 05:32
1 reply
#275

WestSideDude
you are 0iq here. so by your retarded logic if valve's anti-cheat cannot handle some cheat and some player use it, then we should blame Valve and be okay towards this player? you dumbhead
2020-09-05 08:24
2 replies
#315

x1fy
If big didn't get banned for using the jump bug during a MAJOR then why should these coaches get banned? BIG managed to get all the way to the quarter finals while these guys used it in a few rounds. You can say it's bias cause i'm a mousesports fan, but imo this opinion makes sense
2020-09-05 08:43
2 replies
#318

Stg^^
Now we gonna see which teams were using the bug. Just observe rankings. Look Heroic yesterday. They played not so Good like in Cologne tournament. I think that gonna change the scene of cs go. Greatings.
2020-09-05 10:05
#354

BLaCkKobRa
rejin is so dumb. was it so important for him to confess it less than a day before mouz match? either confess with this bug was exposed few days ago, or confess after mouz match, wtf are u doing? u gave them no time to prepare playing alone
2020-09-05 13:15
#414

Leftie
because all of the replays are getting inspected by referees, so you admit it and take a lesser hit, or you keep it secret and get found out and get a much bigger hit
2020-09-05 16:48
#431

danKmEmEsxD
*****READ THIS AS I WILL NOT BE A PART OF THIS WITCHHUNT***** YES such an idiotic thing to do. But... I've known this man since the beginning of counter-strike:source. A very talented igl, and experienced person, a very dedicated person. Reijin will still be one of the greatest coaches and ingame leaders i've seen, this is just something he tried to implement to give his team an advantage in a game that has already been exploited by cheaters and constant bug abuse from others. It does not make it okay.. But don't let that be the only thing this guy have achieved. Rejin my man, you can take credit for many other things than this and this is a very very small part of what this man has accomplished. Breaks my heart to see such an important person of the danish scene go through this, still i wanna say he has bigger balls than the majority of the pro scene, since not many dare to adress their wrongs in public. Good luck in the future, you are a fucking legend and don't let anybody take that away from you...
2020-09-05 20:45
#447
Frankie | 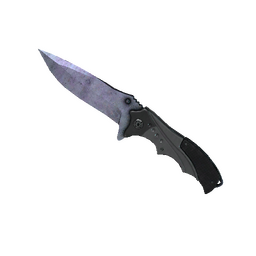