Michal Slowinski: "This instance of the bug has been fixed; unfortunately, I think there might be more"

On the latest episode of the HLTV Confirmed show, the freelance tournament referee revealed that two different instances of the coaching bug could still be in the game.

Michal Slowinski, the freelance referee who played a key part in uncovering the coaching bug abuse scandal alongside Steve Dudenhoeffer, joined the 'HLTV Confirmed' show on Monday to talk about his discovery of the bug and his experiences as a tournament admin.

During the conversation, Slowinski confirmed that the bug, which has already resulted in bans for Nicolai "⁠HUNDEN⁠" Petersen, Aleksandr "⁠zoneR⁠" Bogatiryev and Ricardo "⁠dead⁠" Sinigaglia, has since been patched, but revealed that two variations might still be in the game. "This instance of the bug has been fixed", Slowinski said while talking about the initially discovered glitch. "Unfortunately, I think there might be more. I think there might be two more different instances that we are looking into right now. It's actually even more of an advantage so let's hope it's not too bad.

"It offers similar possibilities but has different activations, obviously. I think it is more random. Unfortunately, we have not found a way to reproduce it yet, but we did find some weird, suspicious demos, where people got a third-person view of a player, so you can rotate around a player for example and that is obviously quite an advantage.

While the existence of more bugs is worrying, Slowinski assured that the process of checking for the potential abuse of these other glitches is the same as the one he is currently following for the initial bug. However, he added that the abundance of false positives makes for a time-consuming process.

"There have been some scripts made, some demo parsers that give you ticks or round times where a coach isn't spectating a player, and then you can do the visual check and check everything you need to potentially ban a player.

"You have to remember a coach could not be spectating a player because, for example, there is nobody alive, and the camera then switches to the bomb that is being defused. Timeouts, technical issues, backups, all of that causes a lot of false negatives you have to go through."

The coaching bug abuse is currently under investigation by the Esports Integrity Commission (ESIC), which have hired Slowinski and Dudenhoeffer to check for historical instances of its usage dating back to 2016. The organization has also opened a "confession period" that lasts until September 13 at 23:00 .

To hear more about the coaching bug abuse, the life of a tournament admin, and about our other guest, Wiktor "⁠TaZ⁠" Wojtas, check out the show on Twitch, in VOD form or during the rerun at 20:00 . HLTV Confirmed is also available on Youtube and podcast apps one day after the show airs. chupe
how come? man in coach bug you can see everything, where enemy team goes, their economy, their buys. Its literally a cheat inside of cs go. So its not the same, yes you could see through smoke but you couldnt see where exactly is enemy player standing on the map, what gun he has and how much money he has.
2020-09-08 09:28
#34

uselessidbr
Same thing! Just different kind of cheat. And no, the coach bug hasnt all this info (weapon, economy, buy, etc...), they can only spot enemies position if the enemies are nearby the coach. What is happening here is that people are chosing who to point fingers to and protecting those they like.
2020-09-08 17:20
#32
Kjaerbye |

pedrada22
Not possible. We can watch zonic in most of astralis lan games very closely. It is not like astralis didnt deserve every achievment they conquered. That would be very silly of him, AND unecessesary imo
2020-09-09 05:05
#4

xxsystem
Yeah sure "there might be more", "unfortunately, we have not found a way to reproduce it yet". Now that he's hired for playing this knight role and everybody is throwing money, why not keep it rolling a little more right? No more coach bugs = no money. He's not a good guy trying to save the community from evil coachs, he just saw an opportunity to become relevant and get a few jobs again
2020-09-07 22:36
3 replies
#42
zet | 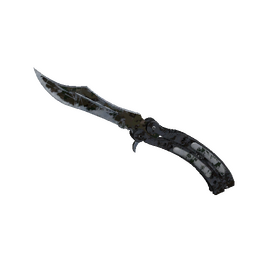