woxic signs for Cloud9: “I’m going to bring back the real woxic”

The Turkish AWPer has vowed to return to his best in the 'Colossus' after a turbulent end to his mousesports tenure.

Cloud9 have announced that they have completed the signing of Özgür "⁠woxic⁠" Eker from mousesports. The Turkish AWPer becomes the third member of the new team that the North American organisation is putting together following the arrivals of in-game leader Alex "⁠ALEX⁠" McMeekin and rising talent William "⁠mezii⁠" Merriman.

Just like his new teammates, woxic has signed a three-year contract, according to Cloud9 general manager Henry "⁠HenryG⁠" Greer, who added that the deal is worth $1.365 million. “When I was talking to [Cloud9 general manager] HenryG, I saw that he was doing things the right way,” woxic told HLTV.org. “I had some other offers, but Cloud9’s was the best one. My main goal is to win tournaments. When I saw the opportunity that this represented and what they’re willing to give to the players, I thought that everyone was going to feel comfortable, which is the most important thing. If players are not comfortable, you cannot win tournaments, even if you create a star team. When I was told everything about Cloud9, I saw that in five or six months we would have success."

woxic enjoyed a prolific year of 2019 for mousesports following his transfer from HellRaisers in March of that year. He helped the team to win a handful of LAN tournaments, most notably CS:GO Asia Championships and ESL Pro League Season 10 Finals, winning an MVP award at the former event. He was also ranked the 12th-best player of 2019, becoming the first-ever Turkish player to feature in HLTV.org’s end-of-year ranking.

But woxic, just like the rest of the team, dropped off only a few months into 2020. After winning ICE Challenge and placing second in ESL Pro League Season 11, mousesports went on a downward spiral for the rest of the season that saw them make multiple group stage exits. woxic played just one tournament after the player break before heading to the bench to make way for newcomer Aurimas "⁠Bymas⁠" Pipiras.

“I had some talks with the coach and with the organisation, and I said that I didn’t want to play [anymore]. They had also thought about putting me on the bench, so we reached an agreement. It wasn't just about results, there were some personal reasons as well, but I cannot talk about it.”

Despite his mousesports tenure ending quietly and without much fanfare, woxic said that he will hold onto the good things and insisted that there has been no breakdown in his relationship with his former teammates.

“I'm still so happy because I was a part of that team and that organization,” he said. “It was huge when I got the offer from karrigan. Everyone knows him, he’s a legend. I have no problem with any of my ex-teammates, I will still talk to them, I will still spend time with them when I see them at a tournament or something.” woxic has faced huge criticism since a 1pv report suggested that he was ousted from mousesports’ starting lineup due to “various problems concerning his attitude”. It has been hard for him to remain indifferent after being labelled “toxic” by the community, yet he insisted that he never feared that this would be a stain on his career. Still, he was keen to set the record straight.

“If the poor attitude thing were true, I would fear for my career,” he said. “But when you and everyone I have played or worked with know that it’s not true, it doesn’t matter. Because of that article, people started spreading some rumours about me and started saying that I was toxic. That kind of comment makes me uncomfortable because this is not true. I’m hungrier than before because of this situation. I want to shut everyone up.

“There’s also a lot of people who keep supporting me, and I’m really glad about that. Whatever happens to me, wherever I go, these people change their profile pictures to support my teams. They just keep supporting me, no matter what, so I’m really happy to have them. I promise to them that I’m going to bring back the real woxic in Cloud9.”

woxic will use those negative comments as fuel for the challenges that lie ahead, the first of which will be Flashpoint 2 — a tournament that HenryG has billed as a must-win for his team. He still doesn’t know who his last two teammates will be — three if you consider that Cloud9 are building a six-man roster —, but his confidence is unwavering, his ambition boundless. He is determined to restore the glory days to Cloud9 and has his eyes locked on the biggest prize of all.

“We have to win Flashpoint, this is going to be our first big challenge,” he said. “We haven’t talked about other tournaments yet, but of course everyone wants to win a Major, we want to bring one more to Cloud9.

“Before I stop playing this game, I want to win a Major.” TheGoddamnHero
+1. I really expected something more convincing. Also woxic never gets us visa. And sometime get visa denied for other country too
2020-09-19 22:28
#12
TBD |

LoOuU2
I dont know Mr. pvfr, I didn't followed him in HR so no idea about his time there and as far as this Mouz is concerned, it was only that rumored report that said he is toxic , no one else has ever stated that. Of course he is a very expressive guy who doesn't hold back from showing his emotions, but nothing evident is there to term him as toxic. By a good sign, I meant in a way that he is a bigger and better name than Alex and Mezil for sure.
2020-09-20 00:58
#453

Bagjo
So was Simple.. people grow up.. most kids in the late teens and up to like 25 havent learned to much about life... Dupreeh is quite toxic also.. i havent seen mouse very much the last year.. But i do remember seen what happens when woxic turns on. And i also remember thinking he is top tier when he is fired up.
2020-09-20 11:28
#32
Lobanjica |

NextiLizm
okey. The reason for the success of mausesport 2019 ? with ropz ? who is the mvp csgo asia championship . he ambitious player so he kicked he not toxic he always saying letsgo boys letsgo to teammates . he give motivation however they say woxic is toxic player u can look the chrisj tweet he said : wox not toxic he always burning our . like karrigan and ropzz sorry for my disgusting eng
2020-09-19 23:29
#397
Twistzz |

mates))
Do you know how many years he's been playing in international teams? And every team he has been in had a decent peak. It's impossible without good coms. I suggest you to buy a brain from aliexpress. It's cheap.
2020-09-20 05:00
#209

shrimpony
His trashtalk is hillarious, so much more fun to watch him. On top of that he is skilled and frags hard. You need not worry about the rest u mentioned, thats for the teams to manage. Why should you care about such thing:S..
2020-09-19 22:10
3 replies
#246

HLTVs Hero
Imagine being mouz players right now with their 10-15k salaries MAX and seeing your ex-teammate which you benched...will be getting 2x or 3x the salary few weeks after for 3 years, while you keep weedJ who plays likes he's so stoned to the point that he wouldn't know what 1+1 is if you questioned him.
2020-09-19 22:04
2 replies
#404
Twistzz |

xxxjet3
Deserved? Look how mouse plays better without woxic now. He is overrated awper who rarely hits some flicks to get hyped but most of the time he miss easy shots , he doesnt read the game , he is out of game sense , in clutchs he throw awp and pick rifle because he dont play smart like awpers who clutch the round with awp to impact the game when its most needed critical rounds like Syrson , S1mple , Zywoo.
2020-09-21 02:43
2 replies
#530

zynaps
Turkish players should probably play with Turkish teams. Euros have issues with Turkish people. They can be loud, obnoxious and often very toxic. People with a short fuse. Good luck, I don't think it will work in the long run. The rest of the team will bond, he'll be the outsider.
2020-09-19 23:44
2 replies
#354

PewPewKurt
clown9 totally out of controle imagine you give like 10 millions to spend and manage to a csgo caster on cocoaine 24/7 for building a team (because csgo casters did so well in the past, ynk etc lul ), and he brings: -ALEX: an IGL without strats but letting zywhale drop 30+ bombs every match -mezii: who? -woxic: inconsistent awp, bad internet, visa issues for everything outside europe. LOL
2020-09-20 00:27
4 replies
#418
syrsoN |

counterstrikecomputer
3 year contracts OMEGALUL ALEX really should give his Salary to ZYWOO, he'd be a nonamer like mezii without him
2020-09-20 10:10
#518

iknowdawae
Do you see how many turkish BIG fans are there because of Xantares? I wouldn't add smooya that kid is changing so many team. Also You guys are forgetting the last year? you were all spamming godxic in the chat.
2020-09-20 01:12
5 replies
#349

Allonsy
Imagine signing someone that has huge inconsistency issues and never deliver when it matters. I ve littrealy never seen karrigan bench someone xD Henrg trolling the c9 ahahah just wait the discussions if they should bench toxic or Alex after their egos clash together.
2020-09-20 06:45
1 reply
#517

dbie
Most of mousesports recent top placings are due to this guy. Cloud9 is aiming high, I can see them destroying the NA scene if they were to play in that region. ALEX and w0xic are two of the most underrated players of 2019 btw. I am curious about the last two players, I hope they are good players so we can see the birth of another top contender.
2020-09-20 09:08
3 replies
#454

plecktrickal
yes indeed! a lot of people miss this fact: at Asia Championships 2019, woxic carried mouz at mouz vs tyloo match (he was also very good at that tournament in general), and they won the match because of woxic later they won the tournament. winning Asia Championships boosted their confidence and mouz started to feel like they're a good top 5 team after all of the losses before winning Asia Championships, after winning that tournament, because of this tournament's effect, they didn't change any players of the roster (mouz would likely to change at least 1 player of this roster if they didn't win this tournament) and they won 3 more tournaments and a final at Epicenter. they become a stable top 3 team and nearly a top 1 team (there was a very close points difference between mouz and Astralis: hltv.org/ranking/teams/2020/february/10 hltv.org/ranking/teams/2020/february/17 hltv.org/ranking/teams/2020/february/24 I hope C9 will be a top contender.
2020-09-21 19:09
#428

kaeschdle
hmmm woxic doesnt fit into the picture i predicted. i mean they wanna sign 6 players anyway but still... i still think i have at least one more out of: alex/smooya/mezii/dycha/tudson correct
2020-09-20 12:55
#474
SS |

zorglubx
If this man goes back to being as good as he was when mouse was at their top, then the new C9 will have a great asset. I really hope he succeed, and I also hope that everyone who calls him toxic for no reason would show some respect instead of being, well, toxic. Buh! Will be interesting to see the last 2 picks for the active rooster, this project is taking form ;) Good luck
2020-09-25 23:04
#547 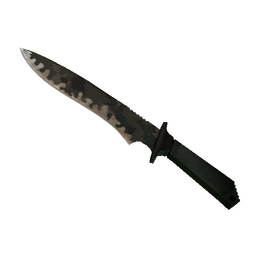