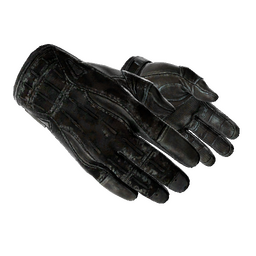 The young squad become the organisation's primary lineup after impressing over the last 18 months.

Gambit have announced that their academy team, called Gambit Youngsters, is now the organisation's primary lineup. The team, who recently added PGL Major Krakow winner Abay "⁠Hobbit⁠" Khasenov, have spent 15 weeks inside the top 30 in the world rankings, peaking at No. 25 in November 2019.

Gambit Youngsters were created in April 2019 following a selection process that took place at a bootcamp and involved current NAVI coach Andrey "⁠B1ad3⁠" Gorodenskiy. The roster still holds three-fifths of the original roster and boasts two of the CIS' hottest prospects in Dmitry "⁠sh1ro⁠" Sokolov — who was featured in our 'One for the future' series — and Sergey "⁠Ax1Le⁠" Rykhtorov. The team became Gambit's sole active squad in May 2019 after the organisation suspended their primary lineup, and raised eyebrows later that year after beating ViCi and ex-Epsilon on the way to the MSI MGA Finals title in New York. Since the start of 2020, they have won seven online tournaments and taken the scalps of teams like Natus Vincere, MIBR, forZe and Virtus.pro.

"Ever since Gambit Youngsters was formed, it was supposed to become a mainstay in HLTV.org’s top 30 to get rid of the "Youngsters" tag and become our primary line-up," Gambit CEO Konstantin "⁠groove⁠" Pikiner said in a statement. "We count on this squad to represent Gambit with dignity and the presence of PGL Major Krakow champion Abay "Hobbit" Khassenov will only bolster this historic connection."

Gambit will compete in the next Regional Major Ranking (RMR) tournament in the CIS region, IEM New York, which will run between October 13 and 25. The team are temporarily being coached by groove, who played for emax and Virtus.pro in CS 1.6, following the 8.75-month ban handed to Ivan "⁠F_1N⁠" Kochugov for abusing the spectator bug. BritishCSlul
Apparently issues with travel given he is Estonian and the COVID situation going by the article on that
2020-10-05 17:22
5 replies
#66

kami917
Ah unfortunate. I must’ve missed the article. I wouldn’t be willing to transfer him if I’m gambit, considering how good they were with him and that in probably 6 months the circuit will be back to normal.
2020-10-05 17:49
4 replies
#72

SebL
It was rather obvious that they would do that, it's weird to have academy roster when you don't have a primary lineup. And overall this team has looked pretty good, with small changes I think they could reach TOP 15.
2020-10-05 17:47
#65
JamYoung |

mannersmakethman
this is very nice and the right attitude of the org. congratulations on both the org and the team, these younglings deserve the chance and the spotlight :D
2020-10-05 17:52
#69