The North American organisation is pulling out of the scene just 12 months after signing the Australian roster from Renegades.

100 Thieves have decided to withdraw from Counter-Strike, sources with knowledge of the situation have told HLTV.org. The decision, which should be announced soon, comes amid star player Justin "⁠jks⁠" Savage's seemingly imminent transfer to Complexity.

The North American organisation entered CS in late 2017 with the signing of a Brazilian roster featuring Lucas "⁠LUCAS1⁠" Teles, Henrique "⁠HEN1⁠" Teles and Vito "⁠kNgV-⁠" Giuseppe, the core of the Immortals lineup that had reached the PGL Major Krakow final earlier that year. The team ended up missing ELEAGUE Major Boston due to immigration issues, with kNgV- and then the rest of the lineup being released without even making a tournament appearance for the organisation. 100 Thieves returned to the game only in October 2019 with the signing of Renegades' lineup, which was coming off a historical semi-final run at the StarLadder Major. The Australian team carried their form to the new organisation, reaching their first-ever Big Event final at IEM Beijing and peaking at No.5 in the world rankings.

However, 100 Thieves have struggled for form in 2020, especially since the pandemic struck in March. They have been outside the top 10 in the rankings for the last five months, straying from 100 Thieves owner Matthew "Nadeshot" Haag's plans to build a "championship-caliber team".

The imminent departure of jks, who was named the 15th best player of 2019 and has been 100 Thieves' top performer in 2020 with an average rating of 1.16, appeared to be the final nail in the coffin for a team already in dire straits. The squad has been without a coach for the last two weeks after Chet "⁠Chet⁠" Singh decided to leave CS to continue his career in NRG's VALORANT division alongside Damian "⁠daps⁠" Steele and Sam "⁠s0m⁠" Oh.

It is still unclear what will happen with 100 Thieves' spots in ESL Pro League and BLAST Premier, two tournaments with which the organisation is partnered, and with the team, who are currently competing in IEM New York, in the aftermath of jks' exit. According to a recent report from DBLTAP, Joakim "⁠jkaem⁠" Myrbostad "has received a number of offers" but no transfer has been agreed. Gonginator
Nadeshot made these decisions on his own lol. He has the final say in what 100 Thieves, his organization, does. You have to take a chance in any industry otherwise you will only have regrets because you played it too safe. He has money to spend and he'll be back in the future. This was a good learning experience for him.
2020-10-12 22:21
#431
s1mple |

kaeschdle
i think they were at the end of their potential regardless. yes IMAPet made them kinda worse than they were with kassad, but i dont think there'd be a lot of potential left without changing the lineup. the move could be good for the australian scene. maybe there's a big shuffle incoming now
2020-10-12 13:46
4 replies
#325

FiddleWiddleMyDiddle
Maybe a shuffle in AU depending on what the ex-100T players do. I don’t think it will affect the Renegades team since they are currently unbeaten but Order who have some other washed up AU pros might look into a few changes to contend with Renegades.
2020-10-12 16:34
3 replies
#333

Dibaloak101
Bro your being unfair. 100thieves looked more creative as a team under iamapet. Kassad is an overrated coach. 100thieves made the finals of a decent event under him and went through liquid and evil geniuses.
2020-10-12 14:38
1 reply
#342
m0NESY |

SalmanderNatsu
kassad and imapet have two different coaching styles. imapet is mostly counter strating because that's his speciality, he's more of a loose style while kassad is more structured play but what kassad does better is demand 110% of his players which forces their potential out and helps improve them.
2020-10-12 16:57
#312
ropz |

waka_waka
If Valve commercialize the game properly, the ORG can survive without the huge prize money. Even the CEO of Navi is complaining about it
2020-10-12 15:40
5 replies
#282

VeryDelusionalFnaticFan
Give me your idea then, but make sure it doesn't stop tier 2 from getting into tier 1 or doesn't involve a valve sponsored circuit, because neither would work.
2020-10-12 15:41
4 replies
#285
ropz |

waka_waka
At least the orgs is profiting and they are staying to invest more. It is like Valorant, Big Orgs invested a lot into this shit game because they know Riot will make them money
2020-10-12 15:46
1 reply
#365

Reape3
First off most esports orgs in most games dont make much money atm, league is the exception and the only reason it is that way is that the leagues are franchised, which has its own set of problems. The reason many teams are buying into valorant is that they're betting on getting another franchised league, riot however has not confirmed this and if they don't change to a franchise model I can assure you many orgs will leave the game, and if they do the orgs are gonna profit but the viewers won't because the level of play will stagnate which in a game like valorant will probably kill the viewership and scene. The problem of properly monetizing as an esports org isnt specific to cs or valve, most teams have this problem, and there isn't a clearcut easy solution and certainly, the devs of a game are also not really the right ppl to blame since its not their responsibility to make sure esports orgs can turn a profit, especially because for most orgs it's their own mismanagement which leads to them losing money. Tournament organizers have a similar problem but in their case its by far not as black and white.
2020-10-12 17:52
#105

Reape3
Nah the main reason why orgs don't invest in csgo is that they're uncomfortable with the whole t/ct thing, as by their own admission. Money is not a factor otherwise almost no org would invest in any game since in most games you don't really earn big sums as an org.
2020-10-12 17:59
2 replies
#400
Hiko |

kaeschdle
liquid just created a polish academy team under lead of pashabizeps, i dont think they will leave cs. i could see Gen.G leaving, but not liquid
2020-10-12 13:49
2 replies
#98

draizze
Gen.G still have big investment in flashpoint. I know flashpoint is still far away behind the competitor but I think that at least show that Gen.G have some commitment and won't quit in short time.
2020-10-12 15:17
#76

Cohen177
100 thieves and faze definitly are the shittiest orgs by a mile. both dont deserve their csgo lineups, they are both way to likeable compared to their respective org. hopefully jks, niko etc got major dollar out of them
2020-10-12 14:12
#157
RpK |

MikeLCHV
Thats what happens when you sign for a org where the owner cares more about clothing and tiktok than winning trophies. Hope this helps
2020-10-12 14:14
#161
dexter |

AVeryBigBoi
Shitty merch-brand org bailing on the team after an era of online CS. With Jks supposedly moving to Complexity, I'm imagining Jkaem also heads to a European team. AZR is a decent enough IGL so I can imagine maybe Gen.G picking him up, or even Liquid dropping Bot Grim. Liazz still has a lot of potential and may get picked up by a lower tier team for another chance to work his way back into the higher tier. Don't think anyone will be interested in Grat, his performance has been too poor, he'll either go back to the OCE scene or move to Valorant.
2020-10-12 14:14
1 reply
#188

iambetterthancoldzera
shit org anyway LOL good riddance, they have accomplished nothing in any esport, more of a lifestyle/fashion brand than an esports team, fuck off
2020-10-12 14:19
#173
f0rest |

shrimpony
Oowh, that would put jkaem on the market. Very interesting, really want that dignitas move. Would be a big boost for them. There are rumours that they are trialing h4rr3, this would be soo much better.
2020-10-12 14:20
4 replies
#193

shrimpony
What do you base this on? C9 are spending money so obviously they gonna buy. Is that it? Have no idea why any player would actually want to join them honestly. They drop their players and teams constantly. Unstable shit org. Signing player then kicking them, going na then eu then eu with na then eu and around we go. Kicking players signing new teams every other day. If i were a pro, i wouldnt go near that org.
2020-10-12 14:40
2 replies
#212

Beard43
What a shit org. Sounds like jks is sorted, makes sense now, and I have no doubt jkaem will find a team easy enough. I hope a decent team will pick Liazz up, the guy was a monster fragger before being given a support role in RNG. Remains to be seen, same with AZR, but I would think Grat might be returning to the oceanic scene unless they stick together.
2020-10-12 14:25
2 replies
#185
SpawN |

JermainWilliamson
The 100T Valorant team already has more potential for a ROI. NACS is effectively dead until something drastically changes in this region. Which will likely not happen, because nothing ever changes.
2020-10-12 14:54
1 reply
#299

Phamous3k
I’ve said this so damn much be people on here act like a cult. NA CS been dying and Riot Games effectively killed it. It’ll still exist but, nothing like before. Valve should step in and do some work rebuilding the scene but uhhhh yeah not happening lol. EU & Brazil... That’s probably going to be CSGO. Like how CrossFire is huggggeee in China. I’ll still bet on my NA boys though. We still got a few good teams out there.
2020-10-12 16:01
#223
Snowzin |

Karppanator
Then they should be looking at the valorant roster they pay insane numbers to despite not having anything to profit off of yet. They wanted an easy out to get out of CS as they never wanted to do anything with it anyways. This is exactly that. They will keep investing onto valorant in the future in the hopes of it becoming/surpassing CS.
2020-10-12 18:28
1 reply
#402

Phamous3k
If Valorant isn't profitable they will pull out that scene as well... I think they know Riot will develop a franchise-league in the future which has been very good for LoL. And the same esports heads who built LoL are on the Val team now... And there's a rumor that they're buying a CDL spot in CoD. It's all potential ROI... And NA CS is pretty dead.
2020-10-12 19:05
#227
LNZ |

c0meatm3_Bro
the thing with Liazz is now that hes not on the same team as Jks he can go back to playing the role hes actually really good at, he was never a support player before joining renegades he was a lurker/jks style of player. im sure some half decent team will try to get him.
2020-10-12 15:14
2 replies
#296

LoOuU2
Expected given the rumors and news circulating for past few weeks. All the five players of the squad are pretty good and would get themselves a place in top teams if they choose to grind CS at lower level for some time, or else Valorant always has doors open.
2020-10-12 15:46
#292

Pforzfox
Australian shuffle with Renegades incoming, I guess Best option for the team if at least some of the players want to stick together
2020-10-12 17:34
#359

el1teman
I think they will go separate ways. They know they failed produce results as well and as a player everyone wants to win. Cs is not marketable and does not attract sponsors or money. Major prize pool super low, orgs running negative like Astralis even tho they won a lot. Sad
2020-10-12 19:44
2 replies
#421
Vodka |

el1teman
there were reports about it. talkesport.com/business/astralis-group-r.. Also NRG Hecz spoke about NRG losing so much money on their CS:GO team (Cerq Brehze Daps Ethan one). The salaries are very high as well
2020-10-12 21:04
#412

mickdo
CS will be dead in 2 years TOPS. Valve such a shitter company LMAO, but what do you expect, they are headquartered right outside Seattle, Washington. Laziest and most liberal city ever, fueled by drug addicts and Starbucks drinkers.
2020-10-13 00:54
#438 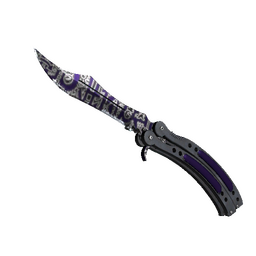