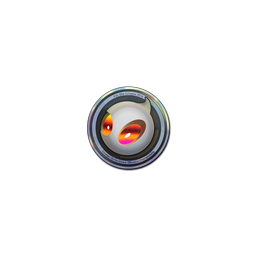 The North American team will be in Europe for ten days at first to compete in the BLAST Premier Fall Series at the end of October, HLTV.org has learned. EG will then return to their home region for IEM Beijing before traveling back to Europe for a second stint, which will last until the end of the season.

The news follows HLTV.org's report from early October about a plan to have the best teams from the two regions clash in a number of tournaments in the last two months of the 2020 season, which would see at least four North America-based teams stay in Europe for an extended period. Evil Geniuses will be in Europe for two stints

Evil Geniuses are the first to confirm that move. Liquid, 100 Thieves, and MIBR were all expected to do the same as the three other North America-based organizations partnered with BLAST, but it's unclear whether the Australian side will compete in the tournament organizer's Fall season after the 100 Thieves organization announced its exit from CS:GO on Monday.

It's yet to be revealed how this move will affect some tournaments outside of the BLAST Premier Fall circuit — which also features the Showdown at the end of November and the Finals in the first half of December — such as the currently regionalized DreamHack Masters Winter, for which TeamOne and Yeah have already qualified in the North American region.

Meanwhile, Flashpoint has already announced that its second season will consist of one tournament with teams from both regions, including Gen.G and MIBR, and ESL plans to end the season with the IEM Global Challenge, an eight-team $500,000 LAN tournament taking place in Cologne on December 15-20, featuring four European, three North American, and one CIS squad. dupreeh_deserves_no1
Finally the NA and EU teams will truly be able to share the same rankings. Now you can't really compare the regions. About time that changes.
2020-10-13 14:42
22 replies
#49

Phillip_Kinger
I dont think so. The teams is about the same level. Some day the NA team will win, another day will a EU team win. Just like evey damn year. Furia is right now extremely good, so they can be a though match for every EU team. Liquid and EG can both lose and win.
2020-10-13 15:23
16 replies
#131

kgdank
Well if they compete in the NA leagues but don't think they should be rated alongside the players in their tournament pools, where should they be rated? I'm not saying they're an NA roster, even though it is an NA org. I'm just saying, they compete in a pool with NA rosters, so it is logical to compare them to their NA contemporaries.
2020-10-13 18:38
1 reply
#217

DiscoNinja
Are you alright buddy? Almost everything you've said up to this point has been objectively incorrect lul
2020-10-14 01:13
#6
Luken |

2ocean
what's wrong with opened borders? the world is fucked up already, all countries have shit stats about covid like 7 people from USA can destabilise the whole health care system of Serbia lmao. Actually close borders are pretty retarded, I live in Russia and can't meet my gf and friends who live in EU for 9 months. Not sure if their or mine trip to Russia/EU would destroy everyones lifes
2020-10-13 15:55
3 replies
#128
Rob4 |

e_loK
Of course not, but people will still cross the border. Especially ex-yu countries since most of people have relatives there
2020-10-13 18:37
#32

CALM_BAITER
not expensive. belgrade top city, and pracc setup there is great, internet good and americans can travel to serbia without having to go trough quarantene now. teams either go to poland or serbia for bootcamp.
2020-10-13 14:47
11 replies
#67

hiko1majorfinal_zywoo0
Shut up lmao. “Belgrade top city”. The sole reason you got right is the quarantine part. Serbia is a shithole that still refuses to take ANY measures against covid which is why teams go there
2020-10-13 15:14
6 replies
#112

e_loK
What? Lol You know we have been quarantined for 2 months. We could leave our houses for most of the day. And then they lifted the restrictions cause of elections... We are still in good shape because we had such hard restrictions in the beggining. You cant go anywhere without a mask, and most people respect that, nothing works past 23 in belgrade and past 1am in smaller cities. We could still do a better job but, you know, economy...
2020-10-13 16:12
3 replies
#158

CALM_BAITER
chill kid. I see that you've never even been out of your favela. if you did I guess you would know that people can go wherever they want (if they get negative covid test), so they could have gone to sweden or germany too, but chose not to. secondly, ask coldzera why he decided to live in Belgrade and not Berlin or Paris LOL. third, google relog than come back
2020-10-13 21:05
#124
kissmyass |

YUB8
Same reason MIBR went there. They're not in the European Union, therefore they have their own restrictions, so american and brazilian citizens can go there.
2020-10-13 16:03
#184

vi4dinh0_the_silver_GOAT
EG is going to Europa because they dont want to lose to FURIA all the time If FURIA goes to Europa all teams will go back to NA running away from FURIA the PREDATOR
2020-10-13 15:06
6 replies
#86

DELUSIONAL_EliGE_FAN
losing to chaos when they were nonamers and nearly losing 5v1 vs grim. also lost to every tier 1 na team besides the odd map like the map mibr got vs faze yeah mibr sucked even in na
2020-10-13 15:04
2 replies
#89

DELUSIONAL_EliGE_FAN
those noname tier 3 na teams are just as bad as wisla krakow and galaxy racers. mibr legit almost lost to grim hardcarrying triumph on his own also can your jerman education read? i compared the times mibr won vs tier 1 na to the 1 map they won vs faze in cologne, aka a complete fluke because they went back to shit right after wow they managed to narrowly beat eg and furia once when they weren't in peak. they were already tanking in the rankings in na. also, didnt mention how mibr are 0-13 in maps with liquid as of late (the 3rd best na team rn) hltv.org/matches/2342405/liquid-vs-mibr-..
2020-10-13 15:13
#20

HLTV_OFFICIAL_WEEB
I'm surprised you chose New York of all places over states like Arizona, California, Texas, or New Mexico, all of which border Mexico and have a much higher Mexican populous.
2020-10-14 23:02
2 replies
#251

AcaNitro
Well it was just to prove a point ,although yes i agree i could have chosen a country with more Mexican population. Frankly ,i dont know even if in Us there is a place that you could say is similar to Kosovo , because yes ,there are more Albanians,but historically Serbs have history going back as far as 12th century. Honestly im not one of the crazy people that spews hate against albaninas,But There were a lot of destoyed monasteries and historical sites.
2020-10-15 13:23
1 reply
#252

HLTV_OFFICIAL_WEEB
There is definitely not a place similar to Kosovo that exists in the United States. Although, if we go by North America instead of just the USA, what Quebec is to Canada COULD be the closest thing to what Kosovo is to Serbia, though it's not a direct copy.
2020-10-15 21:06
#48

ofedefo
Cheap to stay for a long period of time, very good internet connection, great boocamping places, easy to travel from to any european city, Belgrade is decent city to travel as tourist so there is a lot of places to visit in free time and ofc americans can travel to Serbia without quarantine.
2020-10-13 16:14
2 replies
#143

hugoooo
The only European country that allows people from all over the world to come, very low coronavirus restrictions.
2020-10-13 16:15
1 reply
#151
airscape |

colbert^
I think they have low coronavirus restrictions which allow for people to travel there unlike most European countries currently.
2020-10-13 16:08
#132
dupreeh |

NiKoGOD4ever
Serbia is one of the lowest rate covid19 victims country, also is cheap and its located pretty much in the middle of Europe which guarantees a stable ping, internet connection is strong as well with not many mountains terrains to disturb the connection, also i think there is a hotel which is specially built for electronic sports so only pluses
2020-10-13 16:39
1 reply
#193
Daily Noob |

Gonginator
Whoa, LILMAN is their manager? I was wondering what he was doing these days after he stopped playing ESEA Invite with FNS and friends.
2020-10-13 18:03
#197

kza7
Finally get some good competition so the boys can improve more :)
2020-10-14 15:50
Login or register to add your comment to the discussion. 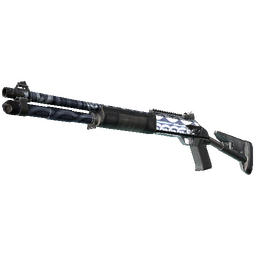