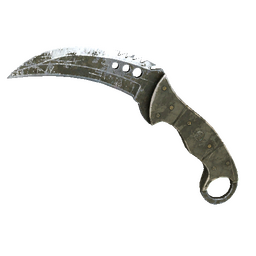 The MDL roster prevailed in a two-map series over the Brazilian hot-shots, dealing them their only loss of the group stage.

FURIA had entered IEM New York hot off a tournament victory, having swept 100 Thieves in a grand final just days prior to win ESL Pro League Season 12 North America. A flawless run through the group stage of IEM New York, including a second series victory over Evil Geniuses, had put Andrei "⁠arT⁠" Piovezan's troops at the top Group A, leaving them first in line for a semi-final bye heading into the playoffs.

New England Whalers, meanwhile, had come into the tournament fielding a stand-in, utilizing Brandon "⁠bew⁠" Roberts in place of Brendan "⁠Bwills⁠" Williams due to an early roster lock for the event, with one of their first matches seeing them fall 0-2 to EG. The Whalers still demonstrated good form as they dealt with the likes of Triumph and Rebirth in their group to assure themselves of a spot in playoffs, but it was a surprise victory over FURIA on the final day of the group stage that changed the overall standings, with Evil Geniuses taking the top spot and FURIA ending up as the third seed coming out of their group.

ben1337 and company surprised FURIA on Mirage and Nuke

bew and Ben "⁠ben1337⁠" Smith were at the helm of the Whalers' success on Mirage, with the team running up an 11-4 lead at the end of their offensive effort against the Brazilians. A pistol round victory and subsequent conversions in the second half offered FURIA brief respite, but it was not long before the Whalers brought an end to their map pick, 16-9.

Nuke was a closer affair as FURIA began to claw back, making up for an 0-4 start as they edged out a one-round lead by the break. Strong performances from Kaike "⁠KSCERATO⁠" Cerato and Henrique "⁠HEN1⁠" Teles helped FURIA maintain their lead after the break, with the team putting themselves moments away from a victory at 14-9. However, a comeback effort from the Whalers kicked off in full force, with the MDL team securing seven rounds straight to stave off their opposition and edge out the map win, 16-14, to take the series. |TheDarkKnight|
kinda bullshit tbh, furia rekt EG, now EG are before them with the same amount of points? Do they rank them by round differentials before going for head to head?
2020-10-14 00:21
6 replies
#18

rodrigo0079
that's how championship works, if you win, you are better than your opponent... maybe this is to much for your little brain with little to no interpretation capacity, but give it a try: WIN = +3 pts DRAW = +1 pts (not allowed, since bo3) LOSE = 0 pts FURIA, EG and Whalers = 4 wins, 1 lose = 12 pts each, which we call a DRAW (happens when the competitors have the same amount of points). For this case, we have something called the "Rulebook", which states what to do in case of a DRAW. Since this is a triple draw in points AND in head-to-head (since FURIA won against EG, EG won against Whalers and Whalers won against FURIA). For this case, they will account the number of maps won/lose, rounds won/lose, etc...
2020-10-14 18:57
#16

DELUSIONAL_NITR0_FAN
Clearly for strats. Kscerato awping, Art playing mp9 almost every round lul they're just chilling cause it aint that important ~
2020-10-14 06:08
1 reply
#53
Perfecto |

ttrtttrt
EG and TL are one of the best teams atm, Furia not so much. TL will destroy Brazilian noobs! Disband 2.0 incoming!
2020-10-14 15:50
Login or register to add your comment to the discussion.