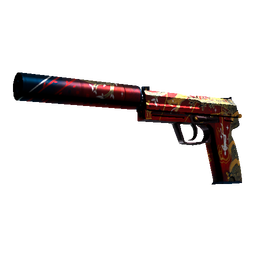 A total of 105 rounds were played to decide the victor of the IEM New York 2020 North America quarter final, with FURIA ending Liquid's hopes with a 2-1 scoreline.

The Brazilians earned their ninth victory over Liquid this year to hand the North Americans a 5-6th finish in the Regional Major Ranking event, setting up an Evil Geniuses - FURIA semi-final.

FURIA were unable to close Inferno after two sets of overtime, won Mirage after an overtime comeback, and finished the match on Vertigo after 29 rounds to conclude the marathon series. Liquid are out of the running for the tournament, but still have the fifth-place decider to play against the loser of New England Whalers and TeamOne on Saturday. HEN1 was a force throughout the series

FURIA's force-buy win allowed the Brazilian team to go 4-1 up on the CT side of Inferno, but good rounds from Michael "⁠Grim⁠" Wince and Jonathan "⁠EliGE⁠" Jablonowski enabled Liquid's early comeback. The score was 6-4 for Liquid when Yuri "⁠yuurih⁠" Santos secured an ace, with the half ending neck and neck: 8-7.

After another good start to a half, FURIA were up 11-7, but Keith "⁠NAF⁠" Markovic on the AWP inspired his team's comeback. The score was 14-12 in favor of the North Americans, but they struggled to close it out as FURIA's 3v5 win at 14-14 ensured overtime. After two sets of added rounds, Liquid managed to push it across the line, with Grim (1.26 rating) and NAF (1.54 rating) being the heroes in the win.

With a 9-1 lead on Mirage, FURIA bounced back from Inferno in no time, as Henrique "⁠HEN1⁠" Teles led them with a 16-3 K-D. As the half was coming to a close, Liquid finally figured out how to deal with FURIA's underpass agression, and recovered the half to 10-5 before switching to CT.

After edging out the pistol, Liquid managed to stop consecutive fast A plays from FURIA to claw their way back to an equalization on Mirage (10-10), with a nailbiter following for the rest of the half. A 1v3 clutch from NAF in round 26 proved crucial to Liquid's efforts in reaching 15, but just like on Inferno, they couldn't finish the map in regulation. The late-CT side slip up was enough for FURIA, who claimed Mirage in overtime to force the decider Vertigo.

FURIA seemed unstoppable as the final map kicked off, running up a 9-2 T-side lead before Jake "⁠Stewie2K⁠" Yip's side managed to tie two together. Grim's clutches helped Liquid get to a 9-6 half, with the pistol pushing them to equalize things at 9-9. As with the previous two maps, things got more tense as the map progressed, but this time FURIA was able to close out early, 16-13, after a streak of six rounds won from seven played. kick_adreN_from_liquid
it's always like that in liquid, when the match actually matters, either one of Grim, Twistzz or NAF will play like dogshit (stew already plays like shit everyday so it's not a surprise anymore) FeelsBadMan
2020-10-16 04:39
#49

Phillip_Kinger
This time Liquid actually did play better than Furia, and they fucked it up on Mirage with 2 or 3 stupid rounds where they just Went pushing.
2020-10-16 09:08
#79

DELUSIONAL_DIG_FAN
wtffffffffffffffffffffff i didnt even watch the end because of the 30 minute technical but fucking hell liquid you are dogshit
2020-10-16 10:46
#87
Kobe |

VARIANCE_IS_BUTTFUCKING_ME
Tactically I can hardly believe that moses brings anything compared to adreN. moses' only job is to be cheering and try to up their mood, and it has got them nowhere thus far xd
2020-10-16 16:58
#90
Farlig |

Ben100
gg Furia, nice choke again Liquid ffs... side note: Why do I have to either watch the games on mute or have to suffer through the likes of Hugo and Harry blabbering on about the game with zero insight. Just saying things for the sake of saying them. These two are tier 2 casters AT BEST, and now it seems they cast all tournaments.
2020-10-16 14:00
2 replies
#104
KRIMZ |