100 Thieves won a two map series against TeamOne in the IEM New York North America semi-finals to set up a grand final match against FURIA.

100 Thieves secured a spot in the IEM New York North America grand final in their last hurrah under the North American organization’s banner with a victory over TeamOne in a two map series on Train (16-12) and Dust2 (19-17).

Following this win, Justin "⁠jks⁠" Savage and company will face FURIA in a best-of-five final that will be a rematch of the ESL Pro League Season 12 North America grand final, which the Brazilian team took with a swift 3-0 sweep in the series. 100 Thieves got off to a flying start on Train, TeamOne’s map pick, winning the CT-side pistol round and taking an early 3-0 lead. The Brazilians won a 3vs3 afterplant situation on B, but the Thieves then chained another three rounds in a row. Bruno "⁠b4rtiN⁠" Câmara then clutched a 1vs3 afterplant on the A site to get another on the board before 100 Thieves took an 8-2 lead late into the half. The two teams went back-and-forth, ending 10-5 at the switch.

Aaron "⁠AZR⁠" Ward and company didn’t skip a beat with a rush down the B site lower ramp, overwhelming the CTs to increase their lead. 100 Thieves made it to 13-5, but struggled to close it as TeamOne brought it back to 9-13. Another B rush that gave 100 Thieves their 14th round, but the Brazilians kept closing in, 12-14, until a 1vs2 clutch by jks put his team on match point, after which he aced the following round to close it out 16-12.

Four kills by Matheus "⁠pesadelo⁠" Panisset on the CT side of Dust2 set TeamOne up with the lead early on. Up 3-0, Mario "⁠malbsMd⁠" Samayoa stuck a defuse to keep charging ahead, but three kills on long by Joakim "⁠jkaem⁠" Myrbostad the following round got 100 Thieves on the board. TeamOne struck back with desert eagles the following round to make it 5-1, but 100 Thieves brought it back to 6-7 despite the slow start before losing the last two rounds of the half.

Doubles by jks and Sean "⁠Gratisfaction⁠" Kaiwai made it 7-9 after the second pistol round of Dust2, as 100 Thieves went on to tie it up 9-9. Full of confidence, the Thieves took the lead and started to run away with their map pick, 15-12, but were unable to seal the deal as TeamOne pushed it into overtime.

100 Thieves laid down the law in extra time, as a 2-1 partial in the first half was followed by a 1vs2 clutch by jks to hit match point. TeamOne brought it back to within one in the last round, but were unable to take it to a second overtime as 100 Thieves took it to secure a spot in the IEM New York grand final. Mia_Khalifa_0_forehead
another final vs Furia for 100t. Lets see how they go this time, hope they can have a strong showing. I think now that 100t is going, the players really owe it to themselves to show how good they are. I think azr and jkaem would be safe pickups, but grat and liaz have a lot to prove now if they want to stay international. Imo they're both great players, keep in mind they're still some what new to international play.
2020-10-18 00:09
3 replies
#47

Denial123
Nadeshot is more about content and 100t don't really have personality's if the team was going last every tournament but all of them had yt channels with a viewer base nadeshot would keep them.
2020-10-18 02:55
1 reply
#94
f0rest |

Beard43
Yeah the boyyyyys! Great to see them enjoying the game and making two consecutive grand finals in the largest NA events. Will be really sad to see what is probably their last game together tomorrow. GLHF lads!
2020-10-18 00:23
#39 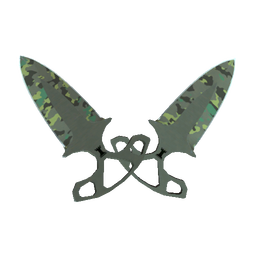