The Regional Major Ranking event's group stage has concluded as eight teams will start the playoffs in the upper bracket and four in the lower bracket.

The final day of action of the DreamHack Open Fall group stage saw the four groups' deciding matches play out and determine who gets to join the group winners in the upper bracket and who has to start their playoffs campaign from the lower bracket.

G2, fnatic, NIP, and GODSENT placed second in their respective groups after winning their deciders, leaving Heroic, OG, Sprout, and FaZe in third place after all four series came down to the third maps. With the seeding decided, the playoffs bracket has been set. The first two matches of the double-elimination bracket will witness two rare matchups between Astralis and GODSENT and North and fnatic, before BIG face a rather familiar opponent in G2 and Vitality take on NIP for the staggering twelfth time in 2020. Meanwhile, the group stage's third-placed teams await their opening encounters in the lower bracket.

The playoffs will kick off on Monday and will run for the rest of the week until the winner is found in Sunday's grand final series, a match that will not only determine who gets the grand prize of 2,500 RMR points and $33,000 but also a coveted spot at Cologne's IEM Global Challenge LAN event.

The schedule of the first three days of the playoffs looks as follows:

You can see what the rest of the schedule of the last RMR tournament of 2020 looks like in the tournament page.

Asger 'Farlig' Jensen
Time is adjusted to your selected timezone

Kon10R
This "ez" thing on hltv ... Good heavens. Top #20 can beat each other any day these days, right? Ence and Mouz took an early exit, Heroic struggling, and we saw NaVi losing today as well. Juzz DON'T give me the "ez" babble. It makes me on the verge of throwing up. Astralis? Maybe favorites ... but now even North and the top two French and Swedish teams are showing "teeth" after a bit of a slump. Congrats on German cs doing well, but SKIP the "ez thaeng", pleezzz ...
2020-10-18 02:24
4 replies
#41

SebL
They look like another era is coming I think. NaVi is not even close to their level, FURIA could be dangerous. However don't say that they always will be in the place they are now because it's not so sure.
2020-10-18 13:46
4 replies
#55

SebL
I can believe in that and I think a lot of ppl would agree with me, but I understand that you might not expect it. I think they can make a same era like they had before, maybe even better. I have a good feeling that we didn't see the strongest Astralis yet.
2020-10-18 13:56
2 replies
#57 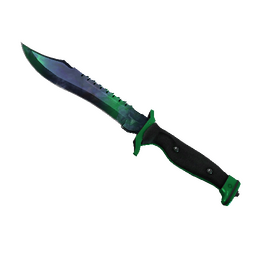