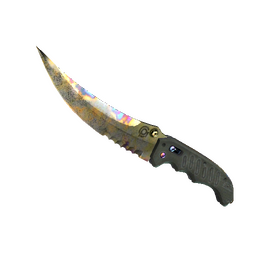 The Danish team picked up their second title of the season after a miraculous lower bracket run.

Heroic took down Vitality 3-2 in the grand final of DreamHack Open Fall, winning 2500 Regional Major Ranking (RMR) points and assuring themselves of a spot at the IEM Global Challenge in Cologne, scheduled for December 15-20 in Cologne.

The Danish team showed incredible resilience and intensity in this slugfest that lasted over six hours. They came back from a map down and closed out the series in style with a blowout of a Mirage game, where Casper "⁠cadiaN⁠" Møller produced one of the best performances of his career with a 2.08 rating. It was a fitting end to a remarkable lower bracket run that saw Heroic survive five elimination matches before repeating the ESL One Cologne final victory against the Frenchmen.

"The tournament started pretty rough for us, I think it was one of the most insane comebacks in a tournament that I have at least witnessed in my fairly long career," cadiaN said after the match. "We started in the lower bracket and we made it all the way to the top. I'm so proud of the boys. Who would have thought that we could make this achievement? When we won Cologne, everyone was like, 'there is no way they are going to win another trophy', and here we are. We did it again. I'm so happy."

Mathieu "⁠ZywOo⁠" Herbaut opened up the action on Overpass with a trio of kills to help kick Vitality into the lead on their map choice. Heroic responded after buying up as they put together five rounds, with their streak then coming to an end as Kévin "⁠misutaaa⁠" Rabier added four kills to his name. The rest of the half was controlled by the French side, who went into the break with a three-round cushion following a beautiful 1v2 clutch by Dan "⁠apEX⁠" Madesclaire in the final round with a well-placed Molotov. cadiaN ended the series in style with a 30-bomb

Vitality looked intent on locking down the map after switching to the CT side as they held the Danes back during the early stages of the half, bringing the scoreline to a 14-7 advantage. The game appeared out of reach for Heroic, but then the Danes upped the pace and gradually took the upper hand. Nikolaj "⁠niko⁠" Kristensen kept his team in the game with a jaw-dropping 1v4 clutch in the 24th round to inflict a damaging blow on the Frenchmen, who were unable to prevent the game from going to overtime. Despite the setback, Vitality remained calm and collected, picking up two rounds in both halves to secure the map, with Richard "⁠shox⁠" Papillon being the hero with two key plays.

Nuke began with aces from René "⁠TeSeS⁠" Madsen and cadiaN as Heroic took an early lead on the offensive side of the map. The landscape of the game changed dramatically once Vitality had money in the bank, however, as the French side were in control for the remainder of the half — apart from a brief period in which the Danes strung three rounds together.

Heroic hit back after switching sides, restoring parity at 9-9, but then Vitality chained four rounds together to build a solid lead and amp up the pressure on their opponents. With very little room for error, the Danes tightened up and reached map point at 15-14 before their opponents responded for another overtime. The first set of extra rounds could not determine a winner, but then Heroic pulled through thanks to a 2v5 by Martin "⁠stavn⁠" Lund and TeSeS in the final round to equalise the series.

ZywOo came to life in the first half of Inferno, racking up 17 kills as Vitality secured a 9-6 lead after a solid first half in which they were always one step ahead and kept Heroic from stringing rounds together. The No.1 player of 2019 further added to his tally with a trio of kills in the following pistol to put Vitality on double-digits, but then things fell apart for the French team. Heroic took the game by the throat and did not let go, locking down the map in convincing fashion after going on an impressive 10-1 run.

Things looked dire for Vitality as they went into Vertigo, one of their least-played maps in the past three months — just five times, the last three of which had ended in defeats. The French team had a slow start as Heroic took the game to them with some impressive multi-kills by stavn, but they improved as the half wore on and managed to bring the deficit to a single round before the break.

Now playing on the CT side, Heroic further added to their lead with a clean pistol round, but their defense was heavily exposed once Vitality had money to work with. The Danes were outclassed and out-fought for the rest of the half as apEX's charges ran riot during this one-sided half, winning nine rounds without response to take the series to an all-deciding fifth map.

Vitality came out the brighter of the two sides on Mirage, but their flame was extinguished once the game hit the gun rounds. Heroic put their fearsome double AWP setup to use and kept the French players at bay to grab a commanding 10-5 lead, with cadiaN ending the half with an 18-3 score. The Danish in-game leader continued his brilliant form in the second half with 13 more frags to his name as Heroic continuously cut through the French defence with ease. RichardSchitt
he doesn't speak because the team would be forced to forfeit if he did speak do you even know what the coaching ban was? coaches got info that they weren't supposed to have, and gave that info to their players, so the players were cheating too. do you live under a rock?
2020-10-28 19:07
2 replies
#159

Fluxie_CB
Perhaps Astralis, the team to win the most recent major, and the 2 that came before that? I know this is all online and results are going to be extremely mixed compared to LAN, so they have to determine what teams are worth getting to the major, but it's illogical for the previous major champions to not have a legends spot. It's almost as if everyone is playing in the minor to qualify.
2020-10-26 18:00
#28

SebL
Heroic is looking good, they surprised me a lot, with small changes this team might become maybe even one of the best in history. Vitality is showing some potential, the core of shox, apEX and ZywOo can still make a good team together I think.
2020-10-26 02:00
2 replies
#84

Booya
this stupid community trash talking 24/7, no matter who is on the bottom of the scoreboard -> lol low disband omegalul Yesterday i read comments like "Heroic hit mediocre but they´re so low brain" ... just imagine some low shitnap on HLTV think he is more clever than the team winning 2 Tournaments this year against the Best Teams in the World ... this dude will get knived even on top1000
2020-10-26 10:19
#52

Evil_DaviD1
And where he'll go? Only teams which are better than Vitality are Astralis, Heroic and mb FURIA and EG. They doesn't need ZywOo at all. And i doubt that he'll ever leave from French team.
2020-10-26 10:03
#58

Navi_Fore_Ever
How many times did cadian beat zywoo in awp battle yesterday so pathetic to even think. Anyway French team in finals is always a win to opposite team. 1 min silence for those who taught Vitality gonna win..
2020-10-26 05:23
#66
dexter |

Rene_Gade
Wish it was astralis but glad it was heroic over vit. Hate all the "best player in the world" crap about zywoo the casters should work on their craft more. Rounds matter more than frags and always have. Nobody remembers the kds from tourneys. Only who won.
2020-10-26 06:03
4 replies
#67

ZinedineZyw0o
Well zywoo is the best player in the world, only s1mple can keep up with him, keep in mind its basically zywoos 3rd year in pro cs, the 2nd one in tier 1 cs The difference is just that heroic has insane talent and a really good looking cadian who really impressed me this year, i never thought hed be that good, isnt he igl as well? Insane! But yeah heroic has cadian + 4 insane aimers with brain while zywoo plays alone most of the time...
2020-10-26 09:39
2 replies
#128

|Metric|
Jesus Christ, Heroic the most underwhelming flip flop team.. whenever Heroic is in grand finals, it just instantly kills any interest I had in watching that. Bunch onliners... Now we get to watch this shit in iem global challenge as well, what a fucking shame.
2020-10-26 07:57
2 replies
#96
syrsoN |

ZinedineZyw0o
Playing for zywoos kd, zywoo literally first guy in on both sides trying to carry old players who cant keep up with heroics aim and reaction time:)
2020-10-26 09:41
#91
Ax1Le |

ZinedineZyw0o
Vitality and heroic both have the potential for a deep major run but astralis is propably going to win it cz they are used to playing under huge pressure
2020-10-26 09:43
#108

Karlogaria
One of the best series of the year. Great showings from both teams, which don't have tier 1 history, but definitely sit at the top of the world at the moment. Never really been into Heroic's players' records, but this cadian is surely a prodigy
2020-10-26 12:44
#143
FoDa |

Im_Just_In
There will be a day when Vitality realises that APEx is nearly a trash player and on same level as human being...one day. Cadian? Surprise only for those who are clueless about this game... GG Heroic
2020-10-26 13:03
#146
f0rest |