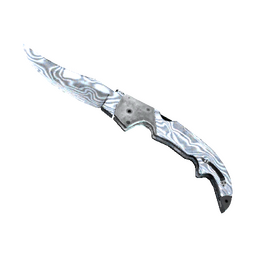 The two-time Major champion is expected to return to his old team, at least for the upcoming tournament.

Olof "⁠olofmeister⁠" Kajbjer will be FaZe's fifth player in the BLAST Premier Fall Series, according to a report by Cybersport.pl. The 28-year-old will link up with his old team again as a replacement for Nikola "⁠NiKo⁠" Kovač, who is edging closer to a move to G2 as reported by HLTV.org on Saturday.

olofmeister has been out of action since May, when he stepped down from FaZe to recover from fatigue. He has been seen practicing with the team on Monday as they prepare for their first match in the BLAST tournament, against BIG on Thursday. The news all but confirms that NiKo has played his final game for FaZe, whom he joined from mousesports in February 2017. The Bosnian star is expected to take François "⁠AmaNEk⁠" Delaunay's spot in G2, who will make their first appearance in the BLAST tournament only next week, against FURIA.

According to the report, FaZe will field the following lineup in the BLAST Premier Fall Series:

Faust_fSt
Remains to be seen how G2 will work out, but FaZe would certainly be a solid team if they kept Olof and replaced Baitzera with a legitimate support rifler or a proven IGL.
2020-10-26 16:55
5 replies
#271
s1mple |

TheKaiser
Yeah, apparently some people can't just accept an org having different plans than what those people are thinking.
2020-10-27 15:05
#30

Lucidbro
Niko's a great fragger but remember he was averaging 0.93 rating before Cold and Broky came in. They structured the entire team to play around him and everyone else's ratings went down as a result when his went up. So it's not that simple. When u have a team where 5 guys are able to take over any game it doesnt make any sense to just play around 1 guy.
2020-10-27 13:46
#55
NiKo |

terabaapbc007
This completely contradicts what Niko said on stream. He said that olof is clearly not coming back to Faze clan. Plus, if this happens, Faze are gonna be in the bin because they will lose their best player. Idk man.
2020-10-26 15:41
6 replies
#102

dogtown
Get fkd, most faze fans were around before niko even became irrelevant. In my opinion I wish he was kicked instead of Karrigan, fazeup for life. I’m glad niko is gone, he’s been the cancer of this team forever. ALSo welcome back to the king Olof. He’s 100x more important then niko will ever be.
2020-10-26 20:20
2 replies
#381

SWARN151
They should've gotten AZR. They desperately need a good IGL, even if the IGL is not the best fragger. Faze have more than enough firepower. They need someone to guide them. Olof is a temporary replacement I understand, but they need a proven IGL, and it seems AZR is the only option available.
2020-10-26 16:10
6 replies
#242
GuardiaN |

p_nilly
Pretty sure the recent articles about AZR said he was open for a Europe move. Will be interested to see if olof's still got it now he isn't in a support role. AZR to FaZe seems very likely. The only other IGL that might be worth it is FalleN
2020-10-26 19:46
2 replies
#370
GuardiaN |

frenchpig
I know rain is an entry fragger but could he possibly igl? he has a ton of experience and knowledge and if everyone else could frag might be okay. just get cold to entry
2020-10-26 16:23
#200

FAZE_FAN_FROM_EU
Yes return of GOATLOF is here. Even tho it’s just for one event, this team without Niko could perform better because it will be more toxic free. I hope they do great and olof stays.
2020-10-26 16:33
#221

StraightOuttaBurkinaFaso
I am really excited about a olof comeback even if its only a standin if the system works with olof maybe even how little the odds are he will stay in the roster
2020-10-26 16:40
#230

Aaron1822
The amount of time it took faze to realise the real problem is hilarious. I hope now they get an actual igl instead of giving that role to baitzera otherwise it's not fixing the problem again.
2020-10-26 17:13
#275
FalleN |

Brazy
FaZe didn't lose NiKo. Everybody acting like he went to G2 for free, lmao, they got $$$$$$ big time. And they didn't have to purchase olof's buyout clause in any way, they got him back for free. FaZe got the W here, they still got T1 players and cold can finally shine. Curious about the new roles as most likely FaZe has to restructure now.
2020-10-26 17:40
#301

knowledgeAAA
If olof reach his peak level, he is better than hunter and i am sure without niko he will perform 10 time better and can play according to his playstyle
2020-10-26 20:26
#325

knowledgeAAA
Anyways olofmeister is legendary player with legandary plays and he deserve spot in faze. Faze will do much better with this lineup, niko was such trash igl and he was not using these stars to their max potential, he was trying to be rambo and making other 4 teammates looks idiot, under his leadership style which was totally around himself
2020-10-26 18:12
1 reply
#457
olofmeister |

Paiba
if they have a IGL that have a good plan they can actually be really good Rain is a solid player, cold is great, broky is a rising star idk about Kjaer, we gotta see how they will change the positions at the team Welcome back, olof!
2020-10-26 18:31
5 replies
#385
CeRq |

RoDaK
yes he's still a major MVP and yes he still has good aim but watching faze play recently, some of his decision making makes me cringe, just the stupidiest decisions sometimes. not saying he's stupid or anything just weird man
2020-10-26 22:02
2 replies
#403

candymau
Waiting for the -YNK. I like him as analyst ONLY. Really good read of the game but it seems he cant translate it as coach to his players. When he was in MIBR I had the same feeling. As a coach, YNK has proven until today to be a paycheck stealer. Sadly. Perhaps he was unlucko with 2 stubborn IGL? Dunno...
2020-10-26 18:35
#341

Miiiiiiighty
They should have removed kenny S tbh. He is average at best now, and inconsistent AF. Just boot him and make NiKo the primary hybrid AWPer a la s1/ZywOo/devve. He would excel at that.
2020-10-27 01:16
#391

SavageSven
Never been a fan of FaZe, but now with a full Scandinavian roster +Coldzera, I'm kind of getting a hard-on for this roster But the second someone makes a Swedish, Danish, Norwegian, Finnish, and 'other Scandic region' nationality team, I'm switching immediately. Icelandic, Estonian top two, Latvian and Lithuanians welcome. Also English. AleksiB replace Coldzera and FaZe will be God-tier???
2020-10-27 05:54
#429
device |

JW_3_majors_s0mple_0_majors
Lol I never said it would be a good move for g2. I'm almost certain faze will improve with niko out of the picture, but they still need an IGL, Cold or Olof aren't good IGLs. But Niko sucks the life out of every team he plays with, I don't think any team will improve with him in it.
2020-10-27 16:58
1 reply
#475
GuardiaN |