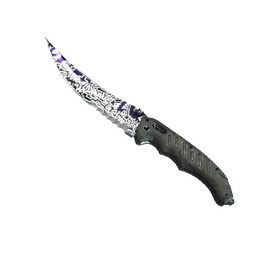 Natus Vincere took out NiP on Inferno (16-12) and Train (16-13) in their BLAST Premier Fall Series opening match to secure a spot in the Group 1 upper bracket.

Natus Vincere start their BLAST Premier Fall Series run with a win against NiP, and will now make their way through the Group 1 upper bracket, where they will face the winner of Evil Geniuses vs. OG, while the loser will fight Björn "⁠THREAT⁠" Pers’s men to keep the hope of qualifying straight through to the Fall Finals without having to go through the Showdown.

Aleksandr "⁠s1mple⁠" Kostyliev was key to Natus Vincere's success against NiP with a 1.49 rating, bouncing back from an uncharacteristic dip in form in the last two IEM New York CIS matches, which he ended with a below-average rating. "I wanted to be ready individually to see that I can play my best game," the Ukrainian star said in the post-match interview when asked about his performance.

Before their opening BLAST Premier Fall Series bout, Natus Vincere and NiP finished their respective Regional Major Ranking (RMR) tournaments in fourth place. The CIS side lost to IEM New York CIS champions Virtus.pro in the semi-final before forfeiting the third-place decider to Spirit, while the Swedes fell to the two DreamHack Open Fall finalists, Vitality and Heroic, in the upper bracket quarter-finals and lower bracket final, respectively. s1mple was in tip top shape against NiP with a 1.49 rating in the series

Tim "⁠nawwk⁠" Jonasson downed three CTs in the opening pistol round on Inferno to get his team on the board, but the Swedes were stopped the following round as NAVI took the forcebuy with doubles by Denis "⁠electronic⁠" Sharipov and Kirill "⁠Boombl4⁠" Mikhailov. NiP won their first gun round with a play on A, but quickly found themselves down 2-7 in subsequent rounds, and although they were able to get within one point of tying it up, they eventually finished the half down by three, 6-9.

Simon "⁠twist⁠" Eliasson downed three with the USP to make it 7-9, and two rounds later nawwk single-handedly won a 2vs2 afterplant situation to get the tie. Down 10-11 Natus Vincere won map control and played a late A execute, which they won with two clean entries on the site to bring things back to even. The CIS team then entered the B site equally as clean the following round to retake the lead, imposing their will late in the map to take it 16-12.

NiP took the lead on NAVI’s pick, Train, on the favored CT side, but s1mple and company tied it right back up after four rounds before taking the lead against a hard eco in the fifth. Doubles by Nicolas "⁠Plopski⁠" Gonzalez Zamora and Hampus "⁠hampus⁠" Poser in a forcebuy made it 3-4. The two teams struggled to gain control, going back-and-forth, but NiP broke the attacking team’s economy to go up 6-4 before closing the half out 9-6.

The Swedes flooded the A site with glocks to hit double digits in the first round of the second half, going on to win three rounds before back-and-forth rounds ensued with the Swedes trying to switch up the pace, but NAVI gained control on the defense, not wanting to let go of the map. After tying it up 13-13 the CIS squad kept their momentum going on to close the series out 16-13 and secure a spot in the Group 1 upper bracket.

SebL
NaVi is showing some potential, with small changes they still can be one of the best teams in the world. NiP is looking really good, unlucky match for them.
2020-10-26 20:53
#94
FalleN |

EmErAJID
200 IQ move performed by NaVi. Pretended to have a decline at the CIS tournament and prepared strategies for BLAST. Hello from overiqed B1ade.
2020-10-27 11:52
Login or register to add your comment to the discussion.