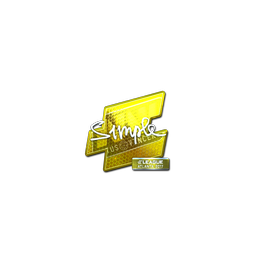 Next year's event circuit will begin in February and will culminate in the Global Finals in December.

BLAST has laid out its plans for next year's BLAST Premier circuit, which will kick off on February 4, exactly three weeks after the end of the 2020 Global Finals. According to the tournament organiser, over 100 teams will be competing in BLAST Premier 2021, including the 12 partner organisations, "through an evolved qualifier series of events and competition format."

BLAST has also reaffirmed its commitment towards building a more sustainable event schedule for teams and fans alike. It has spread its competitions throughout the calendar as it looks to minimise clashes with other tournament organisers and tackle the issue of player burnout. “It feels great to bring positive changes to our second year of BLAST Premier as we continue to work for a better schedule for teams, players and everyone working in the circuit," Nicolas Estrup, Director of Product and Experience for BLAST, said in a statement.

"We are committed to helping decrease player burnout and ensure that players have more breaks over the course of a year and have planned our events and dates with this in mind."

BLAST Premier 2021 will have two seasons, each with three different stages: Series, Showdown and Finals. The seasonal champions and the top teams according to a ranking that also includes results from other tier-one events will qualify for the Global Finals, scheduled for December 14-18.

It is still unclear which team will be taking 100 Thieves' spot as a BLAST partner for 2021 after the North American organisation decided to withdraw from Counter-Strike just days before the start of the Fall Series, which is being held online because of the coronavirus pandemic.

Below you can find the 2021 calendar for BLAST Premier:

Some of these dates clash with ESL events that have already been announced for next year. BLAST told HLTV.org that ESL will soon announce some minor changes to its schedule for 2021.

BGS
These sport leagues have had pretty good success at containing the virus considering how many players and staff there are on any given team. Doesn't seem impossible to do it for CS considering there are 5-6 players max plus what, 1-5 staff at any event for a single team. The big issue is that unlike these sports leagues I don't think Blast or ESL is working with billions of dollars where they can postpone games/alter the schedule if a case pops up. They would not only have to postpone the rest of that specific days matches but would almost certainly cause most teams to have to forfeit as they aren't carrying a back-up. Will be interesting and if it happened with no fans I would be willing to pay a small fee for some cool subscriber content from on the scene that isn't shown on Twitch.
2020-10-29 02:37
3 replies
#49

cyLoL
The sports teams also have their players getting COVID tests every week and the players are staying “quarantined” by not going out and socialize I don’t think any csgo player will submit to that they all want to go club
2020-10-29 12:18
2 replies
#53

BGS
UM CS:GO TO's would need to test players and enforce players to stay in their areas or risk expulsion from said tournament. The NBA did it to one of their players. It wouldn't be the TO job to watch over the players but they can surely punish anyone they find out who breaks the rules. It isn't easy but if you want a lan tournament that's what theyll need to do.
2020-10-29 16:27
1 reply
#57

blameF_biggest_fan
Sorry but god sjuush wins showdown qual men))))) Sad that ml & havu should face each other at elimination game tho
2020-10-28 23:54
#14
TheEntireNationOfKenya |

DELUSIONAL_DIG_FAN
making the best of what they can after esl just shat on the calendar by making all their tournaments longer.
2020-10-28 23:48
1 reply
#24
TheEntireNationOfKenya | 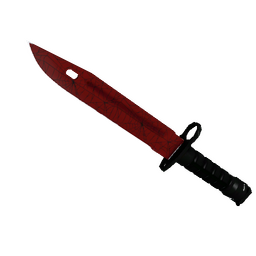