The Brazil international has blended experience and youth in this team, which will try to take the Spanish scene by storm.

Real Madrid midfielder and Brazil international Casemiro has confirmed the creation of his own Counter-Strike team, called CaseEsports. The squad, headlined by former Tempo Storm duo Denis "⁠dzt⁠" Fischer and Paulo "⁠land1n⁠" Felipe, has been in Europe for several weeks now and will be based in the Spanish capital, where its gaming house and office are located.

Former INTZ and Imperial member Felipe "⁠delboNi⁠" Delboni is another familiar face in the lineup, which will be rounded out by two players who came through FURIA Academy: Yan "⁠yepz⁠" Pedretti and Vinicius "⁠n1ssim⁠" Pereira.

land1n is one of the team's veterans

"This team was created out of a hobby of mine that I really enjoy," said Casemiro, who is often seen playing CS:GO alongside Marcelo "⁠coldzera⁠" David, Gabriel "⁠FalleN⁠" Toledo and Brazil teammates Neymar and Gabriel Jesus. "I wanted to take it to a professional level, and just like in my career, I want them to be the best. I know that creating a new team and winning titles will take time and require a lot of work, but I hope that the players and the fans will really enjoy this project."

According to the announcement, Case's short-term goals are to "quickly grow in the Spanish CS:GO scene and secure spots at important international tournaments". The team will be competing in the qualifiers for DreamHack Open December, a $100,000 tournament that was announced earlier this week. Slovenian_cunt
now it is considered part of the major but it wasnt like that for many years so when people say major they usually mean the legends stage
2020-10-30 14:47
#256

BlueLighting
looking for this angle, yeah pretty cool, it must be really satisfying seeing something you create from zero being big someday
2020-10-29 23:53
#128
coldzera |

YourPesadelo
Yeah he switched when his contract expired, you need to remember that Furia's contract with Nike is younger.
2020-11-02 17:04
#6
ableJ |

RTORRES27
I think this team looks average. landin is very good, delboni and dzt are average and nissim and yepz are totally unproven even in brazilian local scene.
2020-10-29 21:36
#38

yurisales
For eSports in general it's huge when it partners with traditional sports. PSG has a dota2 team (with LGD), some other team like Betis are also in eSports.
2020-10-29 22:08
#96
misutaaa |

LeDiplomate
Yo le noob, I don’t think you really know the EU scene then. To even access these 20-50k tournaments you gotta play as a top 80 team in the world, which this team has no chance of ever becoming unless the 2 Furia Academy youngsters turn out to be very good. Look at Sharks when they were in EU for instance, they struggled even tho they are in top 3 teams in SA (with BOOM and Isurus). And Sharks were waaayyyyy better than this roster could ever get.
2020-10-30 18:09
1 reply
#266

esanchez47
Man, in all order of things, especially in business, if something doesn't profits, it just shuts down. Investors aren't that stupid. So i guess all the pro scene not falling apart (even in this full year of covid shit) is just an illusion, and there's no money of brands, sponsors, etc.
2020-10-30 14:25
1 reply
#222
tabseN |

Ger_1_Einstein_World_0
investors are stupid cuz they will never see their money again. They are rich people who don't care about millions. Or what I guess more they use tournaments to wash money. I believe Blast does it... with their weird connections to Saudi Arabia. And all the bet cups.. But as a footballer player unlike you are Messi or Cr7 you should take care of your money. They are many poor ex-pros, especially from brazil. Ailton broke, Ronaldinho broke Ronaldo broke. The scene was 2009 nearly dead. ESL only big eSports tournament org at that time was nearly broke cuz of the crisis. eSports live from marketing money and the first things companies shutdown is their marketing pool when a crisis comes.
2020-10-30 14:49
#123

LeDiplomate
Yo le noob, Yeah, if they somehow play against Riders in the first round, we already know that the team who plays the winner will get a free spot in the third round lmao.
2020-10-30 18:13
#126
coldzera |

Please_FaZe_dont_choke
Honestly it is fantastic seeing big names coming into cs out of passion and investing important amount of money. Makes the competitive environment better! Good Luck, hope it turns out well and more will follow Casemiro's example
2020-10-29 23:52
#140
Snappi |

CloakedPigeon
Oh shit there clips are ass I literally wouldn’t clip that shit if I did it. Honestly get rid of this yepz bitch and put me in there I’m actually no cap better then him
2020-10-31 08:40
#261 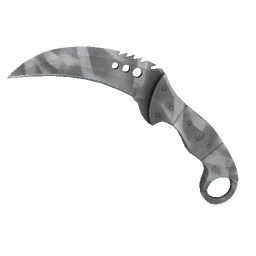