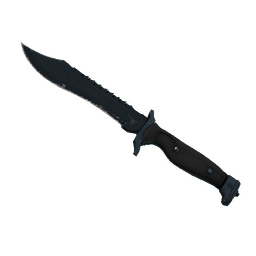 ESL has revealed the schedules for the four regional tournaments that will comprise IEM Beijing-Haidian 2020.

IEM Beijing-Haidian is kicking off on November 6 with the first round of opening matches in Europe and North America. The smaller Asia and Oceania tournaments will join in on Friday, November 13, and all four regional online events will conclude with best-of-five finals on November 22.

The 16-team European event will feature the largest pot, with $150,000 up for grabs, followed by the eight-team tournament in North America, with $70,000 on the line, and the four-team contests in Asia and Oceania offering $30,000 apiece. On top of the prize money, the winners in Europe and North America will earn a spot at IEM Global Challenge. Vitality will open IEM Beijing-Haidian against Spirit on Friday

The European event will feature two matches per day throughout the tournament, as sixteen teams have been divvied up into two groups that will play out a double-elimination bracket with the top four teams from each group proceeding to the single-elimination playoffs.

Both groups have two top-5 teams, Vitality and Natus Vincere in Group A, and Heroic and Astralis in Group B, although the stacked event will have a plethora of teams fighting for the crown, including the likes of OG and BIG, who recently secured spots at the BLAST Premier Fall Finals.

In North America, where one match per day will be played, the eight teams have been divided into two GSL groups, from which the top two in each group will advance to the single-elimination playoffs starting in the semi-finals.

Evil Geniuses, who stumbled in their Europe trip with two losses against NIP and OG in BLAST Premier Fall Series, will hope to bounce back on home soil, where they and Liquid are the favorites to make it to the IEM Beijing-Haidian North America grand final.

Asia and Oceania will each have their standalone four-team tournaments, which will feature double-elimination playoff brackets with all matches played BO3 except the grand finals, which will be BO5 with a map advantage for the teams coming from the upper bracket.

In Asia, TYLOO will be fighting to regain their hegemony after a 13-match winning streak in head-to-head clashes was broken by ViCi in the PAL Asia upper bracket final, which Andrew "⁠Kaze⁠" Khong and company went on to win with a grand final victory over TIGER.

Meanwhile Renegades will be looking to maintain their iron grip on the Oceania region, where they have won the seven events they've played during the online era. At their last tournament, ESL Pro League Season 12 Oceania, they swept ORDER, their closest competitors, in both the upper bracket final and grand final

The full schedule for all four IEM Beijing-Haidian tournaments, kicking off on November 6 with the first opening matches in Europe and North America, and ending on November 22 with the four grand finals, is the following:

Group A lower bracket round 1

Group B lower bracket round 1

Erik 'penny' Penny
Time is adjusted to your selected timezone