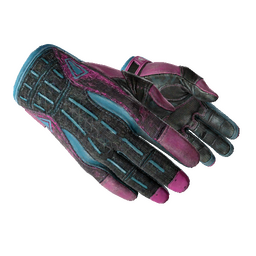 The Swedish coach will continue working with the team through 2023.

NiP have announced that coach Björn "⁠THREAT⁠" Pers has signed a new three-year deal with the organisation. The 32-year-old has been an integral part of the Swedish team's rebuilding efforts following the departures of some of its longest-standing players in late 2019 and early 2020.

THREAT, who represented teams like fnatic and Lions during his playing career, returned to NiP in October 2019 after a first coaching stint in the organisation between 2016 and 2018. He was initially brought in as a strategic coach but ended up taking the reins from Faruk "⁠pita⁠" Pita in January 2020. THREAT has signed a three-year extension with NiP

"Returning to the coach position at the beginning of the year was a tough decision but I believe that with NiP’s new structure and direction, we will be able to finally get Sweden back to the top of CS," THREAT said in a statement. "I want to thank NiP for this opportunity to continue working with my biggest passion."

THREAT's development efforts have included overseeing the signing of two players in 2020, AWPer Tim "⁠nawwk⁠" Jonasson and in-game leader Hampus "⁠hampus⁠" Poser. And while results have been mixed, NiP sit third in the European Regional Major Ranking (RMR) table and had top-four runs in two of their last four tournaments, ESL One Cologne and DreamHack Open Fall.

"I am thrilled that THREAT has trusted us with the next three years of his career," says Jonas Gundersen, NiP's Chief Operating Officer. "He’s one of the most knowledgeable coaches/IGLs in the history of the game, and embodies the values we treasure at NiP.

"Our vision of building a modern, top tier esports organisation, is centred around providing the best support, empowerment and performance environment for the top tier talent, both coaches and players, and I fully believe that this combination will be the foundation of championship-winning teams at Ninjas in Pyjamas for decades to come."

NiP have also expanded the CS:GO squad's staff with the addition of Danny "⁠mahone⁠" Hsieh as an analyst. The Canadian, who played for Prospects in ESEA MDL Season 28 and recently launched a video series on Youtube called "Understanding Team CS", will be responsible for researching opponents and assisting THREAT with improving the team's playbook.

Decker24
Coach won't get effected by form, If he somehow find a way to flop that hard they can always transition him into the old analyst type of role. Sure 3 years is a risk in any esports, but it's a reasonable one
2020-11-13 17:40
2 replies
#62

MOUZ_didnt_ruin_STYKOs_career
3 years? Isnt it too much in esports? Does anyone remember that 5 years deal furia closed with their roster? And after 4 months ablej was benched, and he ended up retiring
2020-11-13 17:08
1 reply
#22

StraightOuttaBurkinaFaso
threat is insane I hope there will be a roster change I want to see other swedish players in nip
2020-11-13 17:19
6 replies
#39

JDRhys_
I Think the roster rn is fine, I think a better change would to add a sports phycologist or something similar to increase stability in the team as they clearly have what it takes to win against the top teams
2020-11-13 19:17
3 replies
#54
Lobanjica |

BlixtenMcGregor
This NIP lineup is sick, it's just that they are a bit young and unexperienced so when pressure gets to them in semis and such they attend to choke.
2020-11-14 22:16
#51
REZ |