The 'Colossus' lost their second straight match and are out of the running for a playoff spot.

OG are through to Group C's consolidation final in Flashpoint 2 following a 2-0 victory over Cloud9. Without a single map victory to their name, the 'Colossus' join c0ntact as the first two teams to be eliminated from the $1 million league as they both have a worse record than Group B's Envy, who will fight for survival via the last-chance stage with the third-placed teams.

Cloud9 were keen to make a point - that the huge investment made on this roster can be translated into titles. But the team leave Flashpoint after just two matches, failing their first big test after the organisation's general manager, Henry "⁠HenryG⁠" Greer, had described this tournament as a must-win for his side. OG will be looking for revenge against Gen.G on Friday

Cloud9 wasted four map points on Nuke - three in regulation and one in overtime -, with HenryG questioning the call to make a force-buy at 15-13 instead of saving for the final round. "I agree it wasn't a great decision by any stretch, It was certainly what cost us the game," he said after the map. But if Nuke was one of those games decided by details, Mirage was a completely different story as OG ran riot with a resolute defensive performance.

The early elimination will certainly sting for a while, leaving Cloud9 with a lot to fix before their next appearance in less than ten days in the BLAST Premier Fall Showdown, in which they will face a stacked field that includes FURIA, Liquid and FaZe.

Cloud9 came out the brighter of the two sides and raced into an early lead on the T side of Nuke, their own map pick. OG tightened up and gradually took the upper hand, but C9 were unwilling to let the game get out of hand and reclaimed the lead on the back of a 1v3 clutch by Özgür "⁠woxic⁠" Eker. Alex "⁠ALEX⁠" McMeekin's troops rallied to an 8-5 lead before OG pulled two back, with Aleksi "⁠Aleksib⁠" Virolainen ending the half with 19 frags to his name.

The back-and-forth nature of the contest continued into the second half as neither side seemed able to get a grip on proceedings. OG then enjoyed a brief spell of dominance before Cloud9 responded with a five-round streak to hit map point at 15-12. After losing the following round, C9 found themselves strapped for cash, and much to everyone's surprise, ALEX called a force buy. They were made to pay the price for such a gamble as OG snatched the final two rounds of regulation to take the game to overtime.

The British tactician seemed intent on redeeming himself in the first overtime with two key individual plays, but Cloud9 once again let map point slip. The second overtime was a one-way street as OG won four rounds without response to lock up the map.

Aleksib carried his rich vein of form into Mirage as he powered OG to an 8-7 lead after a keenly-contested first half that also saw Valdemar "⁠valde⁠" Bjørn Vangså pull off a stunning ace. Cloud9 had constantly fought back to prevent their opponents from pulling further clear, but they were blown away after switching to the T side. OG won six rounds in a row after a strong start to the second half and then held off a late comeback attempt by Cloud9 for a comfortable victory that sets them up for a rematch against Gen.G.

freshlywaxedsack
Alex is complete garbage, way out of his depth. He got lucky by being in a team with an absolute superstar like ZyWoo and some solid veterans, they made his ability to call look much better than it was in reality.
2020-11-16 06:02
3 replies
#162

rzt
they won a match xD they didn't spend a fortune on a "super team" and nobody really had hope for those guys (including me), c9 they only have two games, but based on the hype and promises they generated they disappoint
2020-11-16 00:42
3 replies
#142
Lobanjica |

NiP_sux
I mean they hyped to let the world know about them. Previous c9 roster was crap and noone cared about them. Now everyone talks only about them. They won. Personally I didn't expect so much from them especially against t1 team like oh. Yeah, it's a bit disappointing they didn't manage to win a single map but I've seen that in few months they can become t1 team. The difference between mibr and c9 is that one team was built to show up and win something really fast and then disappear. And the other team is long term project that is definitely going to pay off
2020-11-16 01:46
2 replies
#187

rehbobina
Here in Brazil, fans pressured the org a lot for a BR line, regardless of whether it was weak or not, because they would know that they would play with more passion and desire than the old line, so a line with big names from CSGO was not set up. . I think that in NA and EU the players are very inflated, especially in NA, players that are common receive absurdities and do not deliver everything that is expected of him for the price. Maybe that's why mibr bet on a weaker line thinking about maturing them for 1-2 years from now, just like the old LG-SK was.
2020-11-16 12:53
#194

freshlywaxedsack
The C9 team is going nowhere, they need a real IGL and a real star rifler. They can build a team around woxic, es3tag and floppy for sure, but they need a capable IGL and someone to create their playbook around. Woxic has the potential to be that someone, but he's so inconsistent that I don't think it'd work. There is a reason JKS laughed in their face and went to Complexity.
2020-11-16 19:00
#112
SPUNJ |

Device_no_1_always
HenryG was stupid to think estag will perform like he performed in Astralis with zonic and glave giving ideas.
2020-11-16 02:30
#13

supersexyasian
i think henriJ should really give me a shot, i go positive in mg2 competitive and casual matchmaking and when i play deathmatch my headshot is 51% (higher than simple btw) i think he could do without this messi wannabe and switch to the number wan player 2021 (me btw) tell me what you guys think
2020-11-15 20:39
5 replies
#33

kaeschdle
Tbh it’s too early to say anything about this roster but with making the promises Henry g made it’s totally justified to talk shit now
2020-11-15 20:47
2 replies
#88

kaeschdle
> AnYThiNg eLsE thAN wInnIng flaShPoInt wiLl be a dIsAppoIntMeNt > proceeds to go out 0-4 in maps Too much pressure, hype and promises made. Team has potential but the first showing was underwhelming as fuck
2020-11-15 20:45
10 replies
#31

Naamiko
HenryG was hyping them up on his twitter to such a high degree, that this inevitable. As a GM he was telling the world that his team is the greatest, with the best players, and you're going to destroy every other team.
2020-11-15 20:49
2 replies
#39

kaeschdle
IMO mezi es3tag and Alex are a Great Core. I wasn’t too happy about the woxic or floppy pick tho. But all in all this team has potential and just needs more time. But hyping them up was a big mistake
2020-11-15 20:53
#40

AmbiciousPotatoes
And then he says "its what cost us the game" about the force buy round, imagine being shit on about your decision making from your own GM, like wtf?
2020-11-15 20:57
#76
face |

vutalisk
Well, no one should expect them to advance far in this tournament. Very recently formed team. Will take some time to come together. Still eliminated without winning a map is disappointing especially vs VP and OG, the two teams they're doing only OK lately. Good luck at the next tourney.
2020-11-15 21:05
1 reply
#131

yadontsay
everybody had such HIIIIIIIIIIIGH expectations of this team, i can't even comprehend why. they're newly formed, under pressure and with everyone scrutinizing them. terrible
2020-11-15 21:47
1 reply
#154

WaSTe_D
the hype henry and others players created around them was really too much, especially if you claim you are gonna win the first ever event you play as a team.
2020-11-16 03:42
#90

ssau
I’ll say this- the cloud9 with sonic and those other guys would have done better than this. But at the same time this is what happens when a team is brand new. You can’t throw 5 players together at the last minute and win a tournament like this. There isn’t even a core to base this team off of. None of these players have been in a team together that I know of. It’s completely from scratch. They need more time to show results
2020-11-15 22:28
#108

Salodreah
Not mentioning these? They did this too much even after playing for almost a year Lost winnable 5vx situation Lost to half-buys SLOW rotation, causing their strat to be readable - check their OVP vs Spirit
2020-11-16 09:33
#185

madman112
People blaming C9 for a poor showing but really this was unlucky from them. Having a poor showing on the 1st game made them play against the top-ranked team of the event in the decider match. And when OG play at their best level they can beat any team on the planet. OG played great. Gz to them.
2020-11-16 08:22
1 reply
#179

I_luv_earth
the irony is that OG is a team of the same "type", it assembled strong players from all around the world, who have never played together, and OG weren't as good as they are when they started, and people were talking shit about them too a couple months ago, which only shows that these guys are kinda dumb
2020-11-16 08:31
#180 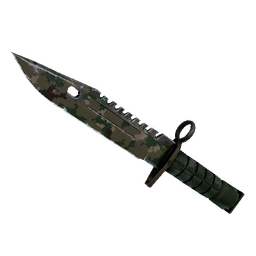 device
Player of the week
1.33