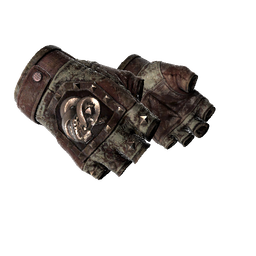 The 21-year-old academy player will get the chance to learn from the team's stars but he won't be tested as a sixth man.

FURIA Academy captain Leonardo "⁠zmb⁠" Toledo will link up with the organisation's main team in their bootcamp in Belgrade, Serbia, it was announced on Monday. FURIA hope that this opportunity will push the player to speed up his development after he raised eyebrows while playing in domestic competitions.

"One can notice that you're one of the most dedicated and hard-working players on the team," FURIA captain Andrei "⁠arT⁠" Piovezan said. "Working hard and striving for improvement are part of FURIA's DNA. You'll learn how we do things and perhaps you'll also be able to help us by analysing our games with a critical eye, so I think this will be a very cool process." zmb will spend the next month bootcamping with FURIA

zmb has been a part of FURIA's academy setup since July, when he was recruited together with Raul "⁠r4ul⁠" Bruzaca. In September, he led the team to victory in the Logitech G Challenge, in which they beat his former squad of Alma in the final.

The announcement comes at a time when FURIA are looking to join the ever-growing list of Counter-Strike teams who have expanded their rosters during this online era. However, André Akkari, one of the main investors in the organisation, stressed that the move is unrelated to the ongoing search for a sixth player and described this invitation as an "internship".

"We are searching for a sixth player, [but] that's not what we're doing here", Mr. Akkari said. "What we want to do is to help in your development so that you can have the conditions in the future to be the sixth player. This is not a test, it's an internship for you."

FURIA are one of the North America-based teams who have travelled to Europe to compete in the final tournaments of the year after being limited to regional action during the first months of the pandemic. The Brazilians had a rough first tournament, finishing bottom of their group in the BLAST Premier Fall Series following losses to G2 and MIBR. They will return to action next week in the BLAST Premier Fall Showdown before playing in DreamHack Masters Winter and in the IEM Global Challenge. DDoubleE
Thats not how a 6 man roster works. Look at G2 switching around Amanek and Jackz and also Astralis switching around Bubzkji and Es3tag when he played for them. Furia will most likely use him on some maps during practice. Lets say they practice vs Fnatic, they let X player play 1 map, then ZMB plays 1 map or even 2 and so on. Like the Astralis guys said, when Es3tag didnt play he gave the others feedback and ideas and so on, which was a good thing for them. I cant remember who said that, i think it was Dupreeh, Device or Magisk.
2020-11-17 00:39
13 replies
#21
malta |

DDoubleE
#23 I know? But again: They will still most likely let him play a map or so during prac. They dont have to say "Oh yeah yeah, he will play blabla", thats not our business. Obviously he isnt a monster talent and i guess his main reason being there is to observe, get some ideas for Furia Academy and so on.
2020-11-17 00:43
#31

Pristion
That just means he won't be playing official matches. It's implict that "joining the bootcamp" means he is going to practice with them. Also, isn't even logical to fly someone to Europe just to watch.
2020-11-17 00:48
8 replies
#33
mezii |

DDoubleE
Literally everyone go to Serbia for bootcamps mate. They have some sort of LAN place that is insane. Some Serbian guy or whatever can probably explain it better.
2020-11-17 01:02
2 replies
#54

morabrasil
Serbia is the easiest access to EU. This is the main reason. I guess furia rented a house or something like that, as well as their PCs, different from mibr (old and current) that are bootcamping at Relog Media. Cloud9 and EG were at this lan as well.
2020-11-17 01:15
#57 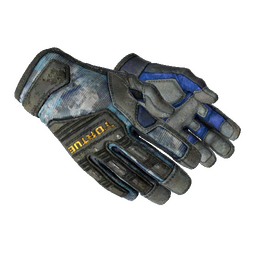