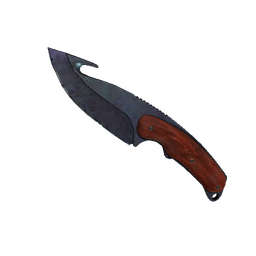 BLAST Premier Fall Showdown will have the same eight-person broadcast crew that brought the Fall Series to life.

BLAST has announced the team of talent that will guide viewers through BLAST Premier Fall Showdown on November 24-29, the 16-team tournament acting as a last-chance qualifier for the Fall Finals.

The crew will be the same that that worked the recent BLAST Premier Fall Series, which includes James "⁠BanKs⁠" Banks hosting the desk, flanked by Jacob "⁠Pimp⁠" Winneche and Mathieu "⁠Maniac⁠" Quiquerez analyzing the matches played in the tournament's single-elimination bracket, as well as Freya Spiers on interviewing duties.

Bringing the action live from inside the server will once again be the Canadian duo formed by Conner "⁠Scrawny⁠" Girvan and Mohan "⁠launders⁠" Govindasamy as well as veterans Anders "⁠Anders⁠" Blume and Auguste "⁠Semmler⁠" Massonnat. The BLAST Premier Fall Showdown follows the recently concluded Fall Series, giving the eight bottom teams from the aforementioned tournament a second chance to make it to the season's finale, the BLAST Premier Fall Finals, as they face off against each other and eight challenging teams that were invited or made their way through qualifiers.

The opening matches include a CIS derby between Virtus.pro and Spirit, as well as Marcelo "⁠coldzera⁠" David's FaZe playing MIBR in the sixteen-team single elimination bracket that will give the two top teams spots in the Fall Finals.

The full Fall Showdown talent lineup is the following: lame^
i prefer hugo over harry, I feel like maybe both could shine better paired with other casters, they do this weird thing during matches all the time where one will just do all the talking and the other wont say a word for a round or two, usually harry is the quiet one. Like they dont go as back and forth with each other as much as spunj/machine and anders/semmler, even anders casting with youm3 the other day I thought was really good. It just feels very awkward to listen to them sometimes because what I just said, even sometimes stunna chimes in to bail them out when both of them seem to go mute for no reason at all
2020-11-18 00:35
5 replies
#96

AmbiciousPotatoes
you have scrawny for the hype, thats why they are good duo, in this online era anders and co dont bother hyping too so its pretty much the same
2020-11-17 18:08
#82
seang@res |

TyFor2MilNoRefunds
Yeah you're probably too dumb to realise their talent. Harry and Hugo are great. Especially when they are with trace, it's hilarious. And launders and scrawny aren't funny but they are good wordsmiths with a nice read of the game and nice hyping. It's insane how much shit the dumb non English speaking community talk about the insane csgo talent line up. I bet you rate someone like pimp who's probably the worst Caster of the list just because he's an ex pro
2020-11-18 14:21
#91

bruhmegalol
I honestly think they work kinda great. they offer a breath of fresh air after hearing machine and spunj talking all day
2020-11-18 09:20
#3

marusgg
cause he's very cocky but doesn't have the knowledge to back it up. And imo most of the time what he says is not right. Also he's cringey I like to think that he is the aliexpress version of thorin
2020-11-18 13:35
#16

poL_aris
he said that “poland is a shit country” in some podcast from long ago cant find the clip on youtube but it was extremely edgy, not exactly malicious but not incredibly funny either
2020-11-18 06:00
3 replies
#93

SebL
Didn't know that, but I know that a lot of Poles who went to UK to live there are like the worst class, like ppl who couldn't get a job here etc., and I know that UK ppl will not like Poland, and nowadays everyone says that Poland is shit etc., so I kinda got used to it already.
2020-11-18 09:32
2 replies
#107

lame^
I like semmler but sometimes his casting sounds more like a spectator getting hype than a caster, kind of why I like him though, just feels like a dude just enjoying to watch a game he loves rather than someone getting paid to do this but I could see how that comes off as he's getting fake hyped up, sometimes it feels a bit much or getting a bit overused in some matches, still gets some great moments though.
2020-11-18 00:40
#23
TheEntireNationOfKenya |

SlavKnightGael
Scrawny who makes gorilla noises when coldzera makes a play? Of course I'll dislike people who discriminate, which is ironic since he's LGBT-something. Don't know how Niko's toxic or a "rat", though. What did he do?
2020-11-18 11:40
2 replies
#104

marusgg
destroys faze with his ego and bad decisions and then leaves. it's like having a relationship with a girl and then being bad to her and then fucking her life up and just leaving. Not sure if you're a blind niko fan or just uninformed. Watch thorins video for more information: watch?v=iUyPafP8q_8 and scrawny: I like him because he's different, he can go ooga booga and gives attention to the skins the players are using (which once again is different from other casters) and his hyping up is different too
2020-11-18 12:01
1 reply
#111
Rob4 |

AmbiciousPotatoes
scrawny and launders>anders and semmler in online era Anders just gets lost in some side subject and semmler although better laughs half the time like he is on crack, just becomes cringe
2020-11-17 18:10
1 reply
#94

poL_aris
+1 honestly i am confused. i really like him and you would think that because he actually has played/coaches the game at a high level hltv would like him too.
2020-11-18 06:04
#88
DickStacy |

W1SHmaster
Don't get the hate tbh. I didn't really like Launders and Scrawny in the beginning but nowadays I prefer them over most other casters. Also why do people not like Pimp? The guy knows his shit.
2020-11-18 14:34
#116