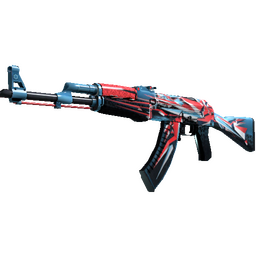 emi to step in for GODSENT in BLAST Showdown, DHM Winter

The former c0ntact member has been trying out for the team and will get the chance to prove his worth in two official competitions.

Luka "⁠emi⁠" Vuković will be GODSENT's fifth player in the BLAST Premier Fall Showdown and DreamHack Masters Winter, the Swedish organisation announced on Thursday. The 27-year-old will fill the gap in the squad left by the benching of Kevin "⁠kRYSTAL⁠" Amend.

HLTV.org reported two weeks ago that emi was one of the players on GODSENT's shortlist to replace kRYSTAL and that he had begun playing for the team as soon as it was decided that the German would be replaced. He has been without a team since August, when c0ntact signed Marco "⁠Snappi⁠" Pfeiffer to lead the squad, with his contract being terminated two months later. emi will play for GODSENT as a stand-in

emi played for Balkan teams like iNation, Binary Dragons and Valiance earlier in his career before taking up coaching in November 2018. He guided CR4ZY during the team's Legend status run at the StarLadder Major, returning to a player role shortly afterward in the wake of the transfers of Nemanja "⁠nexa⁠" Isaković and Nemanja "⁠huNter-⁠" Kovač to G2. In January 2020, the team was sold to c0ntact in a deal worth over $1.5 million, according to a report from 1pv.fr.

GODSENT will face mousesports on November 25 in the opening round of the BLAST Premier Fall Showdown, in which two spots in the Fall Finals will be on the line. The two teams have also been placed in Group B of the DreamHack Masters Winter event alongside Astralis, Liquid, G2, Sprout, FURIA and North.

The team will play their next two tournaments with the following lineup: Daev0n
Firepower and players not being utilized to their fullest extent. I mean most of the players are good individually but you always saw one or two of them play well and others play mediocre or average. Either Farlig and zehN, Farlig and Maden, STYKO and Maden ... but rarely all of them. Changing the IGL might bring them to change some roles which suit them better.
2020-11-19 23:45
6 replies
#122
Polin |

Daudy
I am doubtfull about that. Krystal is one of the smartest players in whole of CS dude made it into major playoffs multiple times with t2 teams at best. If he had mechanical skills of lets say zehn or styko or even maden (since maden is least consistent on this team) he would be most sought after international IGL. Or he would be IGLing BIG. point is krystal is in the scene for so long because he is willing to have the shitspots and has one of the biggest brains in CS.
2020-11-20 00:34
5 replies
#123

GermanHLTVAmbassador
I think the collective agreement was that while krystal is a bot, he is one of the best igls in the world and that removing him was a bad move.
2020-11-19 19:06
#8

dontrax
kRYSTAL sucked individually but at least he was a decent IGL for all these brain dead players except SKYKO. It’s game over for GODSENT now.
2020-11-19 18:48
3 replies
#39

JerryTheToast
First they postet something like "HLTV comments thought this is a good idea, lets do this" and everyone replied that it actually wasn't at all. Then they deleted it and postet that up there without the option to reply. Hype and love indeed…
2020-11-19 18:48
3 replies
#42
kRYSTAL |

futplxyer
but it's cuz FPX are gonna sign this roster and FPX have placed some Serbian guy to manage their team ahah so he gets fellow serb as IGL lol
2020-11-19 19:50
9 replies
#79

futplxyer
well wasn't working out with Krystal. Yes u could say he sacrificed himself for team but still little impact in fragging for the team...
2020-11-19 20:12
3 replies
#93

hitomi79
peca markovic... well, the one who really screwed up wirh FPX is pric3tag who left before signing complete roster of Heroic last year, so this line-up is more of a comfort prize, but I believe that maden, zehn and farlig can pull this off
2020-11-19 19:55
3 replies
#140
dj_skullfuck |

hitomi79
Well, tbh it was pric3tag who screw up with transfering to astralis seconds before roster signing, it was a done deal and now they pay second year of participation in flash point w/o team to compete.
2020-11-20 08:13
#144

Ger_1_Einstein_World_0
you are overrating them a lot. Styko was kicked twice from mouz. Zehn plays for so long as tier 1 player he would have never played for godsent. Farlig just a talent but far away from a Brollan or ropz. Where are these tier 1 players?? Or is average nowadays Tier 1? I see better players in sprout atm.
2020-11-19 19:25
4 replies
#66

botlof_top1_ecolai_0top1
styko got kicked from mouz, but on godsent he plays much better even against better teams. farlig is an upcoming talent. zehn has been playing cs for a long time, but he never made the step into professional cs. maden is a god anyways.
2020-11-19 19:34
3 replies
#118

Daev0n
STYKO changed positions, he was playing support in mouz but you could see how good his aim was sometimes. Also he played really well in HR, which were a top 15 team before. zehN was always good, dunno why he wasn't picked up by a good team apart from PENTA. Farlig and Maden are gods. Dunno what that guy is talking about.
2020-11-19 23:49
2 replies
#125

Pardi8
this has nothing to do that i'm german. you kick a bad fragger but good igl to get a bad fragger and bad igl. and when i see your other comments you overrate the players of godsent. without a good igl and leader this players would have earned nothing. krystal helps players to unleash their best playstyle in most of his teams and then get kicked because of bad performance from himself. that doesn't make sense. it would only make sense if you get an igl who is top 10 igl but you get emi who is absolutely trash.
2020-11-19 22:41
#34

BIGGEST_GODSENT_FAN
They tweeted something like "HLTV forums thought this was a good idea and so do we" or some shit everyone started saying no one actually thought that so they deleted it lol
2020-11-19 19:43
#55

LeviathaNz
They had many examples of what removing an IGL does but yet proceeded to do so. I have no idea what they are doing. Especially since this "emi" guy isn't better. Why not getting snappi ? And if you're getting bought out by FPX just wait until you joined them and buy FalleN ?
2020-11-19 21:51
1 reply
#148
s1mple |

ILOVEFEET
Nice bait. Emi is literal dogshit, both at IGLing and fragging. Krystal is at least a good IGL. AZR will be picked up eventually Emi is just a placeholder
2020-11-20 03:48
6 replies
#133

ILOVEFEET
hmm, idk maybe because last time they tried to kick him they fell apart within weeks and had to beg him to come back? fucking moronic baiter
2020-11-20 04:01
2 replies
#137